Did You Catch This Wine Bottle Easter Egg WANDAVISION? - Nerdist

Did You Catch This Wine Bottle Easter Egg WANDAVISION?

Just like the night, the WandaVision trailer is dark and full of secrets. Though the time-hopping trailer looks fun, it likely represents a break in reality for Wanda. The creative team behind the show have given us more to chew on in regards to that theory with an incredibly exciting Easter egg that appears on the side of a wine bottle.

The trailer centers on the titular couple living in a dreamlike American home. But things are not what they seem. As the pair host a dinner party and traverse the trailer, they glitch between different eras from an I Love Lucy-style ’50s series to an ’80s sitcom. The former is the most important here as the trailer hides one of its biggest secrets while the pair hosts a dinner party. Playing on the aesthetic and tone of Bewitched, Wanda magically pours a bottle of wine for her guests. But it’s what’s on the label of their chosen beverage that should really get you excited. 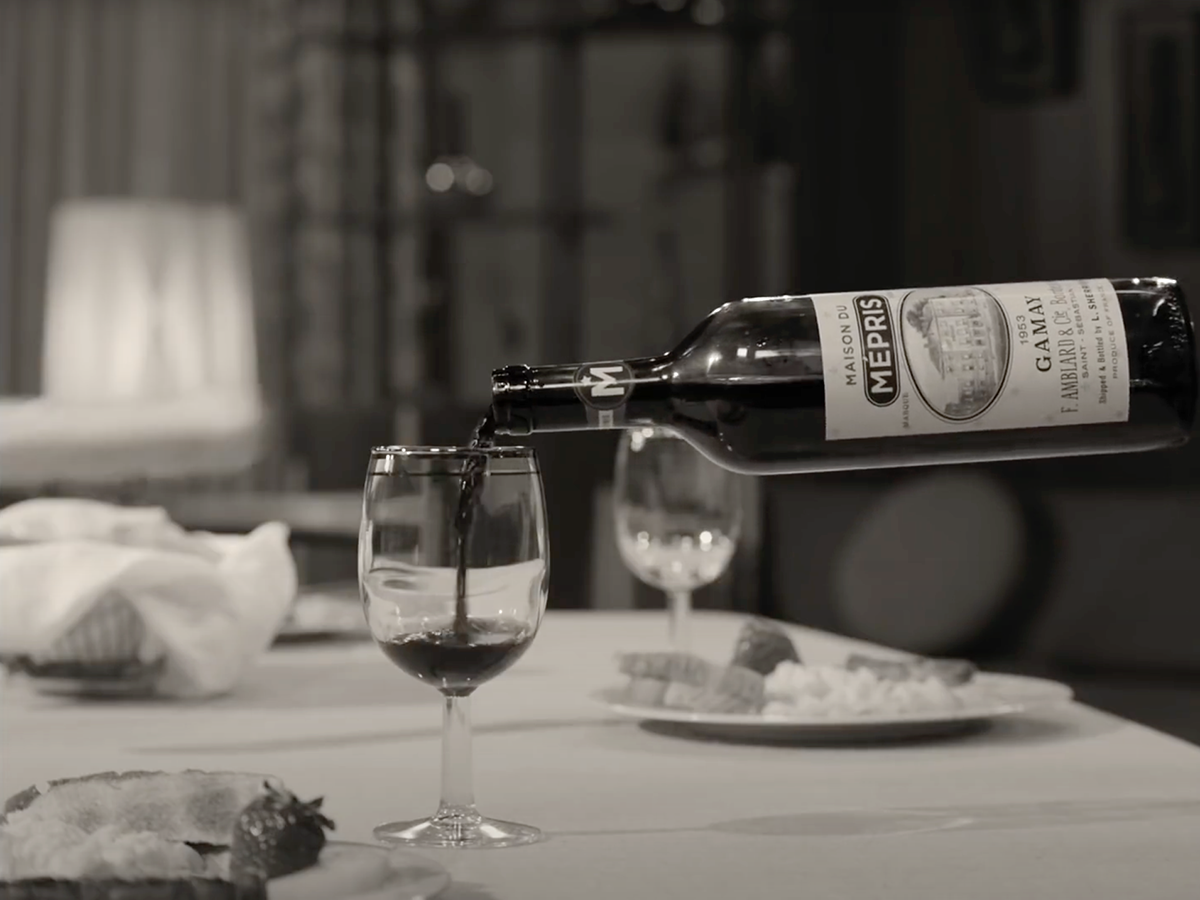 The direct translation of the label is “House of Contempt,” which is interesting in a lot of senses, not just because of what it can mean emotionally for the pair. Wanda is resentful of her loss. She’s creating new dimensions in contempt of the boundaries of reality. She’s full of ill-will for those who would stop her from living her dangerous—and likely dream—life. But more because of the other way it could be read… if we ignore the “épris,” then that bottle reads “House of M.” It’s one of the key storylines in Wanda’s comic book backstory. The import of this tease can’t be overstated. 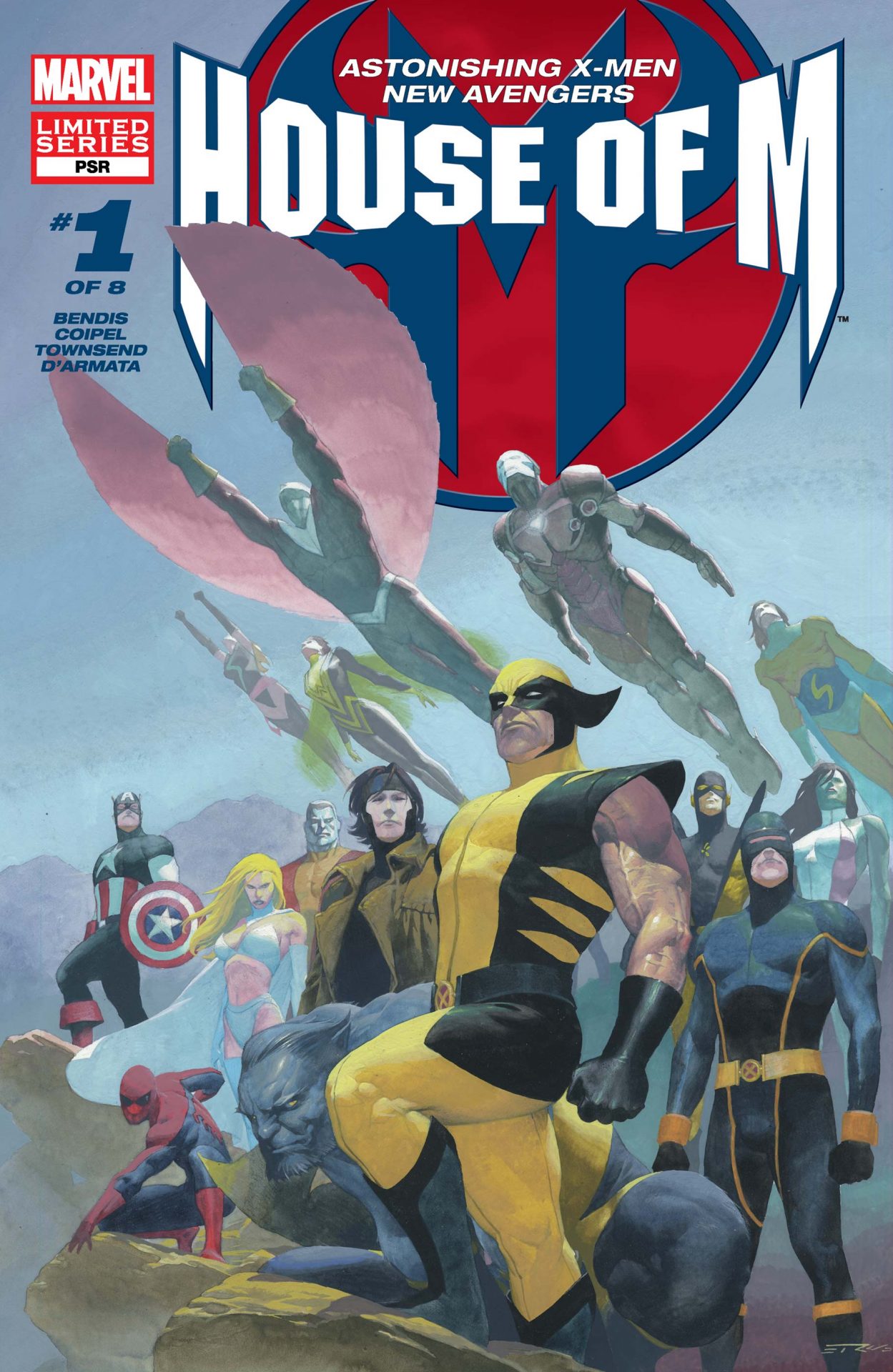 Brian Bendis and Oliver Copiel’s comic shook up the Marvel Universe and its fandom in ’05. House of M imagines a world where Wanda Maximoff and her grief are far too powerful to be protected and controlled by Charles Xavier. In classic Wolverine fashion, the clawed hero suggests the X-Men kill the devastated woman in order to save the world. Though it isn’t revealed until later, her brother Quicksilver and father Magneto use this moment to manipulate Wanda into rewriting a reality where mutants rule and Magneto is the leader of them all. Plenty of strange things happen during this story but the really important part for this theory is the introduction of a new reality.

Kevin Feige confirmed Wanda is at the center of the upcoming Doctor Strange in the Multiverse of Madness. With the sequel continuing directly from WandaVision. So what could the House of M connection mean in that context?

The Multiverse of Madness 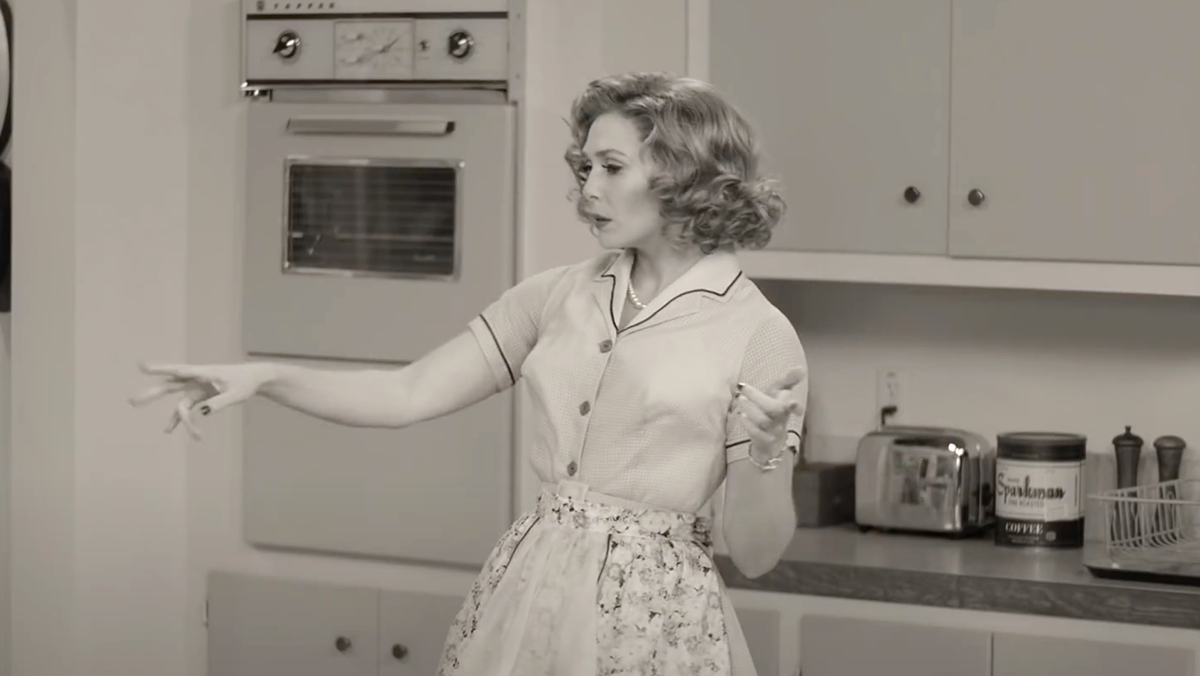 One of the most heartbreaking parts of House of M is the fact that many of the heroes are truly happy in their new lives. Spider-Man has the family he always dreamed of with Gwen Stacy, and Cyclops has found happiness with Emma Frost. That domestic bliss is exactly what Wanda is apparently attempting to create in WandaVision. What we see in the trailer could just represent Wanda’s warped mind attempting to find happiness in a new reality? Has she perhaps already created a pocket-dimension that threatens the rest of reality as we know it? Monica Rambeau momentarily appears and seems to have been thrown out of something. Is the agent of S.W.O.R.D. hunting down Wanda, finding herself rejected from the alt-reality the mutant has created?

Whatever happens within the confines of the show, it’s clear Wanda’s ability to manifest multiple realities will come into play. One of the defining moments of House of M occurs at its finish as the Scarlet Witch states “No More Mutants” in response to her father’s machinations. We could see a reverse of that here, with Wanda’s actions introducing the X-Men and mutantkind to the MCU. Heck, by the end of WandaVision we could be living in the world Magneto and Pietro created with mutants as rulers, and Multiverse of Madness could be dedicated to trying to fix it. Perhaps the “House of M” bottle is a warning to Wanda about her own family and their contempt for her, the world, and the people that she loves?