Perhaps above all else, fans have critiqued Marvel for its uniform approach to aesthetic and vibe. But every so often, the studio breaks from routine, and often in turn delivers something of outsized impact. Case in point: the likes of Guardians of the Galaxy in 2014 and Black Panther four years later. And the next piece of Marvel filmmaking looking ready to shake things up is its small screen venture WandaVision.

The premise alone is a departure for Marvel. The magical powers-addled Wanda and technologically advanced Vision travel through time. Their mission: to avoid the forces that would delineate them from their plight for a normal life together as husband and wife. But what’s even more inventive (and inviting) is the show adoption of the styles of different eras of TV comedy, corresponding with the decades Wanda and Vision wind up in. We’ve gotten our best look yet at the show in the below trailer. It debuted on Sunday night during the 72nd Primetime Emmy Awards.

The trailer sets up camp primarily in what appears to be the ’50s. Thus, it undertakes the look and bounce of shows like I Love Lucy and Leave It to Beaver. Debra Jo Rupp and Fred Melamed are along for the ride. They play a fellow ’50s married couple that is seemingly uprooted by the very mysterious presence of Wanda and Vision. Plus there’s Kathryn Hahn, who herself appears to be up to something mysterious. 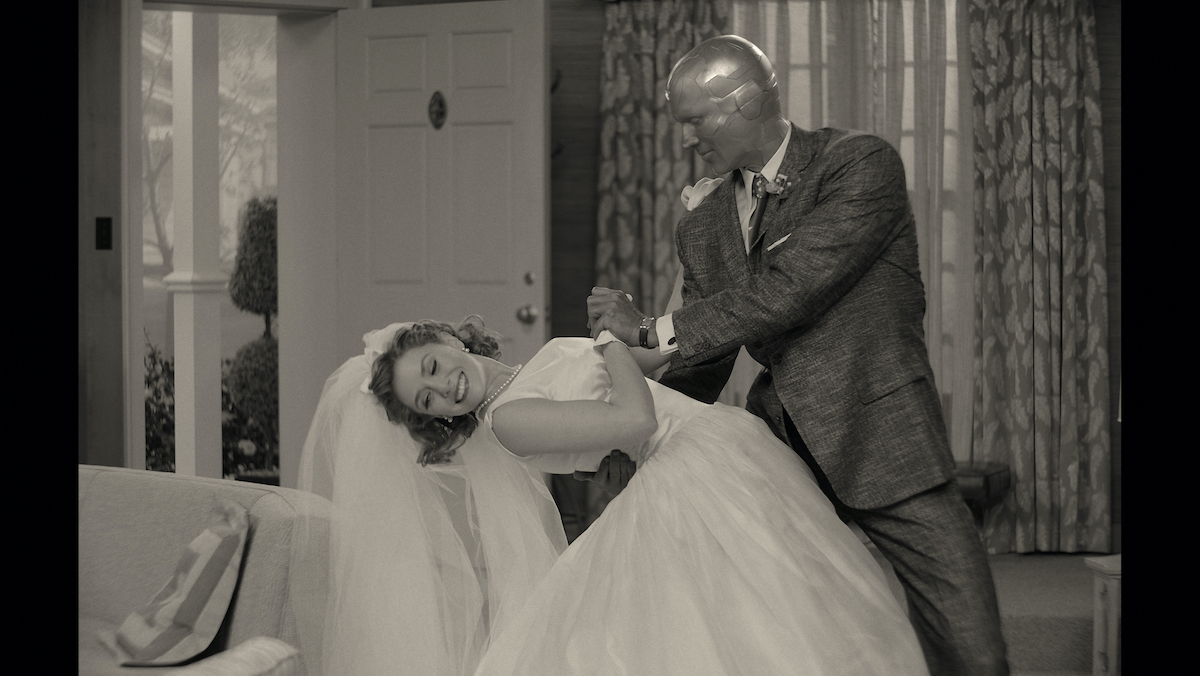 Granted, this is only a trailer, so we can’t assume that WandaVision will uphold this particularly idiosyncratic vibe throughout its run. But we can hope, as seeing Elizabeth Olsen and Paul Bettany hop from the days of Andy Griffith to Taxi to Dawson’s Creek.

WandaVision will air exclusively on Disney+ beginning on a yet unspecific date.