Spooky season is here, so that means it’s time to dress accordingly. And no, we don’t just mean your Halloween costume. Vans have now released a special series of horror film sneakers this October. The shoes offer eerie perfection and you can buy them today.

These shoes draw inspiration from some of the most iconic scary movies ever. They include Stephen King’s It, A Nightmare on Elm Street, Friday the 13th, and The Shining, and more. Vans originally announced this new special edition line in a brief video via their Twitter account, which you can watch here:

The It sneakers feature a classic checkerboard pattern, which might not make one immediately think of Pennywise the Clown. But those red balloons sure do. And written on the bottom are the words “You’ll float too.” Meanwhile, the A Nightmare on Elm Street shoes come in Freddy Krueger’s distinctive red and green striped sweater pattern. And what looks like some drops of blood from one of the Springwood Slasher’s recent kills. 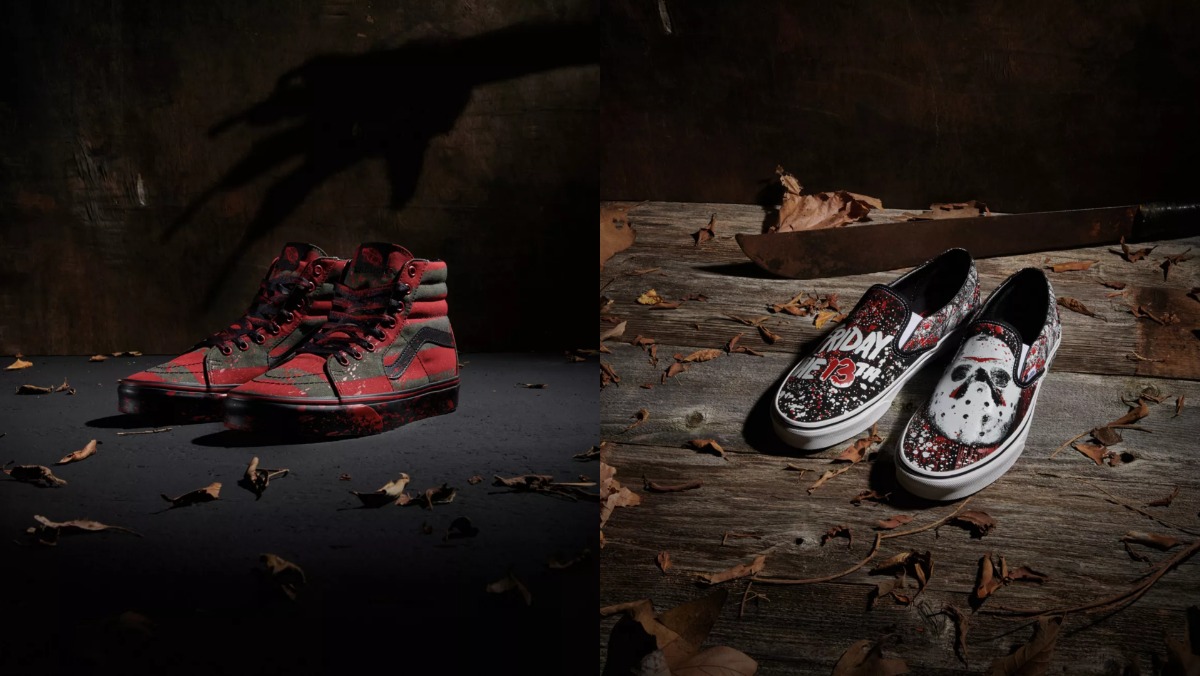 The Shining shoes feature the poster art from the original 1980 release. Interestingly, they didn’t go for the obvious Overlook Hotel carpet pattern. But they do have the words “Redrum” scribbled on them, made to look as if little Danny Torrance wrote them himself. And finally, the Friday the 13th shoes showcase Jason Voorhees’ iconic hockey mask, along with the film’s logo. We can hear those “ki-ki-ki-ma-ma-ma” noises even now. 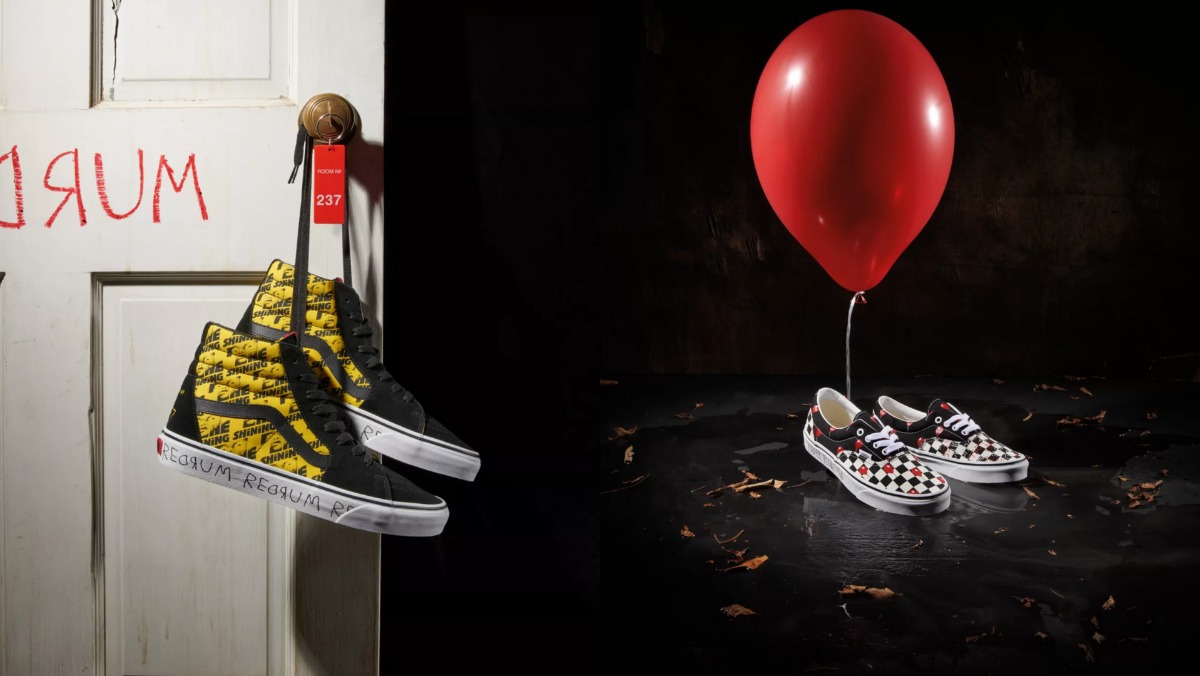 Vans has also shared further images of the shoes, as well as other parts of their upcoming horror line. 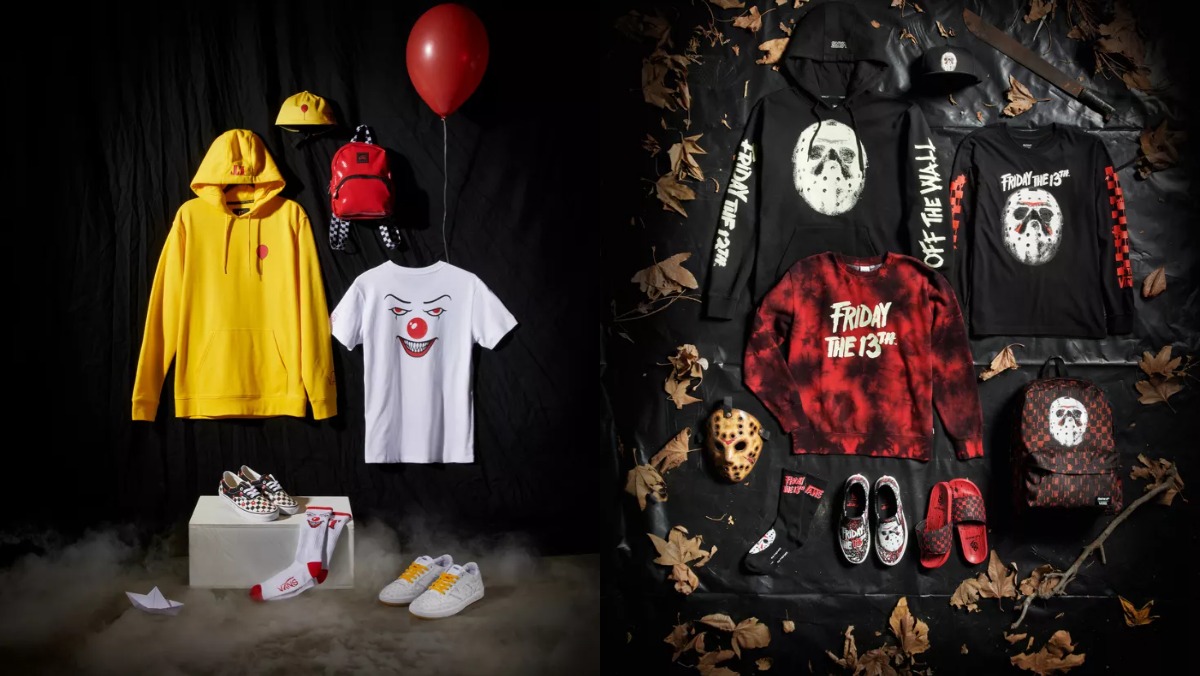 All of these horror franchises are associated with Warner Bros. films, so it looks like Vans created these shoes in a special arrangement with them. Since this seems to be a WB thing, maybe we can get a follow-up Horror Vans line next year? Perhaps featuring movies like Poltergeist, The Exorcist, and The Conjuring universe. And then there are all the horror adjacent properties like Beetlejuice. They could do a line like this one for years, and never run out of options! That’s just how deep the Warner Bros. horror well goes.

We can’t wait to find out the details and nab a pair (or three) to celebrate our horror love.

This article was originally published on September 22, 2021, and most recently updated on October 4, 2021.