Summer is officially over, and the spooky season has begun. However, in many parts of the country, summer weather continues. So, why not have a Halloween season outdoor barbeque? And if you’re going to have one, we have the perfect backyard accessory for the occasion. Thanks to Laughing Squid, we’ve come across a steel fire pit and wood burner that looks like A Nightmare on Elm Street’s iconic Freddy Krueger, as played by Robert Englund.

The burned-up face, the tattered fedora, and the glove with the knives, all the signatures of the Springwood Slasher are there. As the fire burns in the steel burner, it brings to mind Freddy’s boiler room, which haunted all the nightmares of the Elm Street children. Made by Alex Dodson of Burned by Design, this fire pit can be yours for $1,480.36. 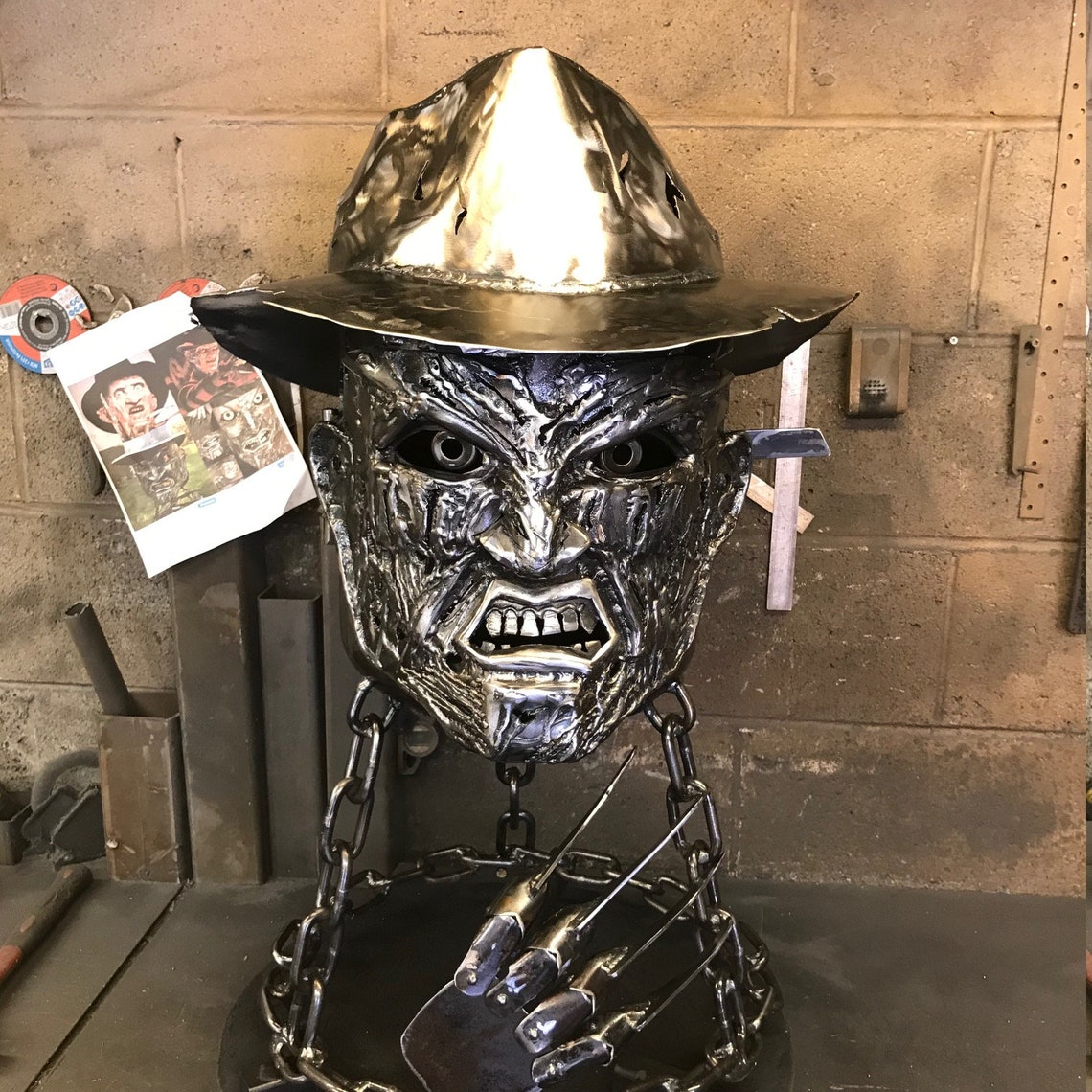 Here’s the official description from the Burned by Design Etsy shop:

“‘One, Two, Freddy’s coming for you.’ The wood burner of your nightmares. Based on the terrifying character from the A Nightmare on Elm Street franchise, our Freddy Krueger Wood Burner comes complete with the infamous bladed glove used by Freddy to slay his victims.”

Given the amount of time it takes to create one of these, just don’t expect it to arrive by this Halloween. Or frankly, even next Halloween. The lead time for making one of these is 66-70 weeks. So this is more likely something to consider for Halloween season 2023. But hey, there’s nothing wrong with planning ahead. 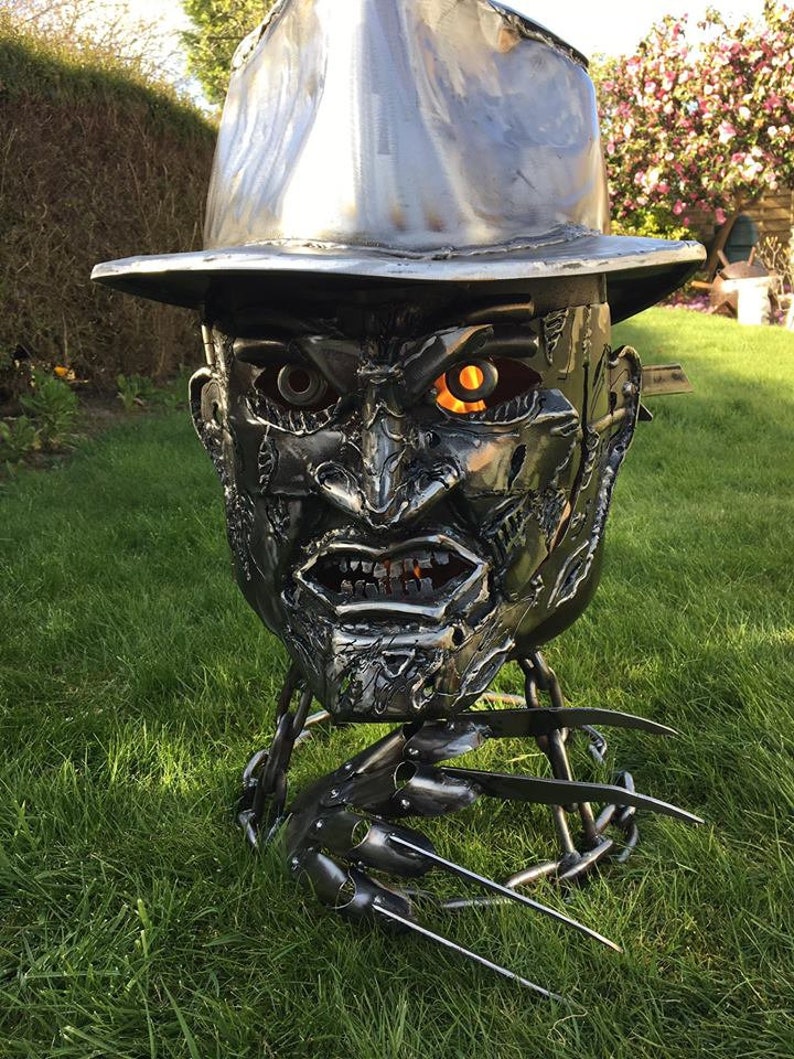 Remember that pool party from hell from A Nightmare on Elm Street 2? Freddy should have manifested as a fire pit at that party. Instead of just hanging out and slashing teenagers by the cabana. And if you want to have more than one horror-themed fire pit, Burned by Design has got you covered. There are ones for the Predator, Darth Vader, and other menacing pop culture figures. Be sure to check out their Etsy shop to see more.