I can’t believe I get to say this, but soon it will once again be time for  Animaniacs. One of the best, funniest, most absurd animated shows in history is returning with all new episodes on Hulu. And if there was any doubt whether the beloved ’90s series could live up its own oversized legacy, a new promo has put that to rest. Yakko, Wakko, and Dot proved age has not made them any less silly in an amazing new clip featuring the man responsible for bringing them to TV originally.

Hulu shared a hilarious clip at this year’s virtual New York Comic Con for its upcoming Animaniacs reboot starring the original cast of Jess Harnell, Rob Paulsen, and Tress MacNeille. This short promo is everything loyal fans hope the new series would be. The animation style is a crisp update of the show’s aesthetics. But more importantly it hits the right absurdist tone and sense of humor. This could pass as an all-time classic era vignette if not for the references to the reboot.

It’s also a spot-on spoof—one of the show’s calling cards. It parodies one of Hollywood’s greatest scenes, the dinosaur introduction from Jurassic Park. Only this time Doctors Grant, Sattler, and Malcolm aren’t looking for prehistoric creatures. They are seeking out a “species of cartoon extinct since 1998.” They seek characters “not seen since the Golden Era of animation.”

John Hammond isn’t responsible for this miracle of science… err, animation though. That’s Steven Spielberg. He was the executive producer who brought the show to television. 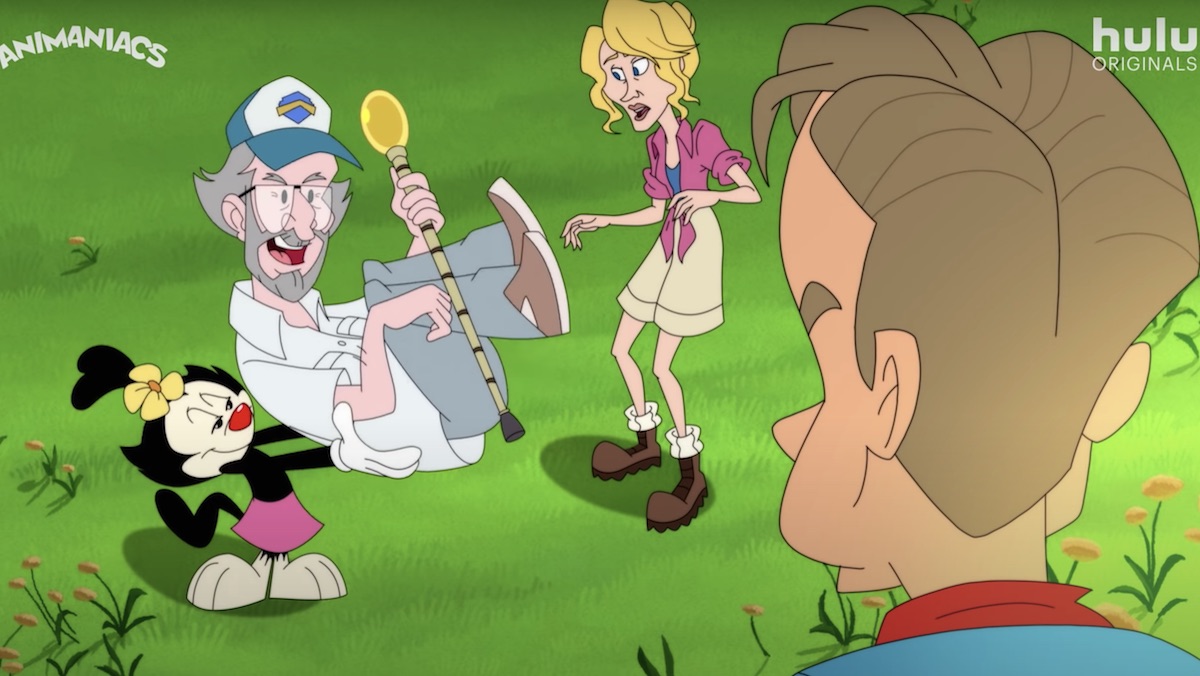 He’s not just bringing back Yakko, Wakko, and Dot though. He’s also bringing back Pinky and the Brain. Yes, Dr. Grant, we’re having trouble breathing too.

Not every animated series that gets a reboot lives up to its past. But if this promo is any indication, Animaniacs won’t miss a T.rex-sized beat when it returns at Hulu on November 20.