7 SUPERGIRL Stories That Could Inspire Her New Movie - Nerdist

7 SUPERGIRL Stories That Could Inspire Her New Movie

At long last, it has been announced that  Supergirl, one of DC Comics’ most famous heroes and current star of her own CW series, is once again  making the leap to the big screen.

This feature film adaptation of the Girl of Steel’s story won’t have anything to do with the TV version of her character, as played by Melissa Benoist, and instead be a new interpretation of the iconic hero. Instead, there are still plenty of elements and stories the live-action movie could borrow from the best of the comics over the past 60 years. Here are a few Supergirl stories that we think could inspire a fabulous film about the Maid of Might.

Although very dated by modern standards, the original Supergirl story from Action Comics #252  is still the basic template that would provide for a good movie centered around the character. In her very first appearance, Kara Zor-El’s rocketship lands on Earth, and is instantly greeted by a befuddled Superman. She quickly explains how she’s his cousin Kara, how she survived the destruction of Krypton, and how she’s now ready to join her famous kin as Earth’s protector. There’s some very dated stuff in here (Superman feels the need to hide his invulnerable cousin “for her own protection.” Groan.) but at its core, it’s still the perfect origin story.

After having been killed off in the comics and removed from DC continuity for nearly 20 years during Crisis on Infinite Earths, Kara Zor-El is revived in the pages of Jeph Loeb and Michael Turner’s Batman/Superman storyline “The Supergirl from Krypton.” She’s introduced as a confused but powerful teenager freshly arrived from another world, and it’s Batman who finds her—not Superman. Each point of the DC trinity has their own ideas of how to raise this powerful new hero, and Wonder Woman even has Kara train with the Amazons. Who doesn’t want to see that on the big screen? This version of her origin would need Superman, Batman, and Wonder Woman in it to work, so it would be costly, but way worth it. 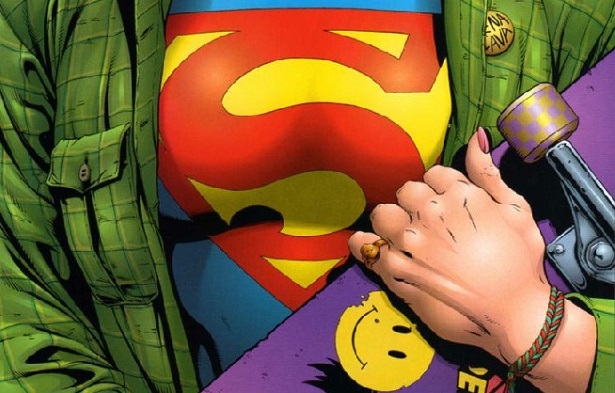 If DC wants to go really different, the film could feature a post-Kara Supergirl. In the ’90s, writer Peter David had Supergirl, then an artificial shape-changing life form named Matrix, save a dying young woman who is about to be killed by a demonic cult. Matrix ends up merging with the girl, Linda Danvers, to save her life, only to then learn that Linda was actually evil and a part of the cult. The adventures going forward follow this new Supergirl/Matrix/Linda hybrid redeeming herself for past misdeeds. Maybe too dark for a movie, but it would be cool and unusual. On the total flip side of the dark and gritty Supergirl of the ’90s, this younger readers’ title from Landry Q. Miller and Eric Jones sees Kara sent to the Stanhope Boarding School, where she enters the eighth grade. There, she becomes roommates with Lena Luthor, Lex’s little sister, and has an arch enemy, an “evil” kryptonite-created double of Kara who is very popular and a cheerleader. The stories are light and goofy, but maybe that’s what the DC movie universe needs right now. One of the more recent entries on this list, Being Super is sort of a YA version of Kara Zor-El’s earliest years on Earth. Coming from writer Mariko Tamaki and artist  Joëlle Jones, this four-issue series deals with Kara Danvers awakening to her powers on her newly adopted home planet, all the while dealing with typical teenage issues like fitting in the small town of Midvale. This is a classic coming-of-age story, and would be ideal if WB wants to appeal to the Twilightdemographic. The New 52 reboot of the DC Universe was a mixed bag, and Supergirl was a particularly prickly entry (her New 52 costume is notably awful). But there is some good in there! For example, when this version of Kara comes to Earth, she emerges from suspended animation decades after she was supposed to join her baby cousin Kal-El, and wakes up very strong willed and independent. New 52 Kara does her best to make it on Earth without the help of cousin Superman (whom she doesn’t even believe to be her cousin) or anyone else. This might make for a better film if you can’t get Henry Cavill as Superman to appear. 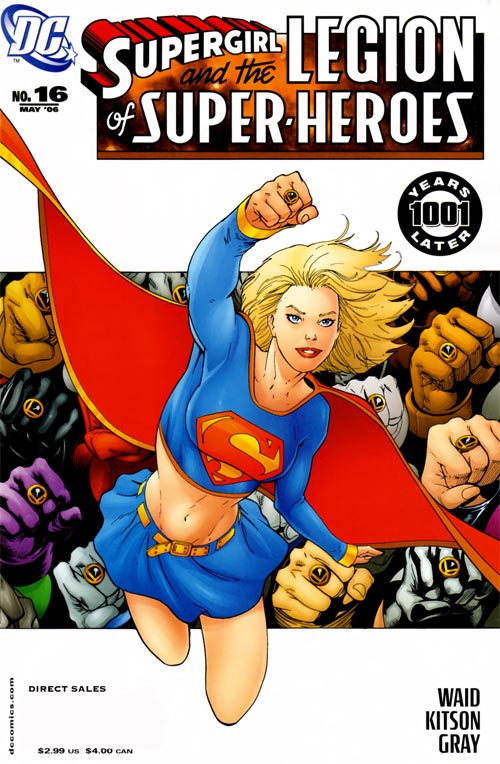 If Warner Bros. wants to go really big for the next big screen appearance of the character, they could adapt the Mark Waid-written stories from the  Legion of Super-Heroes (Vol. 5) issues #16 to #36, when it was renamed Supergirl and the Legion of Super-Heroes. These stories focused on the Girl of Steel traveling over a thousand years into the future, where she teamed up with the teenage heroes both she and her cousin helped inspire.

Which comic book stories would you like to see inspire Warner Bros in their next big screen Supergirl movie? Be sure to let us know down below in the comments.