Magic: The Gathering is full of powerful creatures. Now it’s going to have an Upside Down one too. The Mind Flayer is coming to tabletops. Fortunately, so are Hawkins’ bravest, most experienced monster fighters. Stranger Things Magic cards are a part of the latest Secret Lair crossover. 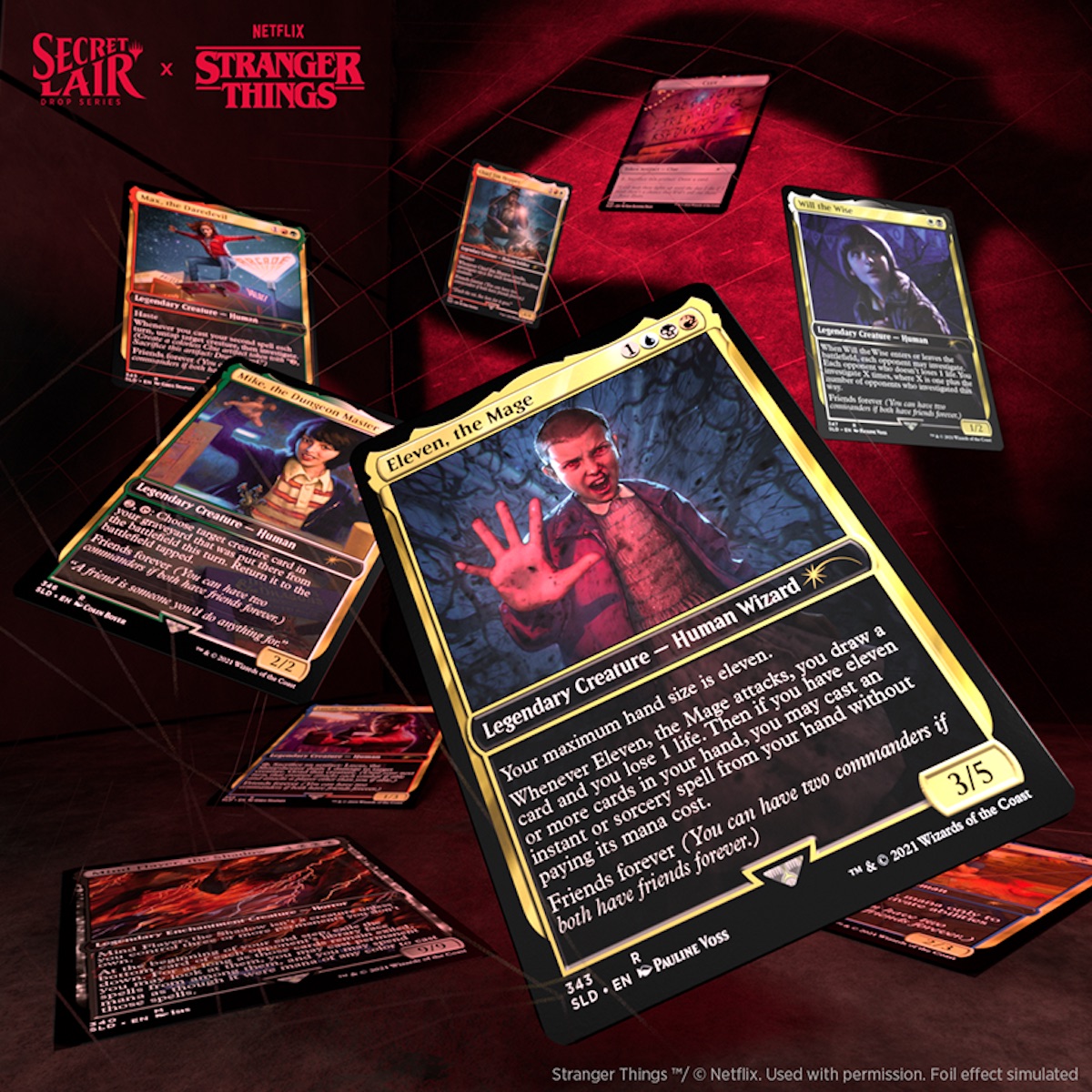 Wizards of the Coast has announced what it calls its “most chilling superdrop yet!” Magic the Gathering is partnering with Netflix’s smash-hit ’80s horror series for a “mind melting” union. Stranger Things Magic cards are the next Secret Lair drop. Secret Lair is responsible for some of Magic‘s best cards. Artists get to bring their own style to the game with different art or unique cards. Now players will get to use ones featuring Chief Hopper, Will, Eleven, and more. From the drop’s official announcement:

“The mysteries of Hawkins and the Upside Down have come to Magic: The Gathering! This drop features eight brand-new cards and a unique Clue token. Call upon some of your favorite characters from the show and apply their unique talents in unforgettable games. Whether you view them as Commanders or collectables, this drop is perfect for the biggest Stranger Things and/or Magic fan in your life—especially if that fan is you!” 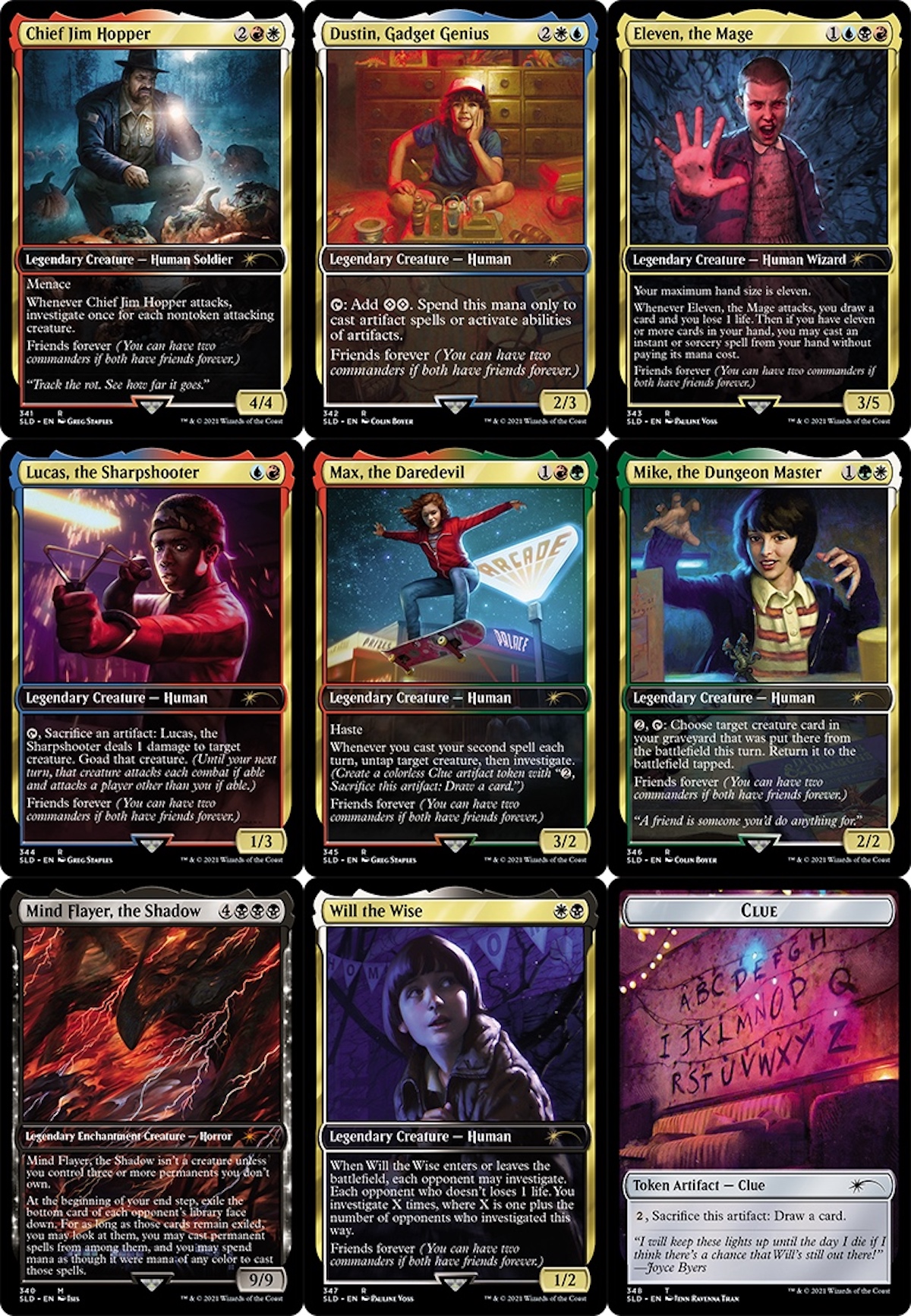 The Secret Lair x Stranger Things collaboration will be available in traditional foil ($49.99) and non-foil ($39.99) packs. It comes with cards for:

If you want to nab a pack of Stranger Things Magic cards, head to secretlair.wizards.com between 9 a.m. PT October 18 and 9 a.m. PT November 15 to preorder yours. Or you can hope to steal one from the monster that lures you into a dark mirror dimension. We’re not trained Mind Flayer fighters. But preordering seems like the much safer option.