How does Emperor Palpatine factor into Star Wars: The Rise of Skywalker? It’s the biggest question we have about the upcoming film, and how it’s answered will dramatically affect how we feel—not just about Episode IX, but about the entire saga. From the looks of things, he survived his fall down the Death Star II shaft in Return of the Jedi, which isn’t all that surprising considering how many characters fall into pits in this series and make it out alive. But what has he been up to all this time? And why did he wait until now to emerge?

There are actually some clues placed throughout new canon that could hint at where things are going in The Rise of Skywalker, and a few shots in the new trailer that line up with this information. It looks like the plot of the film could be hiding in plain sight. But how will everything fit together, and what will be the outcome? Let’s take a look at what we know before we start speculating.

Palpatine had a contingency plan

Leave it to the maniacal, self-obsessed Sheev Palpatine to have a backup plan in the event of his untimely death. The first tease that Palpatine was plotting something far more grand than just serving as a galactic emperor came in the epilogue of Chuck Wendig’s novel, Aftermath: Life Debt. In a flashback sequence, we learn that Sheev—before he was Emperor—was discovered by a boy named Rax on the planet Jakku while embarking on some sort of secretive archaeological dig. Palpatine senses potential in Rax, and promises to advance his career if he helps him with this secret project. As we learn in the next book, Aftermath: Empire’s End, this project is actually the construction of an underground observatory on the desert planet. The basic idea: to fill the observatory with Sith artifacts that could trigger a detonation, blowing up the planet from its core while an Imperial war against the Rebels wages above ground. This was to happen in the event of Palpatine’s death, as a means to destroy both the Empire and his enemies. But why would he want to destroy the Empire, which was his idea and which he hadn’t even built yet? Because Palpatine didn’t want the Empire to exist in the event of his death. Not on someone else’s terms, anyway. So he had Rax watch over this observatory for years, while he wormed his way to power, eventually overthrowing the Galactic Republic and turning it into an Empire. Once he was ruler, he inducted Rax into the Empire, and asked him to carry out the contingency plan should he die. He even created sentinel droids, which he programmed with messages to be conveyed posthumously—basically allowing Palpatine to continue controlling the galaxy from the grave.

But don’t worry, that’s not all. Palpatine also selected a number of Imperial officers to head off into the Unknown Regions, where Rax would help forge a new Empire from afar. When Palpatine “died” during the Battle of Endor, the contingency plan was activated. Rax was extremely secretive about the plan, telling only certain trusted advisors. He ordered his forces to assemble at Jakku where they would carry out a final showdown against the Empire, planning to detonate the planet’s core and kill everyone. Rax’s plan is foiled when he’s attacked and killed by Grand Admiral Rae Sloane, but as he’s dying, he tells her to hop aboard the ship the Imperialis, which is headed to the Unknown Regions. She goes off, and along with other trusted Imperial leaders, rebuilds a new order in an unknowable part of the galaxy… the First Order.

What happens if Palpatine is alive?

So yes, the First Order is essentially a machination of Palpatine’s. But at some point, Supreme Leader Snoke got involved. This timeline is still a bit fuzzy—it will probably be explained in future comics or novels—and it doesn’t totally clear up the big question we have headed into The Rise of Skywalker: what happens now that Palpatine is probably alive? In the trailer, we see a brief glimpse of a hooded figure who looks like he’s hooked up to some kind of machinery. If Palpatine survived his fall, this is likely how he’s being kept alive. Has he been waiting in the shadows all this time, looking for the ideal time to strike with an even greater force? In the trailer, we also see a shot of an Imperial Star Destroyer rising from either water or ice, and another shot of a similar ship destroying a planet. Maybe the First Order was the first step in a larger master plan. They strike against the New Republic, wearing them down before the larger threat comes out of the woodwork to initiate total decimation. 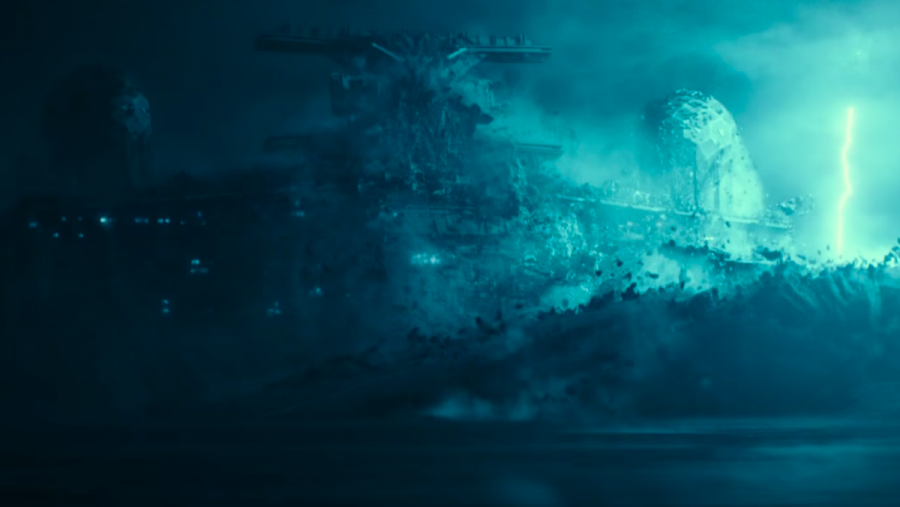 The trailer includes what could be another clue as to why Palpatine’s striking now. We hear him talking to someone, presumably Rey and/or Kylo: “Long have I waited. And now, your coming together is your undoing.” Was he watching these two young Force users from afar, waiting to seduce them into his clutches and use them as pawns? Remember that the first stage of Palpatine’s contingency plan took place on Jakku, where we find Rey in The Force Awakens. Coincidence? And good old Palpatine can’t seem to resist manipulating Skywalker men, so it makes sense that he’d set his sights on Kylo Ren—the grandson of Darth Vader. But what is he referring to when he says “your undoing”? Maybe he’s warning Kylo and Rey that their feelings for one another will end horribly unless they join him. Palpatine’s never really understood the importance and power of love, and it led to his downfall last time. Will history repeat itself? Surely Palpatine has learned a thing or two since the last time he took love for granted.

The film is called The Rise of Skywalker, so no matter what he’s plotting, it seems pretty likely that he’ll lose. But we have a feeling there’s more to this story than meets the eye. Maybe the trailer is obscuring other unseen forces. Maybe it’s total misdirection. Maybe we’re seeing a series of visions, of scenarios that could come to pass—like that image of Dark Rey. Or maybe Palpatine didn’t actually survive, and it’s his ghost taunting Kylo from the ruins of the Death Star II.

Anything could happen, and we’re in the endgame now. Star Wars: The Rise of Skywalker arrives in theaters on December 20—just two months from now.