Everything We Know About THE MANDALORIAN So Far - Nerdist

Everything We Know About THE MANDALORIAN So Far

When Disney+ launches later this year it will set a course to the galaxy far, far away, with the first ever live-action Star Wars series, The Mandalorian. The show will explore a time period of great upheaval, after the fall of the Empire and before the First Order became a threat. But whose story will it tell during this dangerous and important era? And when can we expect to see it? Here’s everything we know about the The Mandalorian so far.

After sharing sleek new character posters Lucasfilm followed up with another trailer. This moody, intense look at the show features Warner Herzog’s character serving as a de facto narrator.

With less than three weeks to the premiere, Star Wars has shared some gorgeous new character posters for the show, including ones for Pedro Pascal’s titular character, as well as Gina Carano’s former shocktrooper, Carl Weathers bounty hunter guild leader, and Taika Waititi’s droid IG-11.

With only two months left until the premiere of the first ever live-action Star Wars series, Mandalorian news has begun to crash like waves on Kamino. A new piece in EW offers more insights into the show’s setting, story, and major players, including from Taika Waititi about how he came up for the voice for the “naive” assassin droid IG-11, who we expect to be an instant fan favorite.

The most intriguing character character though might be Giancarlo Esposito’s Moff Gideon, “a former governor under the Galactic Empire whose world fell apart when those pesky Rebels blew up the second Death Star.” Esposito says the show will find him now working as a “guardian of the people,” but also adds, “But what does [Moff Gideon] really want? This guy is going to be a big player because he has an idea of how to keep order.” Order is an interesting word for him to choose, since we know the series will also help explain how the First Order came to power. It’s possible Gideon could end up being the most important character when it comes to connecting the show to the sequel trilogy.

As for the show’s titular character (who won’t remove his helmet very often), show creator Jon Favreau says that unlike Boba Fett (who will not be appearing on the show either), his bounty hunter played by Pedro Pascal is “operating in a much more unforgiving landscape where survival is difficult enough, let alone flourishing.” Pascal also added “Mando” would prefer to do the right thing in life, “but his duties could very much be in conflict with that — and doing the right thing has many faces.” Where “shooting former stromtroopers in the back,” which we’ll see early in the season, fits on the “right thing” scale is up for debate.

As for the rest of the cast, Deadline Hollywood also reports Twilight star Julia Jones has also joined the show. Her role is yet unknown, but we did get a glimpse of her hanging out in a very Old West-like home with Pascal and Gina Carano.

The closer we get to the series debut the more we’ll learn about The Mandalorian, and the longer the wait will seem.

Rise of the First Order

The Force Awakens might have returned the galaxy far, far away to the big screen, but the strength and numbers of the First Order showed the remnants of the Empire had begun rebuilding long ago. Exactly how Snoke managed to amass such a formidable foe remains one of the biggest unanswered questions of the sequel trilogy (and has only been briefly touched upon in other media). That won’t be true much longer though, because according an EW report The Mandalorian will explore the origins of the First Order. To learn what characters could prove vital to their founding, along with what the First Order’s rise will mean for the series, check out our full breakdown here.

EW has shared a new image from the series, which shows the Mandalorian fighting with two Trandoshans. While neither of these is Bossk, the bounty hunter first seen in The Empire Strikes Back, it wouldn’t be a surprise if they turn out to be connected to him in some way.

New image from the Star Wars series ‘The Mandalorian’.

The public finally got to see the first trailer for the show at this year’s D23, after it was only screened for those in attendance at Star Wars Celebration in the spring.

Oh. Yeah. And even though we’re sure you’ll watch the trailer many, many times, we still broke it down for you to find some of the details you might have missed.

Ming-Na Wen, the star of Disney’s original animated Mulan, was announced at this year’s D23 as the newest member of The Mandalorian cast. Eric Goldman of Fandom reports that Wen’s exact role, and even whether it will be on-camera or a voice over, is still unknown at this time.

Bob Iger says Ming-Na Wen is part of The Mandalorian! On camera? Voice role? (Did we know this? I didn’t know it!) #D23Expo

The Mandalorian Gets a New Poster and Release Date

The countdown can officially begin. Ahead of this year’s D23 event, Disney+ has shared the official release date for The Mandalorian, as well as a very cool poster. Mark your calendars for November 12, and maybe make some room on your walls for a new poster, because this latest one is gorgeous. It looks sci-fi meets the Old West, with an intergalactic warrior as its lone cowboy. 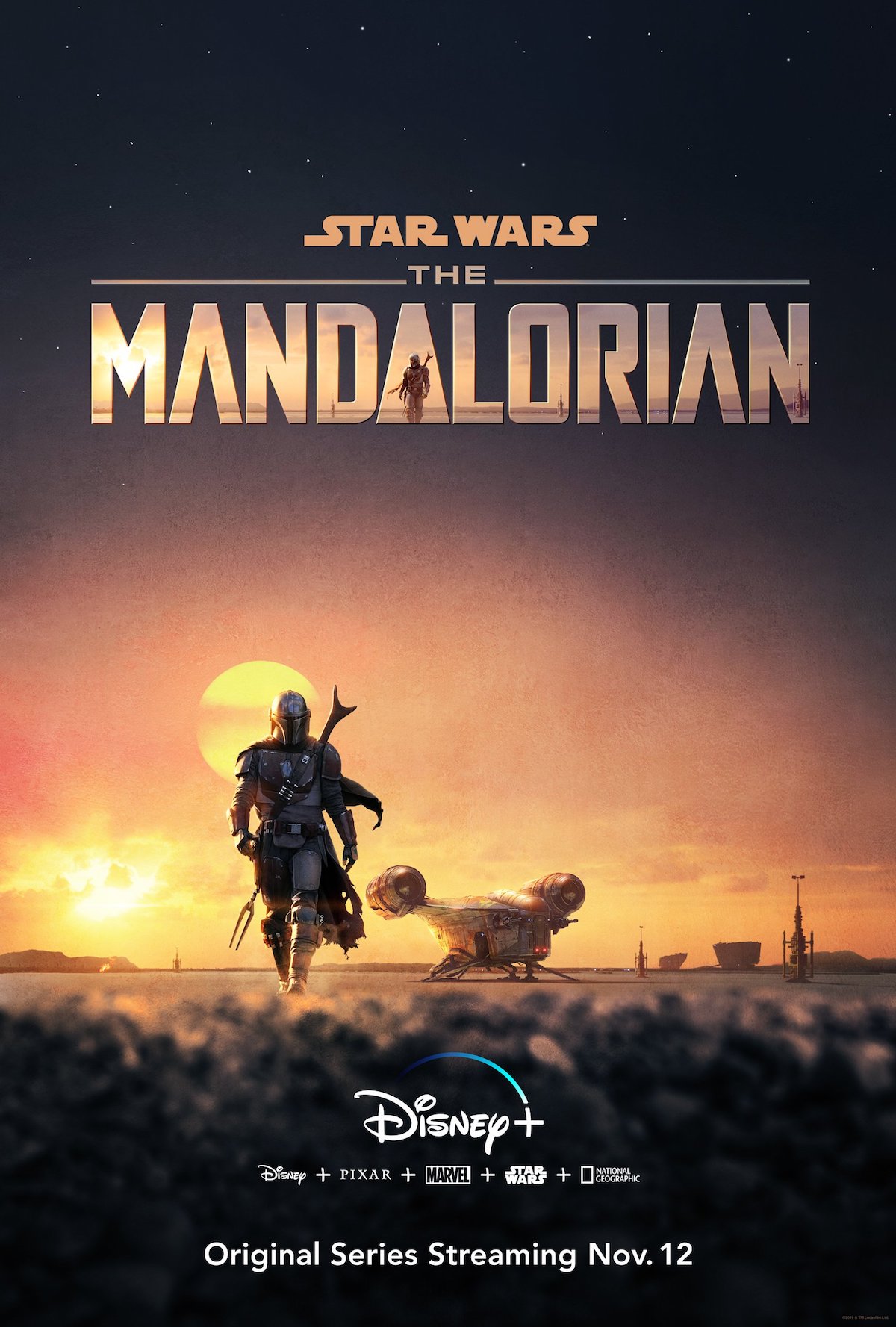 Writing on Season 2 Has Begun

Not only is season one already complete, but Jon Favreau has already begun writing season two, as he told Jimmy Kimmel on July 11. That’s a pretty great sign we’re getting a second season, and that means we can start celebrating the only way we know how. Favreau, who created the series, also offered more insight into the show and the inspiration behind it.

“It’s about a bounty hunter. It’s after Return of the Jedi, so the Empire’s gone and all hell’s breaking loose in the Outer Rim. And it’s about the scum and villainy that now – once you to take out the rule of law – what happens? Chaos takes over, and you have a lot of the unseemly characters.”

As for why he wanted to tell this type of story, Favreau said he “always loved the rogue’s gallery of bounty hunters in Empire Strikes Back,” and The Mandalorian was his way of getting “to see more about it.” Sounds like we’ll all get to see a lot more about it too. 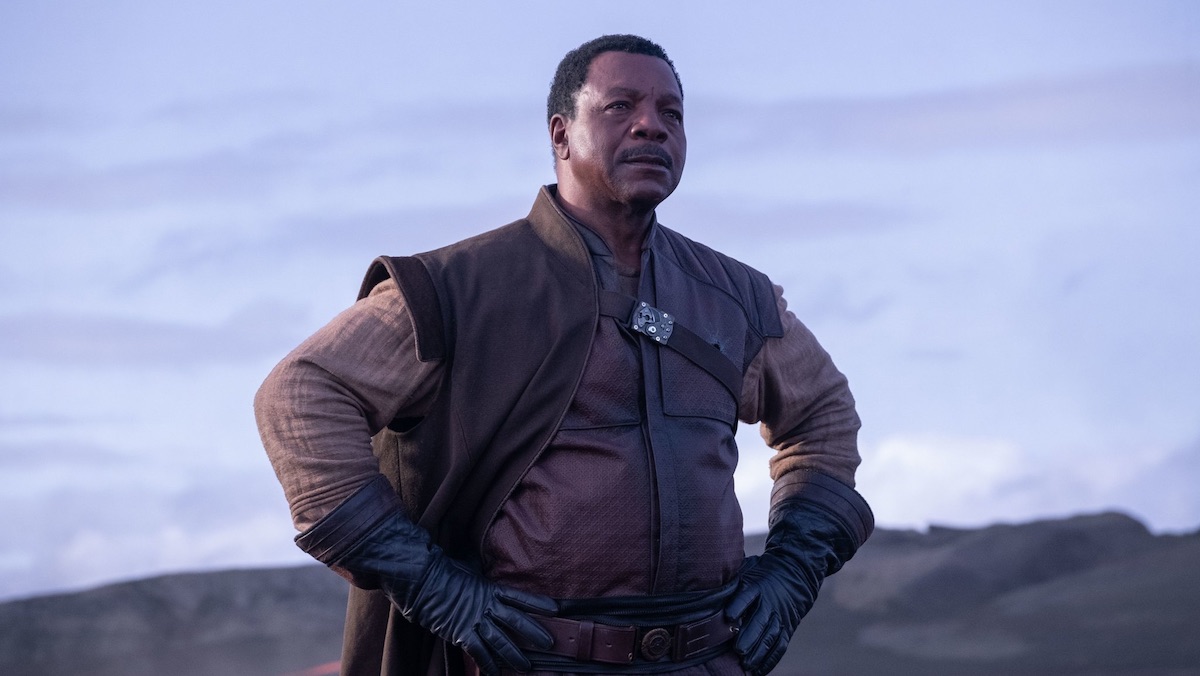 Jon Favreau, Dave Filoni, Pedro Pascal, Gina Carano, and Carl Weathers offered lots of new information and photos from the show during a panel at this year’s Star Wars Celebration held in Chicago. In addition to learning more about Pascal’s Mandalorian (and his sweet looking ship), we also found out Carano will play an ex-Rebel shocktrooper turned mercenary, and Weathers will play the head of a bounty hunter guild who hires the Mandalorian for an important job. 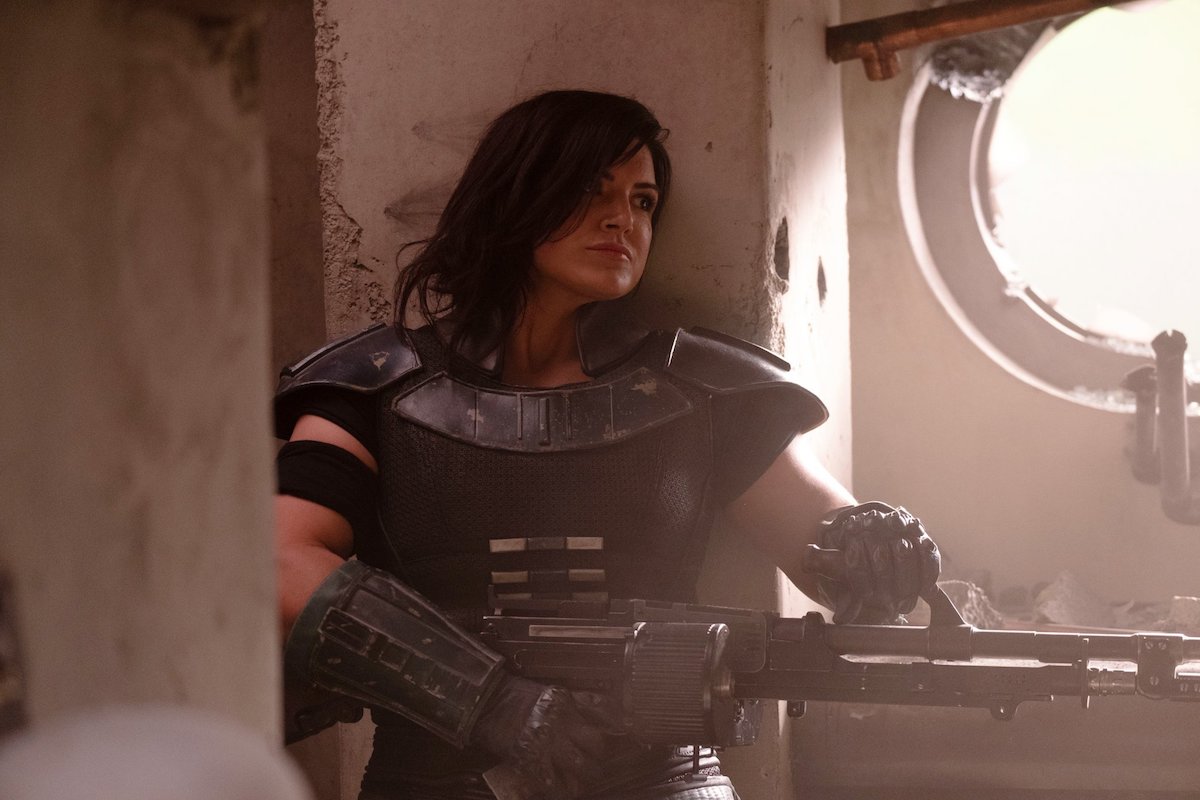 In an interview with IndieWire, Werner Herzog offered up the first insight into his role on the show, saying it’s “a small part, real small part.” He also said he likes acting, “but only if I have to play a real villain.” That certainly sounds like he’ll be playing a baddie on the series, so let the speculation commence on who that could be. 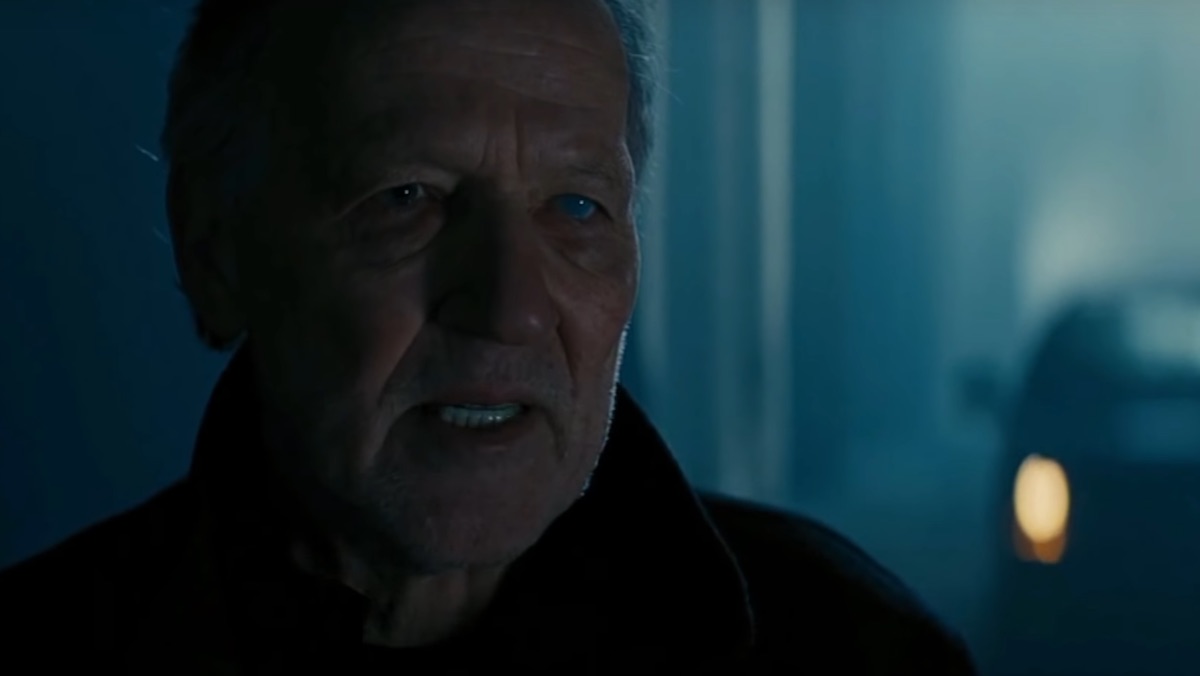 The show will “follow the travails of a lone gunfighter in the outer reaches of the galaxy, far from the authority of the New Republic.” The warrior will hail from Mandalore, a planet whose distinct armor was made famous by Jango and Boba Fett. Set photos revealed that the project will include a return to Tatooine for at least part of the first season, though the show is expected to also travel to other locales.

The series will begin three years after Return of the Jedi, which puts it far closer in time to the original trilogy than it does to the events of The Force Awakens. That’s why a classic villain guarded by some very dangerous Empire-era stormtroopers could play an important role on the show, as well as a beloved hero from another Star Wars series.

While a few Star Wars novels and video games have been set in this period, it is still an under-explored time ripe for further storytelling.

While Filoni directed the first episode, Deborah Chow (Jessica Jones, Mr. Robot), Rick Famuyiwa (Confirmation), Taika Waititi (Thor: Ragnarok, What We Do in the Shadows), and Bryce Dallas Howard will also be behind the camera.

Favreau has also said the show will utilize the advanced CGI, motion-capture technology he used to great success on the live-action The Jungle Book. And with a reported $100 million budget for eight episodes, it sounds like that won’t be the only technology the show utilizes.

The show has no official release date yet, but Disney+ launches in the fall of 2019. While The Mandalorian completed principle shooting at the end of February, the series is most likely to debut sometime in 2020, after Episode IX comes to theaters this December.

Game of Thrones’s Pedro Pascal was tapped for the titular role of the Mandalorian, which makes him one of the few people in the cast whose part we know. He’ll be joined in still unannounced roles by Gina Carano (Deadpool), Carl Weathers (Rocky), Emily Swallow (The Mentalist), Omid Abtahi (American Gods), Nick Nolte, Giancarlo Esposito (Better Call Saul), and Werner Herzog (no, seriously). 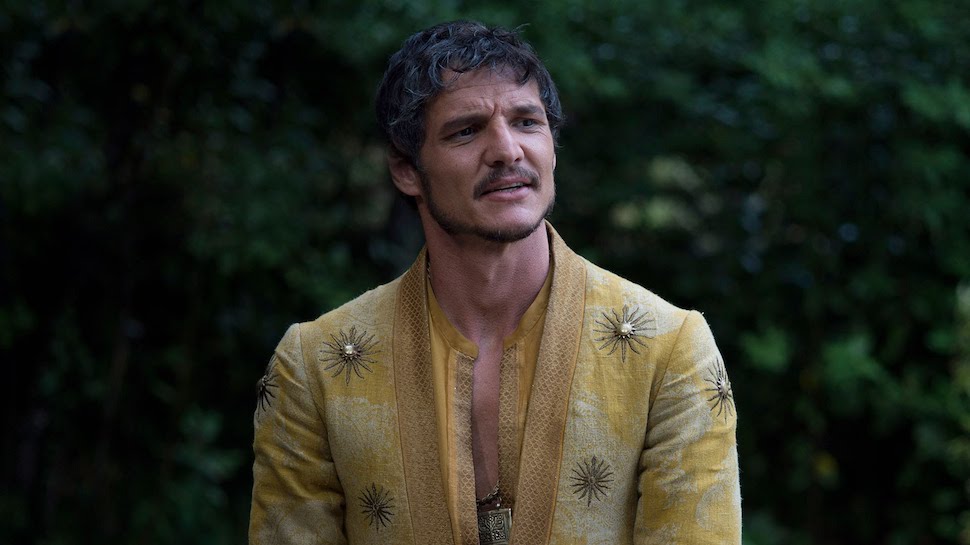 Additionally, director Taika Watiti will voice the infamous and vicious assassin droid IG-88, who was first seen in Darth Vader’s lineup of bounty hunters in The Empire Strikes Back.

Why isn’t anyone talking about that weird IRON-MANdolorian helmet. pic.twitter.com/3Enpb5Pd15

One other character (or at least one of his fellow models) who might be joining the show is R5-D4, who possibly sacrificed himself in A New Hope so Luke could buy R2-D2 from the Jawas.

While not a character, Favreau also teased the reappearance of arguably the most infamous/absurd prop in all of Star Wars, the ice cream maker seen in Cloud City in The Empire Strikes Back. Does this mean Willrow Hood will have a cameo? No, but we can dream can’t we?

Mandalore is a planet in the Outer Rim that was home to fierce warriors. Most famous in the Star Wars movies for being where Jango and Boba Fett got their armor from (though they weren’t Mandalorians themselves), it played an important role in The Clone Wars TV series. After years of civil war nearly destroyed the planet a new pacifist leader exiled all of Mandalore’s warriors, but was eventually overthrown by Darth Maul before the planet fell under the control of the Galactic Empire.

While we don’t know if Pedro Pascal will be from Mandalore, the son of an exiled warrior, or if his character will be connected to the Fetts in any way, Jon Favreau did share an image of a Mandalorian rifle that was seen during Boba Fett’s first ever appearance in the Star Wars Holiday Special animated segment.

Make sure to check back here for the latest news, reports, and updates on the show.