THE MANDALORIAN Could Show Us the Origins of the First Order

The Mandalorian revealed its first footage at Star Wars Celebration in Chicago this morning and there’s already so much to unpack. Though it didn’t air as part of the StarWars.com official livestream, we were on the floor for the panel, and got a look at the various goings on in the Jon Favreau-created live-action series. One thing of particular note: the show may just be setting up the creation of the First Order.

Even with comics, books, and other supplemental materials in the new EU, we don’t know much about the formation of the post-Empire imperialist order. We know Supreme Leader Snoke helped create the First Order, that it emerged during the rise of the New Republic, and that it’s a remnant of the Empire, which fell in Return of the Jedi. But we don’t know the exact specifics of its formation or the series of events that led to its rise. So maybe, just maybe, The Mandalorian will shed some light on its true origin.

In the extended scene that we were shown at Celebration, we’re introduced to a villain character played by Werner Herzog. He’s working on some sort of mysterious object retrieval shenanigans with Pedro Pascal’s titular Mandalorian. He also spouts several lines of dialogue that show his investment in the Empire, which fell five years before the events in the series. It was fascinating to see the last vestiges of the Empire in this new footage, and to realize how strongly some still sympathize with its message. In the sizzle reel played immediately after the scene, we also heard Herzog utter the line, “The Empire improves every system it touches.” 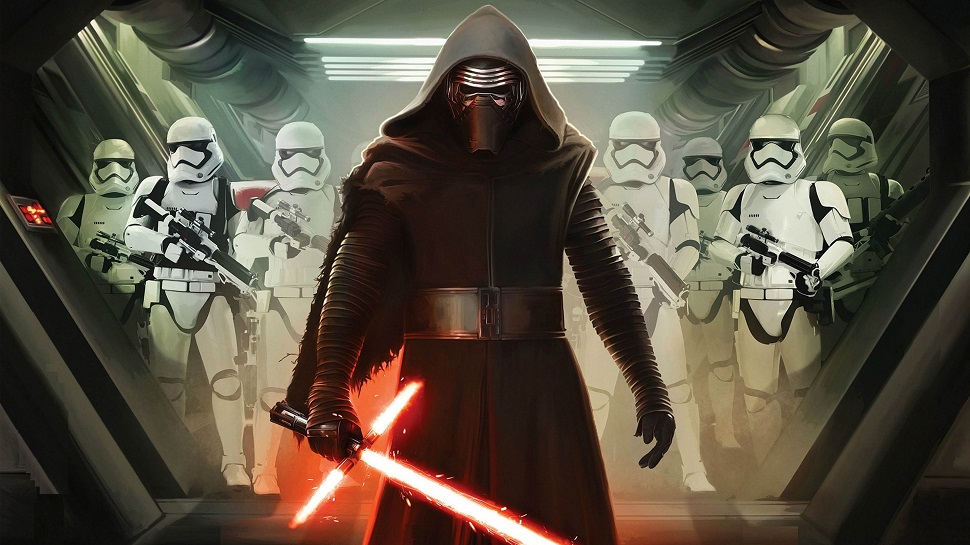 This also reminds us of the Ratlines, a system of escape routes that many Nazis used to flee from Europe to Latin American post-WWII. When promoting The Force Awakens, director J.J. Abrams referenced the Ratlines as an inspiration for the First Order.

“That all came out of conversations about what would have happened if the Nazis all went to Argentina but then started working together again?” he told Empire magazine back in 2015. “What could be born of that?”

Herzog’s character is an Empire sympathizer, with rugged-looking Stormtroopers flanking him. His scene appears to take place on one of the outer-rim planets Favreau mentioned during the panel. Could this be the origins of the First Order? Could the scummy imperialists still peppering the galaxy light the fire that starts the whole movement? Perhaps they’re already organizing, plotting to take back what they’ve lost. Just like the Nazis in Argentina – but this time, they’re successful.

We’ll keep our eyes peeled for Snoke when The Mandalorian is released later this year on Disney+.