“It’s time to let old things die. Snoke, Skywalker, the Sith, the Jedi, the Rebels—let it all die.” If murdering Han Solo didn’t make it obvious, Kylo Ren has become obsessed with forgetting the past. “Kill it if you have to,” he told Rey. But for someone who claims he only wants to move forward, the new Supreme Leader has picked a weird name and design for his newest stormtroopers. The Sith Troopers are reminiscent of a much older fighting squad, which might reveal just how much Ben Solo will also be looking back in The Rise of Skywalker.

Lucasfilm has revealed the new line of stormtroopers joining the First Order in The Rise of Skywalker: the stylish, red-clad Sith Troopers. Their name alone is a curious choice, since Kylo is a Knight of Ren who just said he wants to let that ancient Dark Side order die forever. That’s far from the unit’s only connection to the past, though. In addition to sharing a color scheme with Snoke’s Praetorian Guard, who Rey and Kylo literally murdered, Sith Trooper armor also looks more like the sharper-designed style worn by Clone Troop-era stormtroopers. While their gear contains elements of both the original trilogy and sequel stormtroopers, there’s a clear and obvious connection with the prequel Clone troopers, especially in the helmet. 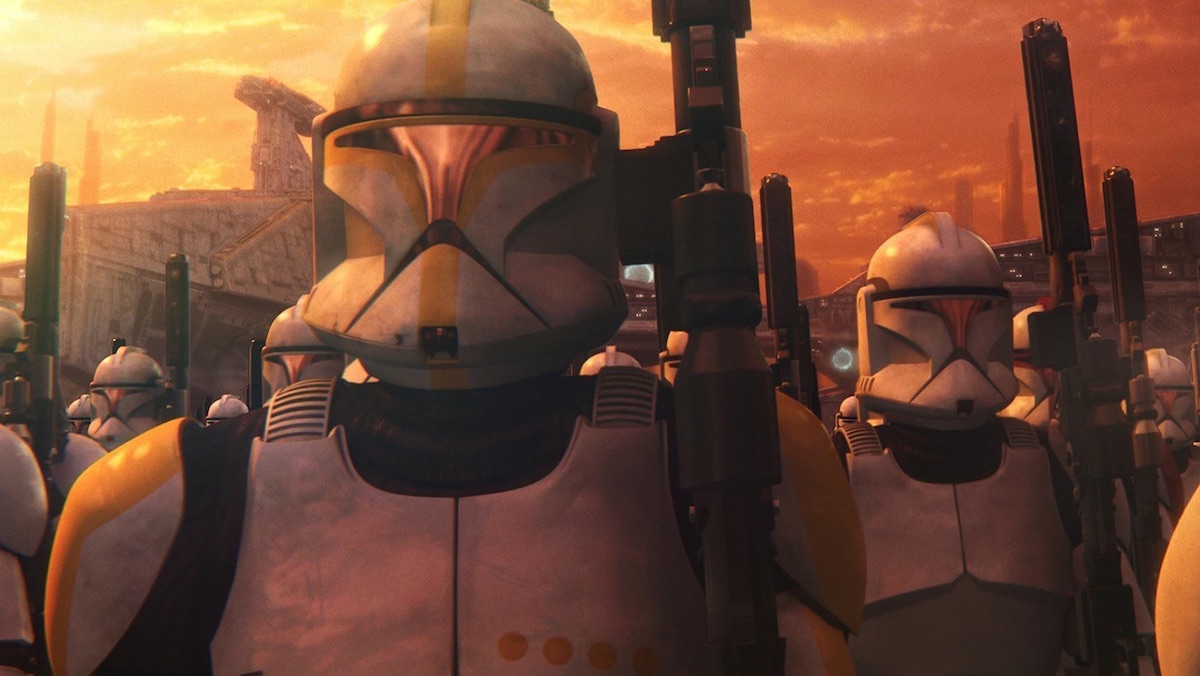 After Palpatine became Emperor, stormtroopers helmets became more rounded with fewer sharp edges and straight line, a style that continued with the First Order. These were the helmets for stormtroopers in A New Hope and The Force Awakens. 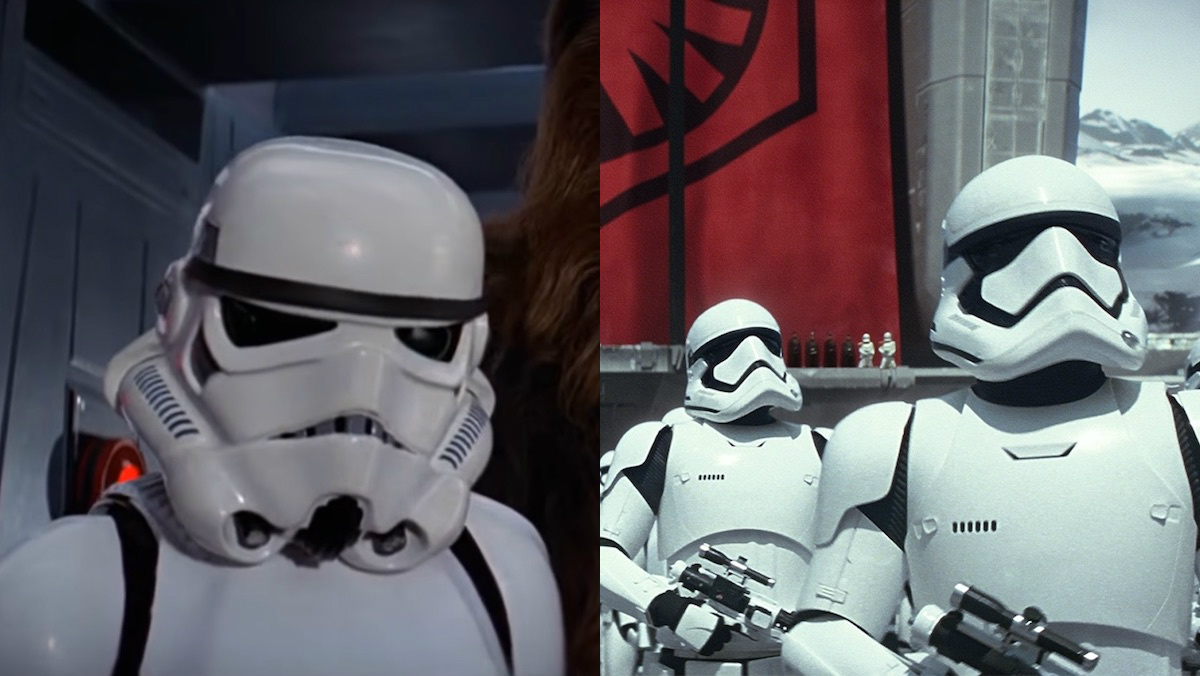 If we didn’t know anything else about The Rise of Skywalker, this could be nothing more than an aesthetic choice or practical development. It’s possible Kylo Ren likes the older look and doesn’t care about its connections to the past, or the new head of stromtrooper gear decided a streamlined look offered a wider range of vision or movement. But the first trailer for the film has made clear Star Wars will end the Skywalker family saga by exploring the family’s entire story. 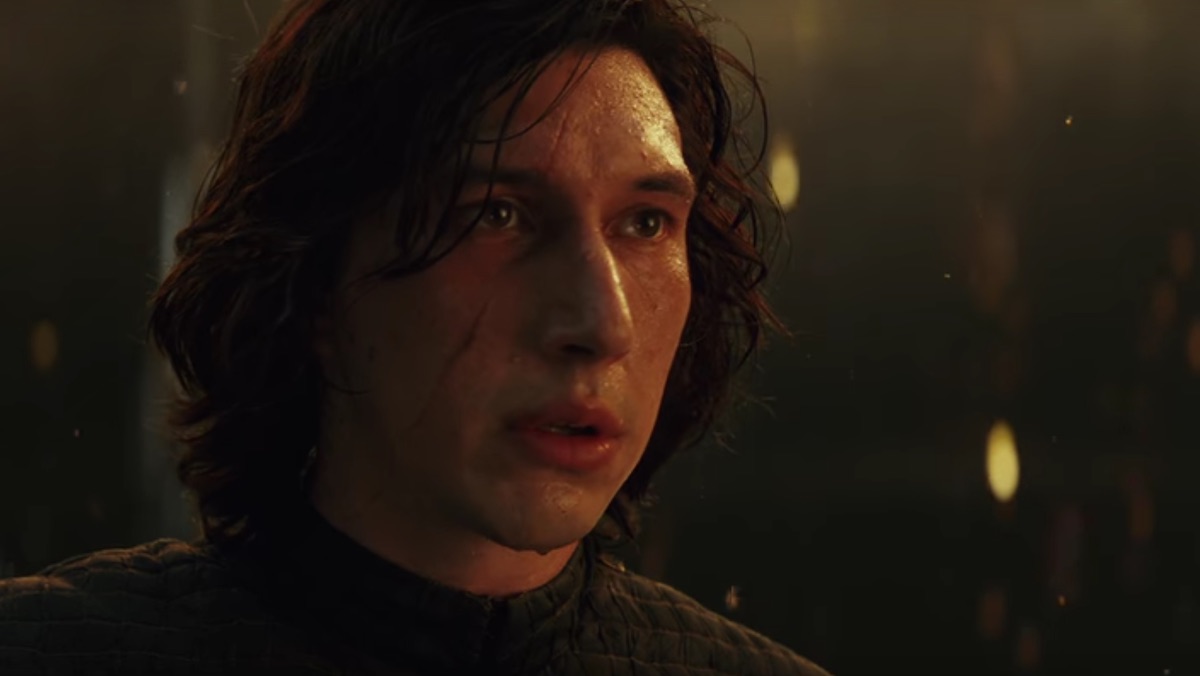 Even beyond the title, the wreckage of the Death Star, and the return of Emperor Palpatine (in whatever form that will take), we hear Luke in the trailer telling Rey, “We’ve passed on all we know. A thousand generations live in you now, but this is your fight.” Rey will have to move forward, but she does so with the weight and wisdom of the past, the same way Luke was only able to defeat Vader because of what Obi-Wan and Yoda passed on to him.

Since her and Kylo are equal opposites of the Force, why should it be any different for him? Whether Kylo is on a path to redemption as Ben Solo, or a path of destruction as Kylo Ren, the Supreme Leader might not be capable of killing the past no matter how much he wants to, because we all carry our past with us. That was Luke’s final lessons for his nephew. “Strike me down in anger and I’ll always be with you, just like your father.”

His new Sith Troopers could be a sign Kylo really did learn from his former master and is embracing history and what it can teach us, good and bad. Or they could be a sign Ben Solo can’t do the impossible and move on from the past. Either way those sharp red stormtroopers prove it’s not easy to let old things die, and The Rise of Skywalker might show why you shouldn’t want to.