We’re less than 6 months away to the thrilling conclusion to the latest Star Wars saga: Star Wars: The Rise of Skywalker! Besides wondering if Kylo will be redeemed or Rey’s parentage, we’re also wondering what the galaxy is like after The Last Jedi. Lucky for us, Lucasfilm and LEGO are giving us a sneak peek at a post-Luke Skywalker world with Sith troopers. 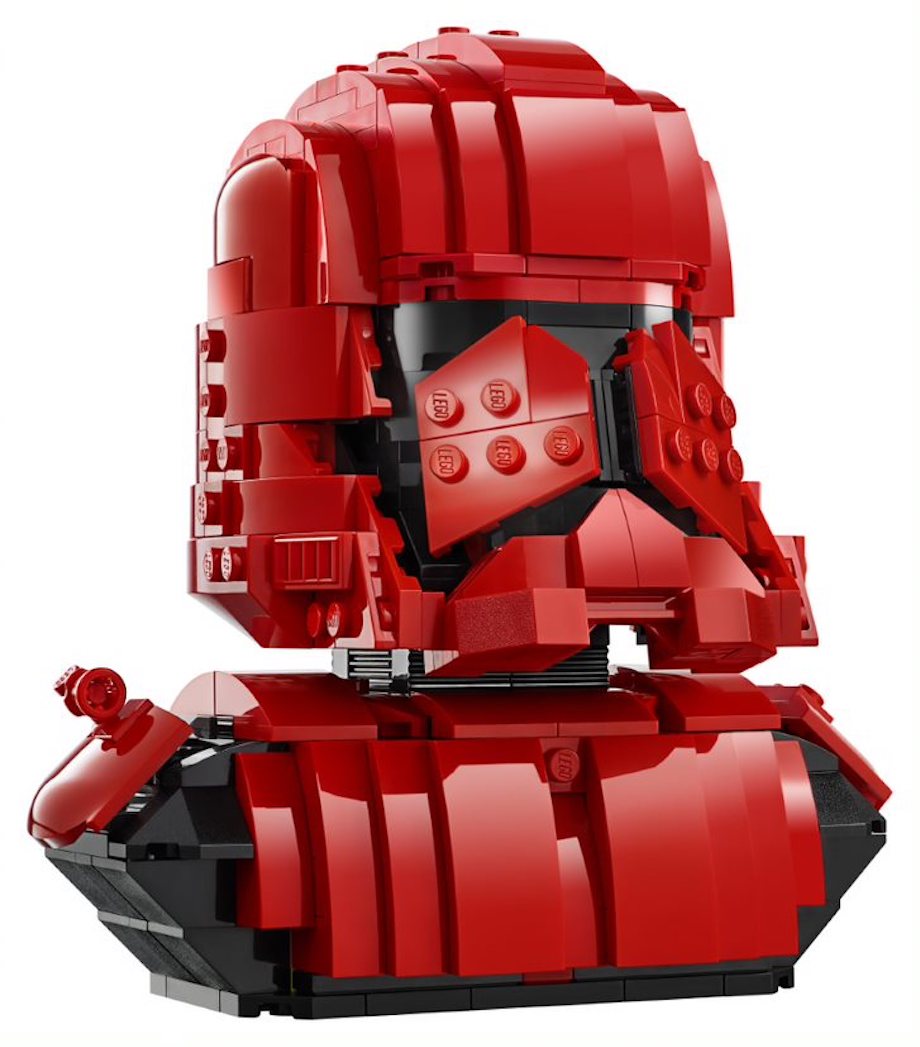 In true comic-con fashion, LEGO will have an exclusive SDDC bust of the Sith trooper available for con attendees. You’ll have to complete a submission of interest form online in order to snag the exclusive. Made up of 484 pieces and ages 9+, this stylized bust will cost you $45 and will take a good couple of hours to build. The exclusive box art for this bust features a Comics Code Authority style seal and the classic Comic Con logo. 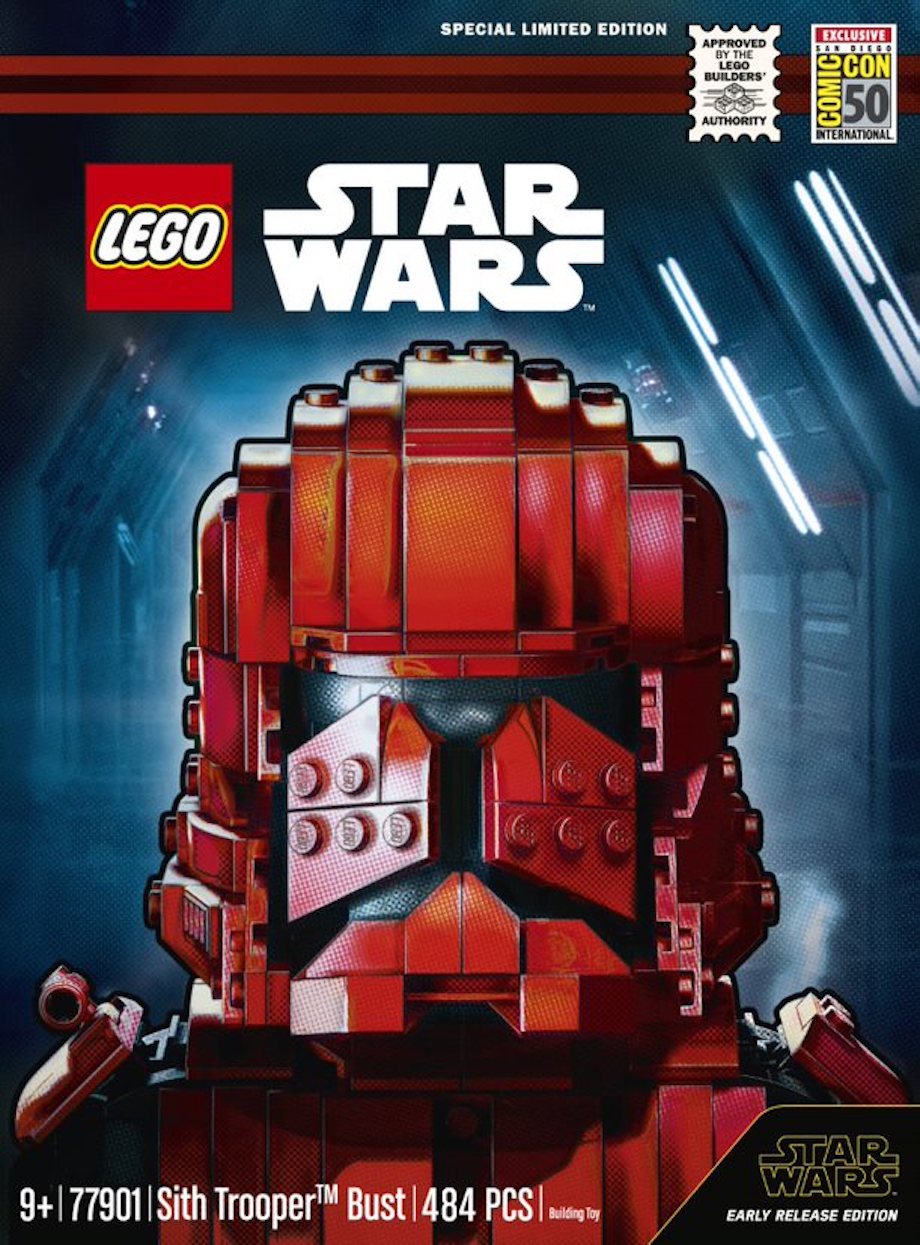 Even if you can’t grab one of these limited, early release busts, you can still experience the Sith trooper’s power in person. LEGO will be exhibiting a life-size model of the new trooper, standing at 6’2 and 169 pounds. The model took over 259 hours to design and build, as well as an impressive 34,307 bricks. Standing at attention, this LEGO stormtrooper touts what appears to be a modified F-11D blaster rifle. 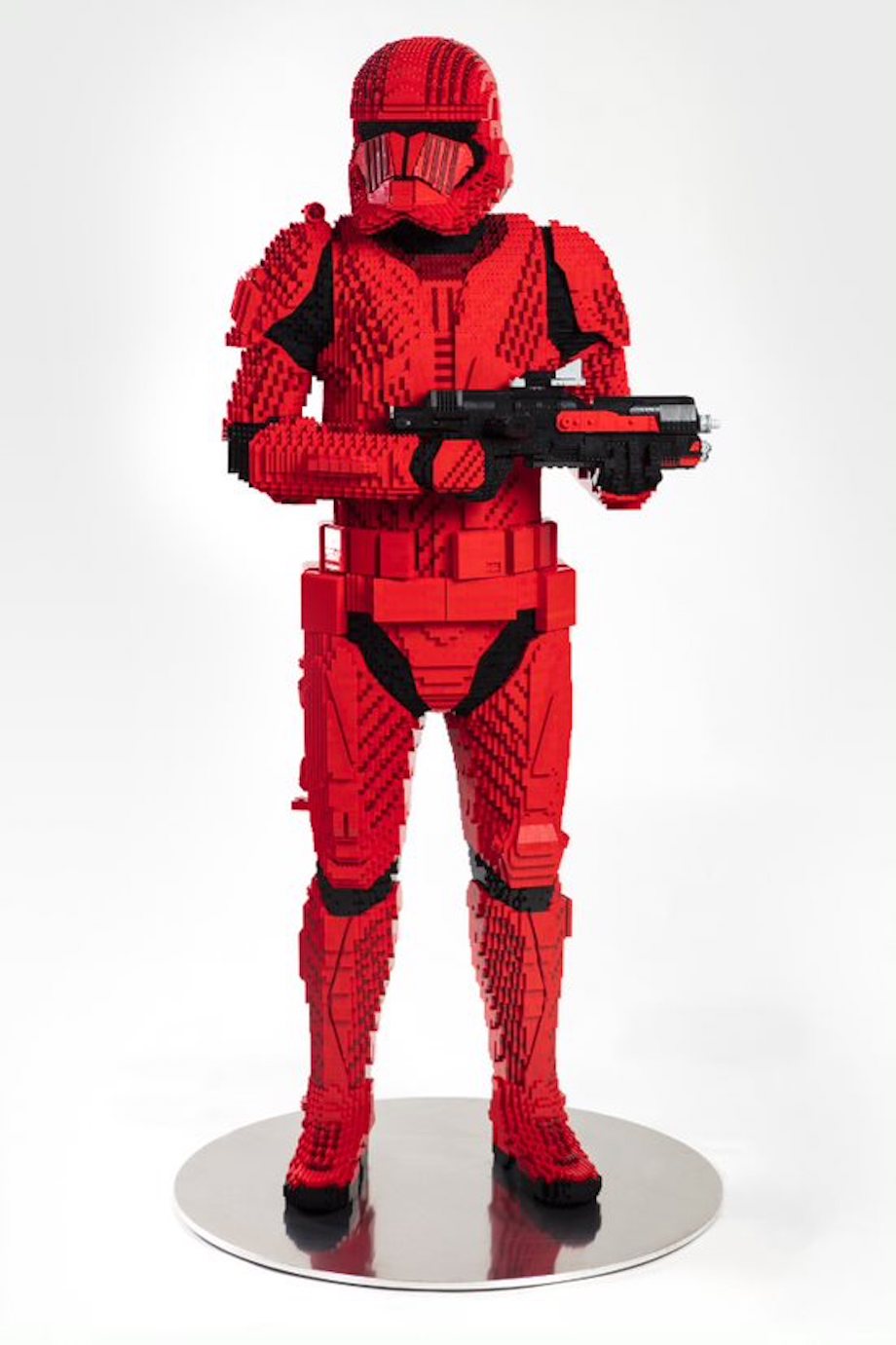 Unfortunately, we still don’t know much about the Sith troopers yet. From looks, we can tell they wear crimson-colored armor with a distinct lined pattern etched into their suits. Red-plated stormtroopers aren’t exactly new in the Star Wars universe. Major Vonreg and his TIE fighter from Star Wars Resistance are clad in red armor, too. Captain Phasma’s silver chrome and Commander Pyre’s gold chrome are other color variants that exist in the universe. 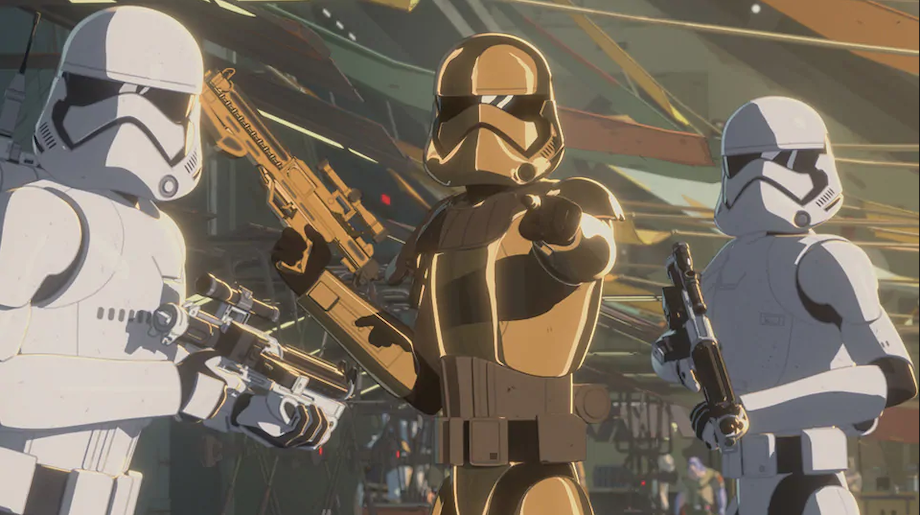 We’re guessing these troopers are part of an elite force in the First Order, similar to the ARC troopers in the Clone Wars. They could also be part of a redesign brought upon by Kylo’s new rule. Even though we’re months away from learning their role in The Rise of Skywalker, we’re still very impressed with their design. You’ll be able to marvel at this new stormtrooper at LEGO’s booth, #2829, in Hall D.