The Knights of Ren were only hinted at in The Force Awakens, but  Star Wars: Episode IX could finally introduce these dangerous characters. Who are these mysterious masked figures who served under Supreme Leader Snoke and their master Kylo? Here’s what we know about them and why we expect to see them in the trilogy’s final film. 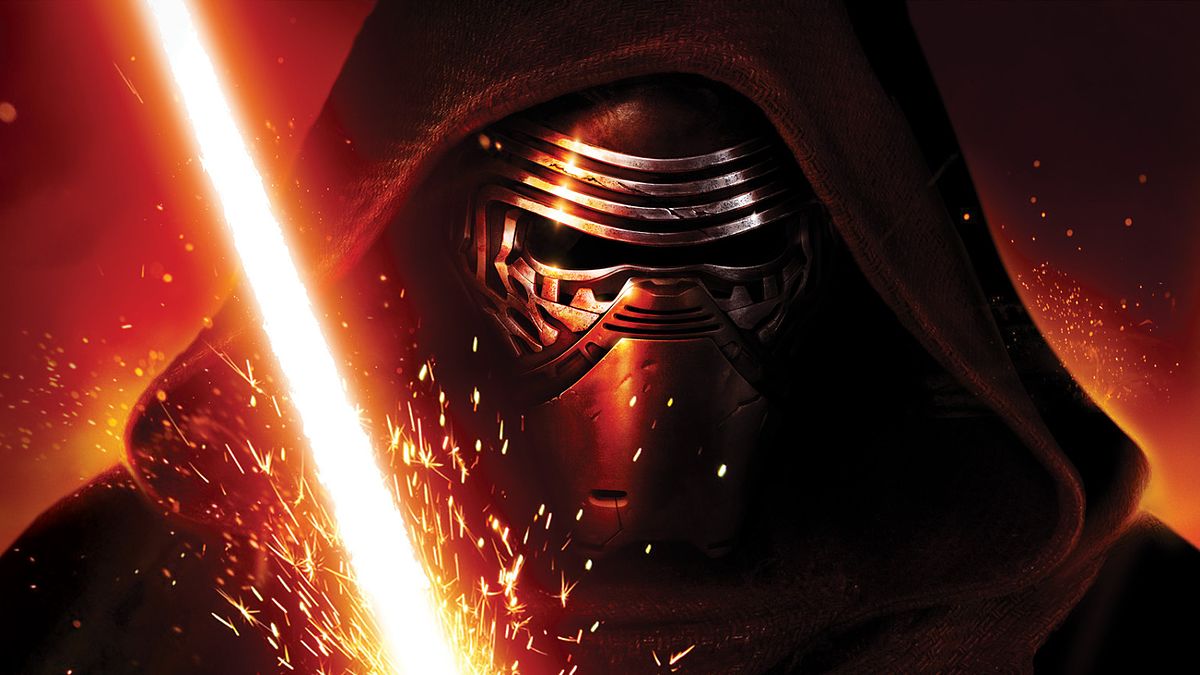 When Rey touched Luke’s old lightsaber in The Force Awakens, one of the visions she saw was Kylo Ren and a group of six other black-clad, masked figures destroying Luke’s Jedi temple. It was just a flash (we also got a better look at them in a trailer, in an image that didn’t make the final cut), but they cast an imposing shadow. Snoke named them for us when he referred to Kylo as “Master of the Knights of Ren,” and if they are anywhere as dedicated to the dark side as their leader, they promise to be one of the most dangerous groups the galaxy far, far away has ever known. The Sith only allowed a master and an apprentice, but this is a team of evil.

But they didn’t appear in The Last Jedi. While disappointing to many, director Rian Johnson explained why we didn’t see the group, and it was likely for the best. “I could’ve used them in place of the Praetorian guards [in the throne room scene], but then it would feel like wasting them because all those guards had to die,” he said on the Empire podcast. Johnson also said Kylo’s personal relationship with them would have complicated the scene further, and ultimately he couldn’t find a place for the Knights elsewhere in the film. But that omission sets them up to play a far more important and exciting role in Episode IX.

So who, and what, exactly are they? It’s not clear if, like Ben Solo, they were once Jedi students training under Luke, but Rey’s vision raised that possibility. Johnson comments point to Kylo having a meaningful, personal relationship with them, which could indicate the Rens have a long past together and were even recruited by Kylo. What we do know is that, like their master, they were under the command of Snoke, who likely trained them too, and they are a fearsome group of skilled Dark Side users capable of death and destruction.

In the same way Kylo cooperated with but worked independently of the First Order, his six fellow Knights appear to be their own elite faction. They followed Supreme Leader Snoke, but did not take orders from General Hux. They are with the First Order, but not of it. Now that their Master of Ren is the Supreme Leader, they could loom large over the First Order itself, almost like Kylo’s own Cabinet members. (You know, if the Secretary of Agriculture was also tasked with killing Jedi.)

Finally, in his The Force Awakens Blu-ray commentary, director J.J. Abrams said the Knights of Ren, whose individual designs are based on rejected looks for Kylo, have a more detailed backstory. We may just see that play out in his Episode IX script.

Ultimately, there’s not a lot we know about the Knights beyond their affiliation and (apparent) close relationship with their master Kylo. The little we do know about this group tells us there’s a lot more worth knowing, both about them and the role they play in Kylo’s life. That’s why the last film in the Skywalker family saga should finally show the galaxy far, far away who the Knights of Ren really are.