We’re mere months away from Star Wars: The Rise of Skywalker, the ninth and final movie in the Skywalker saga and the third movie in the sequel trilogy, and we still don’t technically know who Rey’s parents are. Not that it necessarily matters. In The Last Jedi, we got what could either be a definitive answer or a blatant tease. As Kylo Ren reads the mind of Rey, he announces her greatest fear aloud: That her parents were nobodies, just a couple of drunks who died in a pauper’s grave on Jakku.

But is that the truth, or merely what Rey fears is the truth? Either way, we know we aren’t done with that backstory. According to J.J. Abrams, co-writer and director of The Rise of Skywalker, there’s more to Rey’s story that we’ll learn in the forthcoming film. What that means is anyone’s guess. 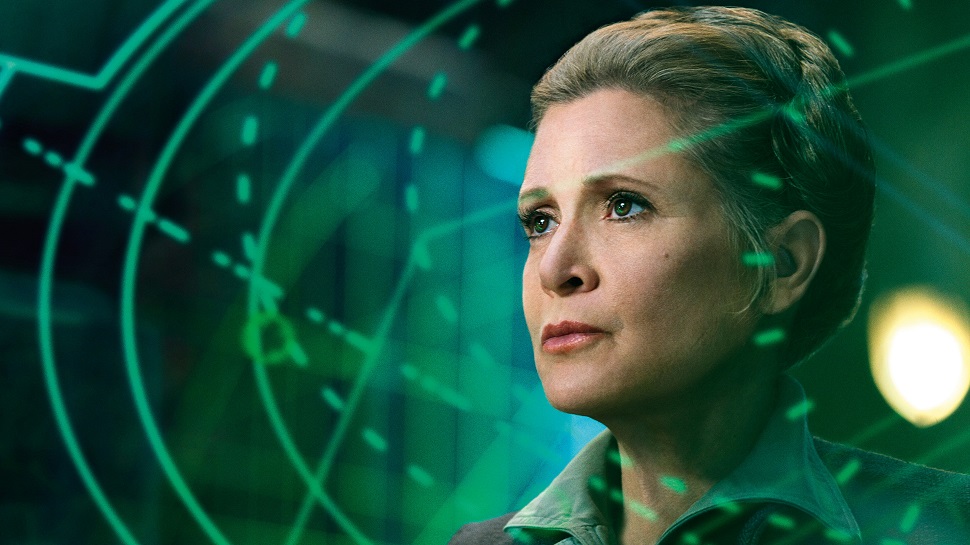 One of the longstanding theories—yes, even after The Last Jedi—is that Rey is secretly the child of Han and Leia, and a sister to Kylo Ren. Those who still hold dear to this one are likely big fans of the old Expanded Universe, where Han and Leia had twins: Jacen and Jaina Solo. Both were powerful Force users, with Jacen turning to the Dark Side and Jaina remaining light. Before The Force Awakens’ release, many fans assumed Adam Driver and Daisy Ridley might take over these roles in the sequel trilogy. But that was quickly shot down when canon materials revealed they aren’t the same age. The likelihood of them being siblings is also slim.

If you think about this one too hard it really starts to fall apart. Rey spent a significant amount of time with Han in The Force Awakens, and he never once mentioned a daughter or alluded to Rey seeming familiar. He took a liking to her, but it was nothing more than that. Meanwhile, Leia, who is still connected to the Force, also takes to Rey but similarly says nothing about some long-lost daughter. The even more damning evidence against this theory is how Rey interacts with Kylo; their relationship is shaded with sexual tension, so much so that Rian Johnson—the writer and director of The Last Jedi—referred to a scene where the two touch hands as a the closest thing Star Wars will ever get to a sex scene.

Yes, Star Wars has a tricky history when it comes to family relations, but the sequel trilogy has more foresight than the original films ever did, and it’d be especially weird to load The Last Jedi with sexual undertones if these two were related. Speaking of related…

For similar reasons, we really don’t think Rey is related to Luke. From what we know of the events post-Return of the Jedi, Luke spent his years after the war against the Empire building a school for young Jedi. His training of Ben Solo is well-documented, but he never references a lost daughter, nor is there any indication—in the films or in tie-in canon material—that he’s had a relationship with a woman. In fact, so much of The Last Jedi is centered on Luke’s disillusionment with the Jedi Order, the principles of which he adhered to before Kylo’s turn. If you recall, one of the major tenets of Jedi practice is that they are not to marry or engage in romantic relationships.

We know Luke is a bit of a rebel, so it’s possible he didn’t strictly follow every last rule, but it would still involve a lot of messy roadwork to make “Luke as Rey’s father” a sensical option. Why and how did he leave her on Jakku? Why, in all of his depressive ramblings about Kylo, would he never mention a daughter he abandoned? If he didn’t know she was ever born, what significance would their dynamic have now that he’s dead? Any answer either makes Luke a deadbeat or feels like sloppy storytelling. And once again we’ll bring up the Kylo of it all. If his relationship with Rey really does have romantic underpinnings, we just don’t see why Disney would make them relatives.

However, that doesn’t mean Rey won’t take the last name Skywalker when all is said and done. In fact, that seems pretty likely for a surname-less orphan child who finds new meaning in her encounters with the famed family. But family doesn’t have to mean blood relatives. If anything, the sequel trilogy has been all about creating your own family from the friends around you. 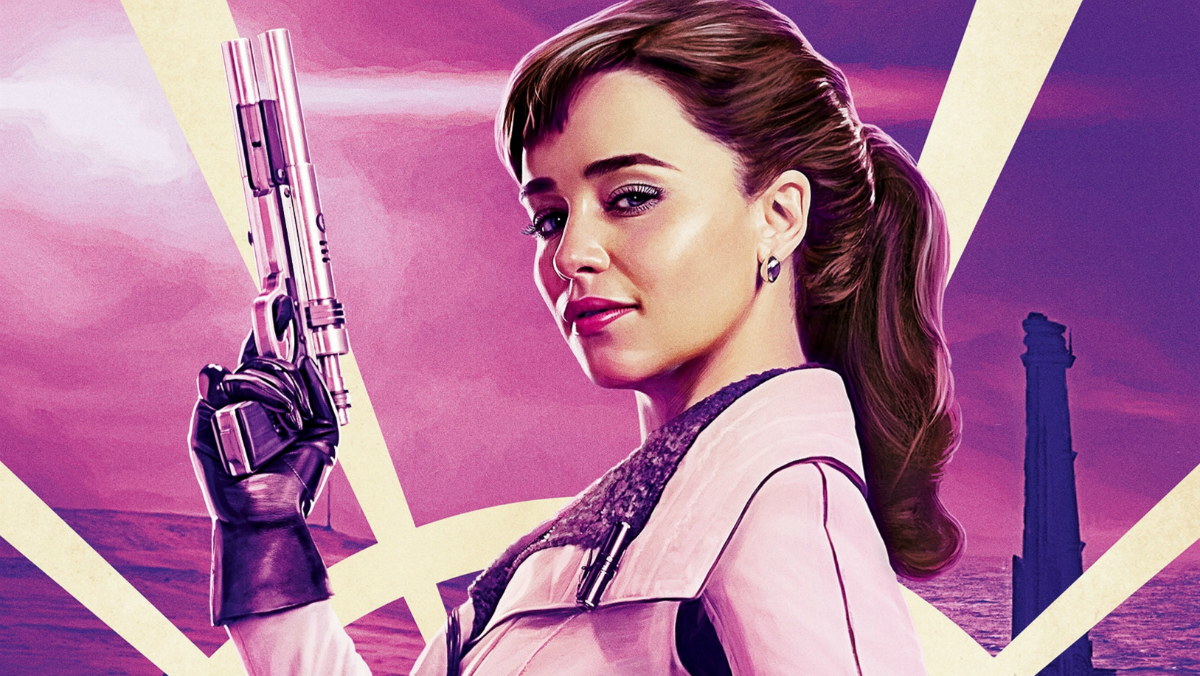 One of the best new characters in Solo: A Star Wars Story is Qi’ra, Han Solo’s charming childhood love. We learn in the prequel film that Han has long been a softy romantic, even before Leia, and that he and Qi’ra were once scoundrels together. Though they’re separated as teens early on in the film, they’re later reunited. At this point, Qi’ra is involved with the dubious Crimson Dawn crime syndicate—more intimately involved than even Han realizes. They separate once again by film’s end, and we see that Qi’ra is working closely with Darth Maul.

What ever became of Qi’ra? It’s definitely possible that somewhere down the road she also had a child, like Han did with Leia, and that the child was Rey. This wouldn’t technically break canon, even though Qi’ra would have had to be a little past her childbearing prime to fit into the timeline. But that’s not impossible, and it could actually explain why Han was so drawn to Rey. Did he see something in her that he recognized? A little spark of Qi’ra’s spirit?

This also doesn’t go against what Kylo tells Rey in The Last Jedi, when he says her parents were “filthy junk traders.” Given what we know of Qi’ra—and her life of poverty and crime—it’s not exactly out there to assume she might have gotten caught in a rough patch down the road, and had to sell her daughter to Unkar Plutt, either for drinking money or just to survive.

We’re not totally sold on this one, but it could be a fun little way of keeping Rey a “nobody” who’s still related to someone we know.

Sigh. Yes, this is a very prominent theory on the internet. Many think Rey is a clone made from Luke Skywalker’s hand, or maybe a clone of Anakin’s mother Shmi, or a clone of Anakin himself, or a clone created by Palpatine… and so on. Honestly, we’re not going to give this one too much time because it’s silly to the point of being mostly irrelevant. Typically clones, you know, look exactly like the person they’re being cloned from.

And even if we wanted to get into cellular manipulation or whatnot, that seems like a really complicated thing to first introduce in the final chapter of this series. It also hinges Rey’s strength and importance on being the derivative of someone who came first, and that seems pretty antithetical to all of the sequel trilogy’s themes. 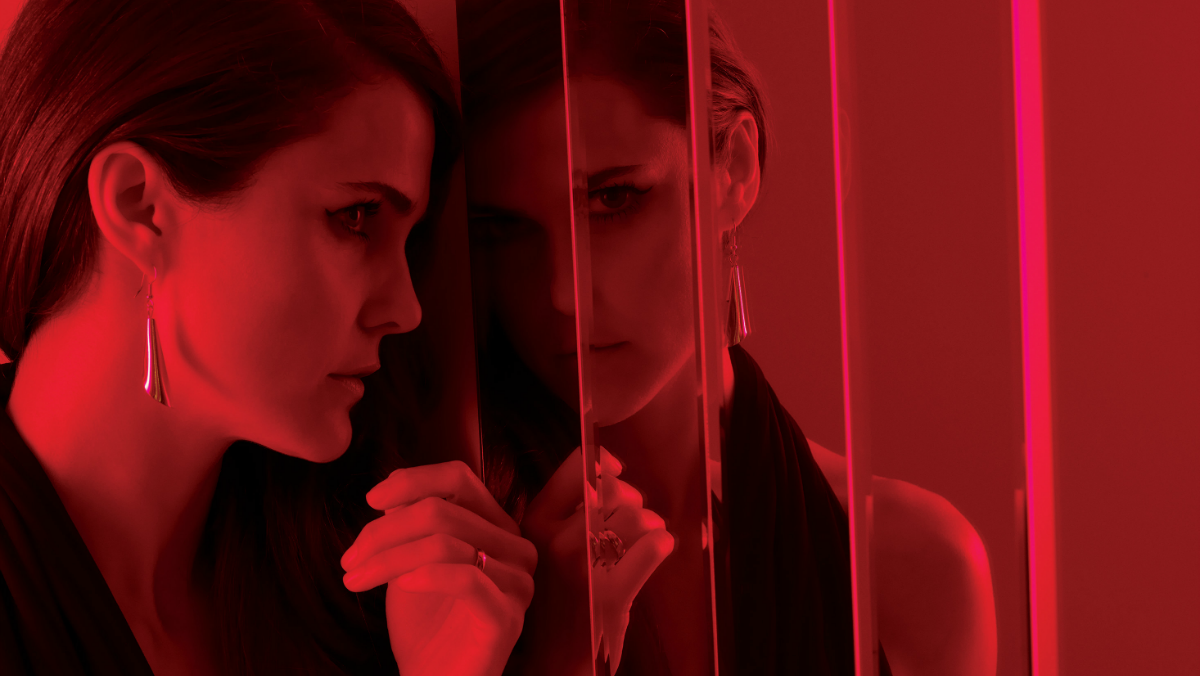 Ever since Keri Russell’s casting announcement, fans have been going wild with theories about who she could play. That question was partially answered in the June 2019 issue of Vanity Fair, when we learned that her name is Zorri Bliss; that she’s a helmeted, purple-costumed “scoundrel”; and that she’s spotted on a new planet called Kijimi. Fans quickly realized this was the same planet seen in the first trailer for The Rise of Skywalker, where we also get a quick look at a space craft that looks identical to the one Rey’s parents were in when they abandoned her on Jakku (as seen in her force-back in The Force Awakens). If you’re putting all the clues together, that means Zorri Bliss could have something to do with Rey’s parents. She could even, potentially, be her mother.

That said, we do think it’s more likely that Zorri simply knew Rey’s parents, maybe even worked with them. Maybe they were all early members of the Resistance, and Rey’s parents had Zorri hide their child from the coming war. Or maybe they were all scoundrels together, and Zorri is dealing with that guilt. There’s a lot of potential for this character, and we’re excited to see how she fits into the The Rise of Skywalker and Rey’s backstory.

We know the Emperor will be back in some form in The Rise of Skywalker, though what that might look like is currently unclear. Some fans are convinced he’ll not only return to take over the galaxy, but that he also has something to do with Rey’s birth. In canon, it’s hinted that Palpatine helped manipulate midichlorians to create Anakin Skywalker, so what’s to keep him from doing that again?

A few things to clarify: Although Marvel’s Star Wars Darth Vader #25 shows Palpatine touching Shmi’s stomach while she’s pregnant with Anakin as he says the words “unnatural, the chosen one,” this happens during a dream sequence and in no way confirms he created anyone. We know the Emperor has a fascination with creating life and preventing death, but we don’t yet know how successful he was in either venture. It’s possible he figured out a way to “create” Rey, but this is another one that feels a little goofy if you think about it too hard. We guess it’s possible that Rey is a descendant of Palpatine’s, but that would mean introducing, either in person or as a concept, other relatives to fill in the blanks. Do we really have time for that?

At the end of the day, Rey’s existence isn’t important because of who came before. It’s important for who she is now, the people she surrounds herself with, and the path she’ll forge in the future. Our origins don’t define us; they’re merely backdrops for an infinite tomorrow. Rey may be a Skywalker, she may be Qi’ra’s daughter, or she may truly be a nobody… but at the end of the day, she’s Rey first and foremost. Her individuality will always be the greatest part of her story.