How Every Pop Culture Vehicle Compares in Size - Nerdist

How Every Pop Culture Vehicle Compares in Size

We know how big Emmett Brown’s fictional time machine was. The Doc built it out of an actual DeLorean car, which we can still buy. But just how big is a Jaeger from Pacific Rim? What would it feel like to look up at one of those machines? And would a Jaeger be able to go eye-to-mechanical-eye with the Megazord from Power Rangers? Could an RX-78-2 Gundam destroy them both, or would it wither in their presence? Might a war rig from Mad Max: Fury Road easily run them all over? Or would a Sandcrawler from Star Wars flatten all of them with ease? Without any real world context it’s a lot harder to imagine how gigantic these machines are. But now we don’t have to, thanks to a video that compares the sizes of fiction vehicles, from the very smallest to the impossibly massive.

“Fictional Land Vehicles Size Comparison” is the latest video from the fantastic YouTube channel MetaBallStudios. It has made comparing fictional places, characters, and machines into an art form. Each side-by-side lineup, which goes from tiniest to record-setting, gives us a better understanding of just how big certain creations in movies, TV, video games, literature, and comic books really are.

They start with the shrunken down version of Luis’s van from Ant-Man and go all the way up to the laughably gigantic “London” from Mortal Engines. In between, there are some genuinely surprising realizations of just how large certain devices are. That includes “The Homer” from The Simpsons, which we still want to buy. But everything, starting with a Mûmakil from The Lord of the Rings up, is truly insane compared to a human. And seeing just how enormous some vehicles/robots are makes us appreciate the films and movies more.

We had no idea Wild, Wild West was actually a horror story. But good grief look at the size of that mechanical spider! 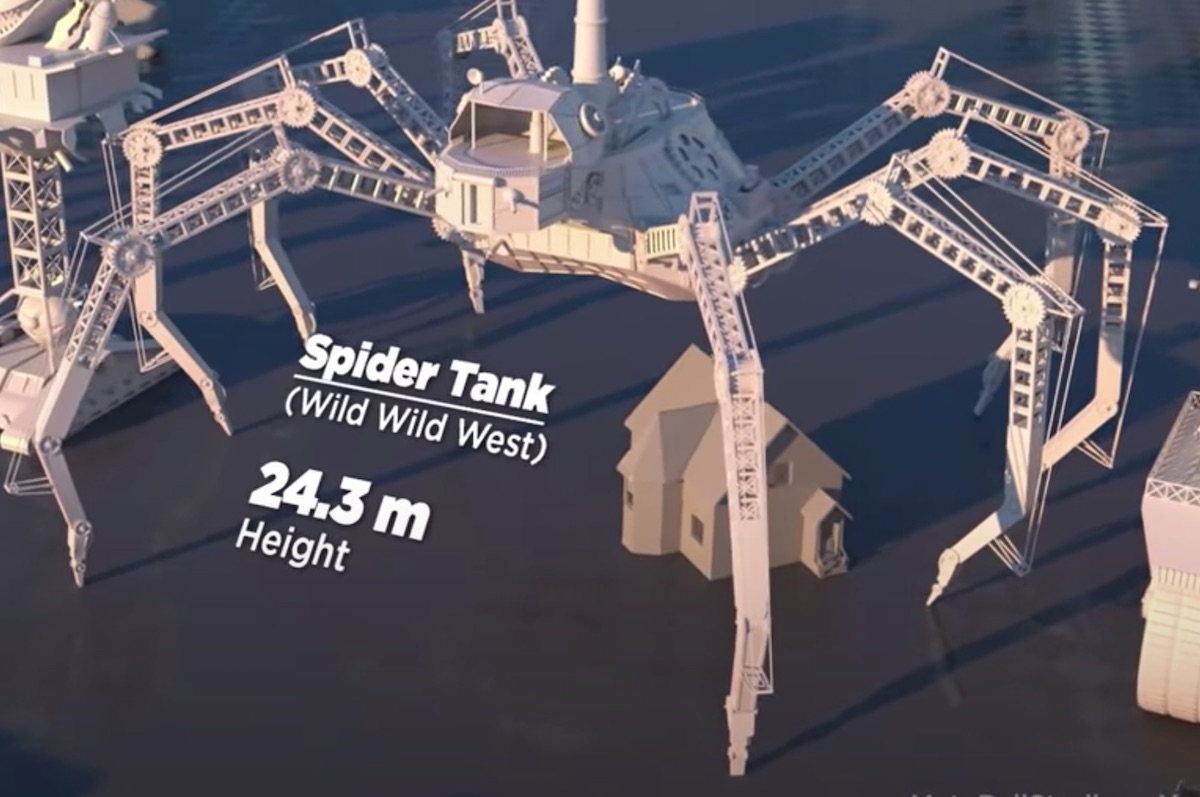 Of course, we had no idea just how big a lot of the vehicles are. Most fictional machines aren’t based on a DeLorean, so we can’t actually stand next to them.