Movie fans are always trying to bring the adventure home. But one TikTok user has really brought Marvel, DC, and Star Wars heroes home in the coolest way possible. Via Geeks Are Sexy, we’ve discovered the work of artist Rudy Willingham. He printed images of several characters on pieces of paper, and then used the cutouts to make mini-movies using his own surroundings. 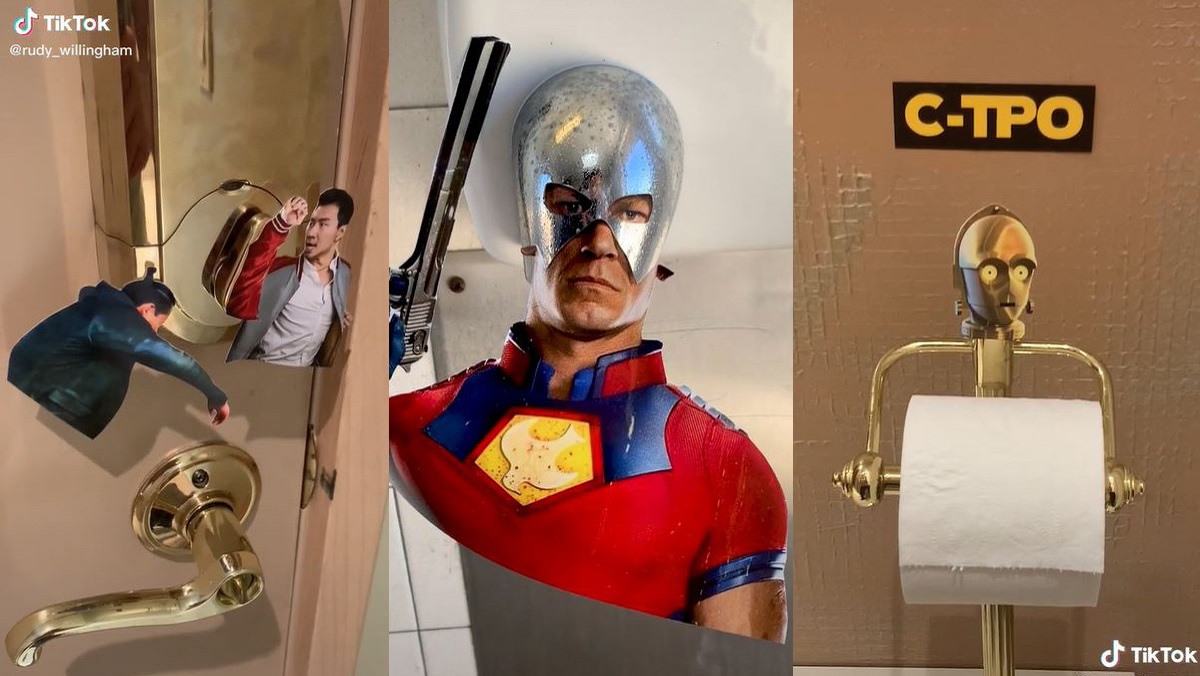 Using the door handle, Willingham has Shang-Chi kick some bad guy butt. All while his BFF Katie watches the action in awe. He then uses a coat rack on the back of a door to create the horns for Loki’s helmet. And then to make the body of the Hulk at the same time. But our favorite part is when Willingham uses the Arm & Hammer logo on a package to create Thor holding his hammer Mjölnir. How has no one ever thought to do that one before?

Turned my home into a #marvel movie 🎥 #shangchi #avengers

Speaking of MCU heroes, Willingham has also recreated part of the bus fight scene from Shang-Chi and the Legend of the Ten Rings in painstaking detail. Again, just using cutouts. We don’t even want to know how long it took to make this one. But the effort speaks for itself.

But Rudy Willingham didn’t limit his cutout adventures to the MCU. He also had some DCEU action going with the Suicide Squad. In this video, he uses appliances from outside his home, like a public bathroom dryer nozzle that serves as Peacemaker’s helmet. The steam coming out of a sewer grating on the street becomes the smoke coming out of Bloodsport’s fired gun. And Harley and King Shark come to life in hilarious ways as well.

And before he went to the Marvel and DC universes, Rudy Willingham did an amazing Star Wars tribute using the same paper cutout formula. Who would have ever thought that a Roomba would make for such a perfect Millennium Falcon? Or that the Tesla logo so perfectly mimics a Mandalorian helmet?

♬ Cantina Band (From "Star Wars I") - The Magic Orchestra

You can check out more of Rudy Willingham’s paper cutout creations, including some for Disney animation and Stanger Things, by heading over to his TikTok.