For many Gen-X kids, their most prized Star Wars toy was Kenner’s original Millennium Falcon playset. Released in 1978, this toy was what every kid dreamed they would get for their birthday. For those few original Falcon toys remaining intact, time has not been very kind. After four decades, the age and general wear has taken its toll on many of those “fastest hunks of junk in the galaxy.”

Now, via Laughing Squid, we’ve discovered a YouTube channel showing us their painstaking process restoring Han’s ride to factory settings. The Rescue & Restore channel is all about taking vintage toys and bringing them back to their Toys “R” Us “mint in box” glory. And some of the toys restored on this channel go back as far as the 1920s. You can watch Rescue & Restore’s full process for the Falcon restoration, which had years of wear and tear to reverse, in the video above. 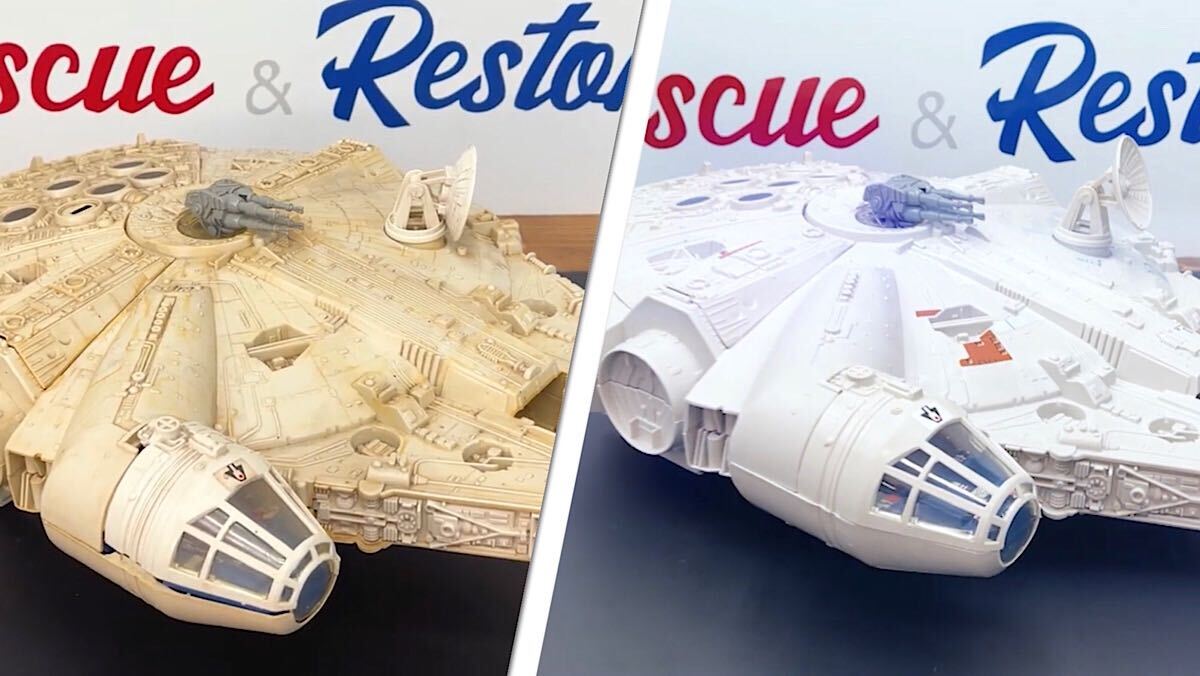 According to the video’s official description, this old Millennium Falcon toy had some real water damage. “The shell had yellowed with age from UV light exposure. I reversed the yellowing with a process known as RetroBright. If you submerge the plastic parts in hydrogen peroxide and add powerful UV lights, it will reverse the yellowing.” Even the little Jedi training ball and holo-chess table got some much needed TLC. Funnily enough, the age worn Falcon looks more like the movie version!

This isn’t the only vintage Star Wars toy restored on the Rescue & Restore channel. There’s also a complete restoration of the original X-Wing Fighter toy as well. We hope they get their hands on one of those amazing original Death Star playsets too. To check out this and other amazing toy restorations, be sure to head on over to the Rescue & Restore YouTube channel and Instagram.