Although Pokémon cards are little pieces of art in their own right—in some cases literally worth more than $180,000—they’re still manufactured and machine printed. But some artists out there take the mass-produced cards and turn them into one-off works. Like Florida-based artist SumiPaints, who transforms everything from Jigglypuff to Gengar cards into little, masterful portraits.

@sumipaintsthis took so long, i tried haha 🙂 i’ll put this card and the other two most recent ones on my etsy tomorrow !!♬ Lake Verity Theme Remix – Emson

SumiPaints, a.k.a. Summer, has transformed numerous Pokémon cards into hand-painted portraits, dazzling people with her skills like Bruxish with its gaze. On Tiktok, for example, Sumi has amassed more than 85,000 followers. And the artist earns millions of views on her videos, which give just a glimpse of how she paints.

The video above is one of SumiPaints’ most popular, and shows how she teleported a Stage-1 Ivysaur into an autumn pumpkin field with paint. The video immediately below shows Sumi taking a Squirtle and giving it a new life dancing in a river.

SumiPaints also has an Etsy store where she sells the Pokémon portrait cards, but, unfortunately, they’re currently sold out. People in the past, however, have purchased some real beauties from Sumi; including a joyous Eevee, a magical Clefairy, and an Espeon that’s majestic AF.

@sumipaintsi’m just going to leave this here as if i didn’t dissapear for months ?✨ hi!♬ season 2 episode 3 by glass animals – audioz !

For anyone who’s now desperate to catch more Pokémon art, there is, of course, a ton out there. Other artists aside from Sumi also paint Pokémon card portraits, and do an equally amazing job. (These ones from back in 2017 are especially wild.) There are also people who love to make Pokémon skateboards and Pokémon jewelry. Although we have yet to see any kind of unofficial Pokémon piece go for anywhere near what the rarest cards cost. 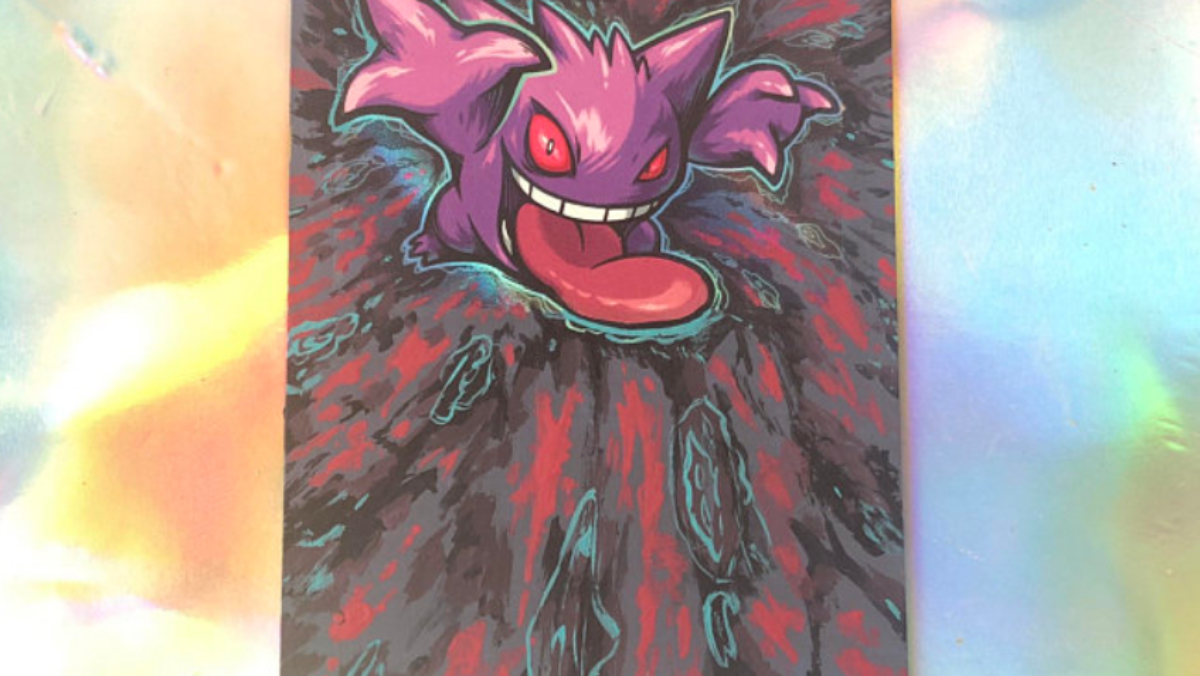