There are lots of ways of to get revenge. Some are advisable, like letting go of your anger and living a happy life. Others are not quite as healthy. Like anything a Liam Neeson character would do. But in his next film, The Card Counter, Oscar Isaac is going a very different route for vengeance. He’s sitting down at the felt, to seek both revenge and redemption. But as the film’s first trailer shows, that’s just one step in his very long, very weird journey.

If they wanted to pack anymore story into this trailer a few Avengers would need to show up. There’s a whole lot going on here. The film, from writer-director Paul Schrader (First Reformed), includes a military component, a prison element, a budding romance, Blackjack, poker, a long-standing grudge, deep guilt, secret plans, and a guy named William Tell (Isaac) wrapping every piece of furniture in his hotel room with sheets. And that’s not just the trailer having some fun. The film’s official synopsis makes clear all of those pieces complete a big puzzle.

“Redemption is the long game in Paul Schrader’s The Card Counter. Told with Schrader’s trademark cinematic intensity, the revenge thriller tells the story of an ex-military interrogator turned gambler haunted by the ghosts of his past decisions, and features riveting performances from stars Oscar Isaac, Tiffany Haddish, Tye Sheridan, and Willem Dafoe.” 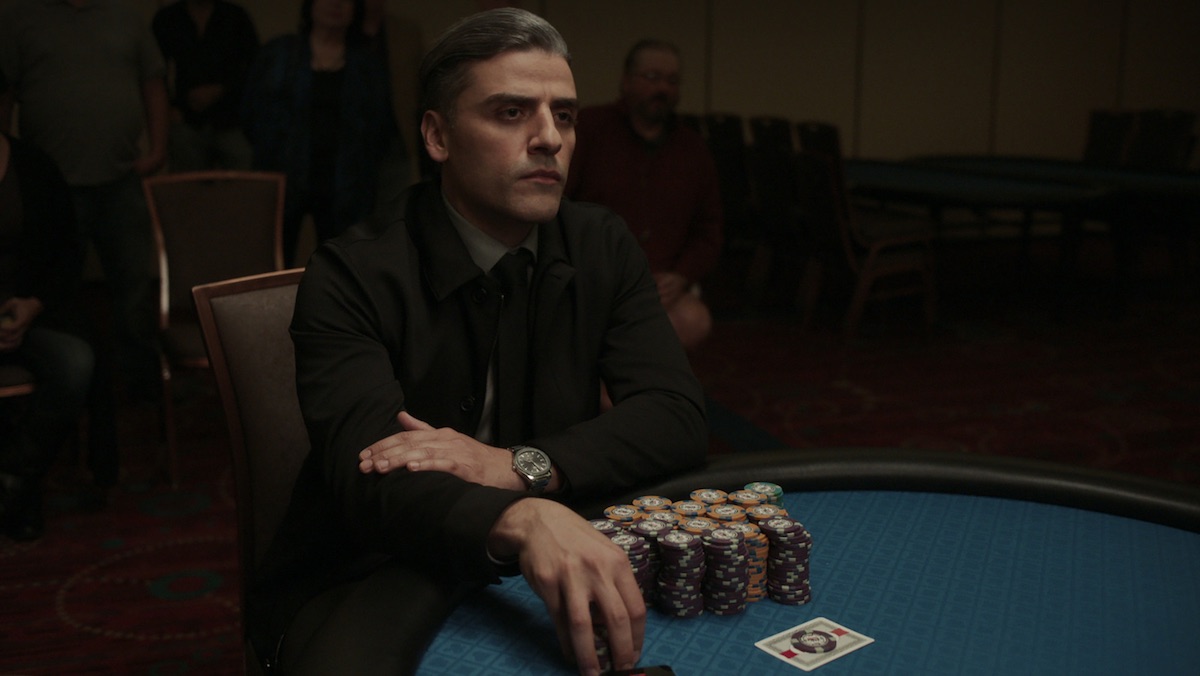 Those are some big names for a movie with big ambitions. But that list doesn’t even include Martin Scorsese, who serves as an executive producer on the film. Like we said, this is a whole lot of movie.

Hopefully it’s also a good one. We don’t need a hard sell to watch Oscar Isaac play a troubled soul seeking revenge. Even if he has to head down a busy path to find it.

The Card Counter comes to theaters this Fall on September 10.