What Are the Odds Soil We Bring Back from Mars Contains Life? - Nerdist

What Are the Odds Soil We Bring Back from Mars Contains Life?

Anybody who’s seen the 2017 sci-fi horror film, Life—or, more likely, the trailer for the film—knows that bringing back a bit of soil from Mars to study in a human-operated lab could theoretically result in some disastrous consequences. But what are the real chances of finding microbial life in a material sample returned from the Red Planet? It seems like a question worth exploring, especially considering the fact that NASA and the Jet Propulsion Laboratory (JPL) are launching the Mars 2020 rover mission this year, which will hopefully culminate in verified Martian soil finally making its way into (gloved) human hands.

First off, in terms of the general plan to bring Martian soil back to Earth, it seems the most popular proposal is the Mars sample-return mission (MSR) described in the video above from NASA and the European Space Agency (ESA). Essentially, the plan to bring back the soil—which is also referred to as regolith, as its properties differ significantly from terrestrial soil—boils down to three steps: One: Have Mars 2020 drill out and collect samples of regolith and drop them in sealed tubes on the Martian surface. Two: Send a lander around 2026 to collect the samples and then fire them back up into Martian orbit via an ascent rocket. And three: Send another orbiter in 2027 to collect the canister containing the regolith-filled tubes from the orbiting ascent rocket, and then return to Earth during the 2031 Mars-to-Earth transfer window. 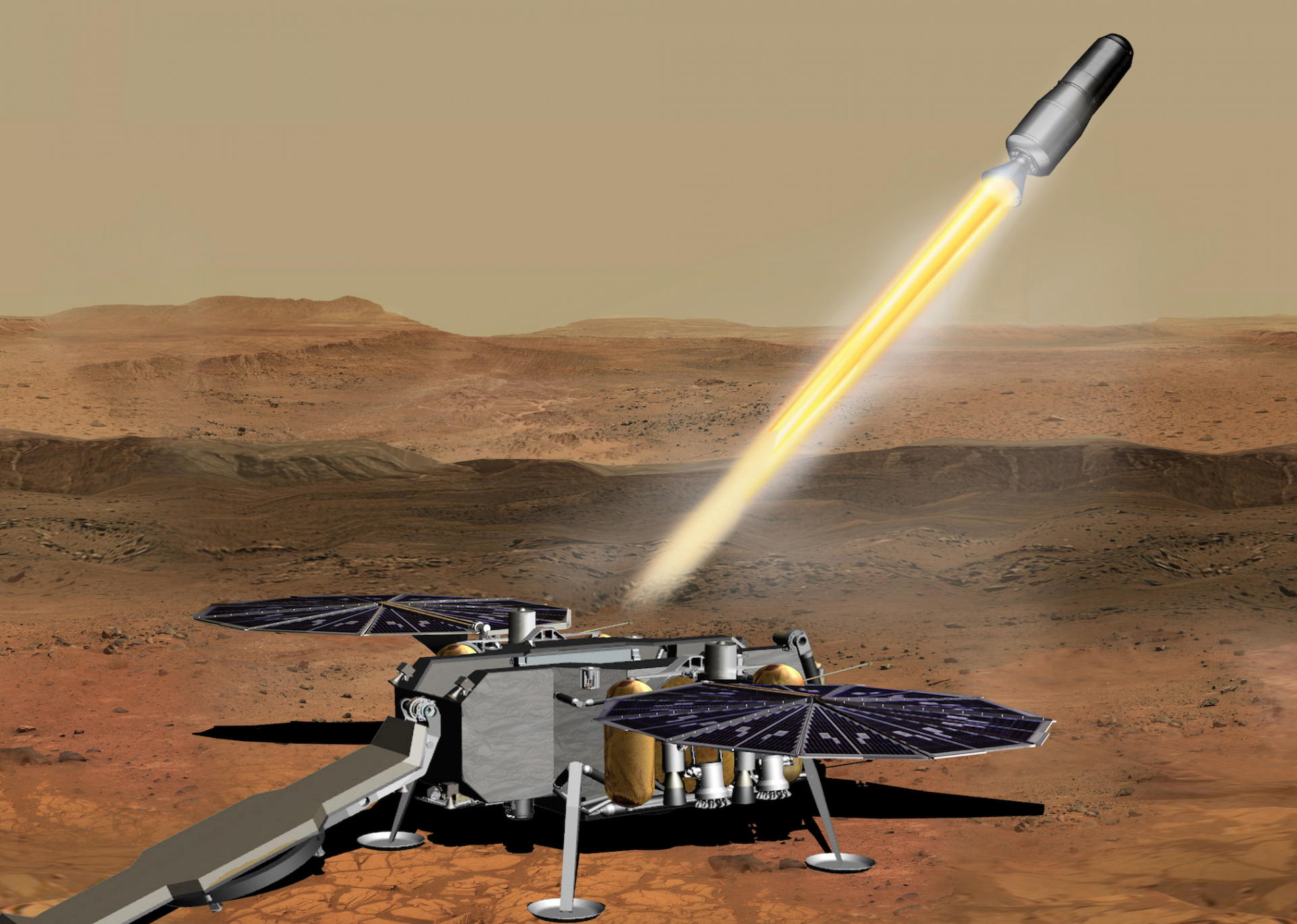 The Mars Ascent Vehicle launching with the regolith samples collected by Mars 2020. NASA/JPL-Caltech

It’s not clear how the Martian soil will go from orbiter to laboratory—Dr. Penny Boston, director of NASA’s Astrobiology Institute, speculated on the pros and cons of studying the regolith aboard the ISS, or perhaps a lunar base, in this interview with some folks from Tested—but once it’s eventually here on Earth, there will be many more opportunities to find traces of life hiding away inside of it. Plus, researchers will make looking for life in the regolith a top priority.

According to a report assembled by the Mars Exploration Program Analysis Group ( MEPAG), a scientific community that provides input on NASA projects, MSR’s most critical aim “would be to determine whether life or its chemical precursors once existed at the explored location on Mars by analyzing evidence that occurs within the sampled rocks.” The MEPAG report also notes that the “question [of whether or not life could’ve arisen on Mars] is central to Mars exploration,” and that “returning samples from Mars is considered essential for meeting this aim.” 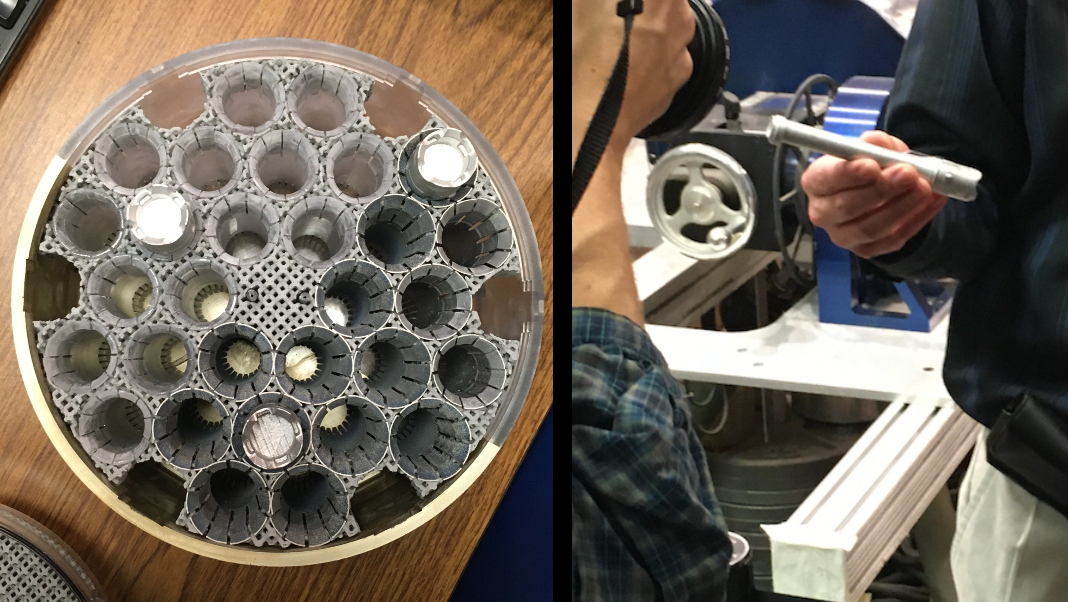 On top of that, MSR would call for countless, redundant firewalls to protect Earth from potential contamination by Martian microbes. Despite the fact that this scenario, referred to as “back contamination,” would have an extremely low probability of occurring, the MSR team would still treat the regolith as if it were most certainly laced with life. The current plan would even call for building a specially designed Biosafety Level 4 containment facility for the Martian samples—level 4 containment facilities undertake the highest level of biosafety precautions, and are designed to handle agents that cause severe or fatal disease.

Taking into consideration MSR’s most critical aim, as well as the planned precautions, it’s fair to say that the real hope here (or perhaps fear) is that the returned Martian soil will contain extraterrestrial life. Which, of course, doesn’t affect the odds of there actually being life in the returned samples, but at least that means experts, and, incidentally, Nobel Prize winners, are wide open to the possibility. 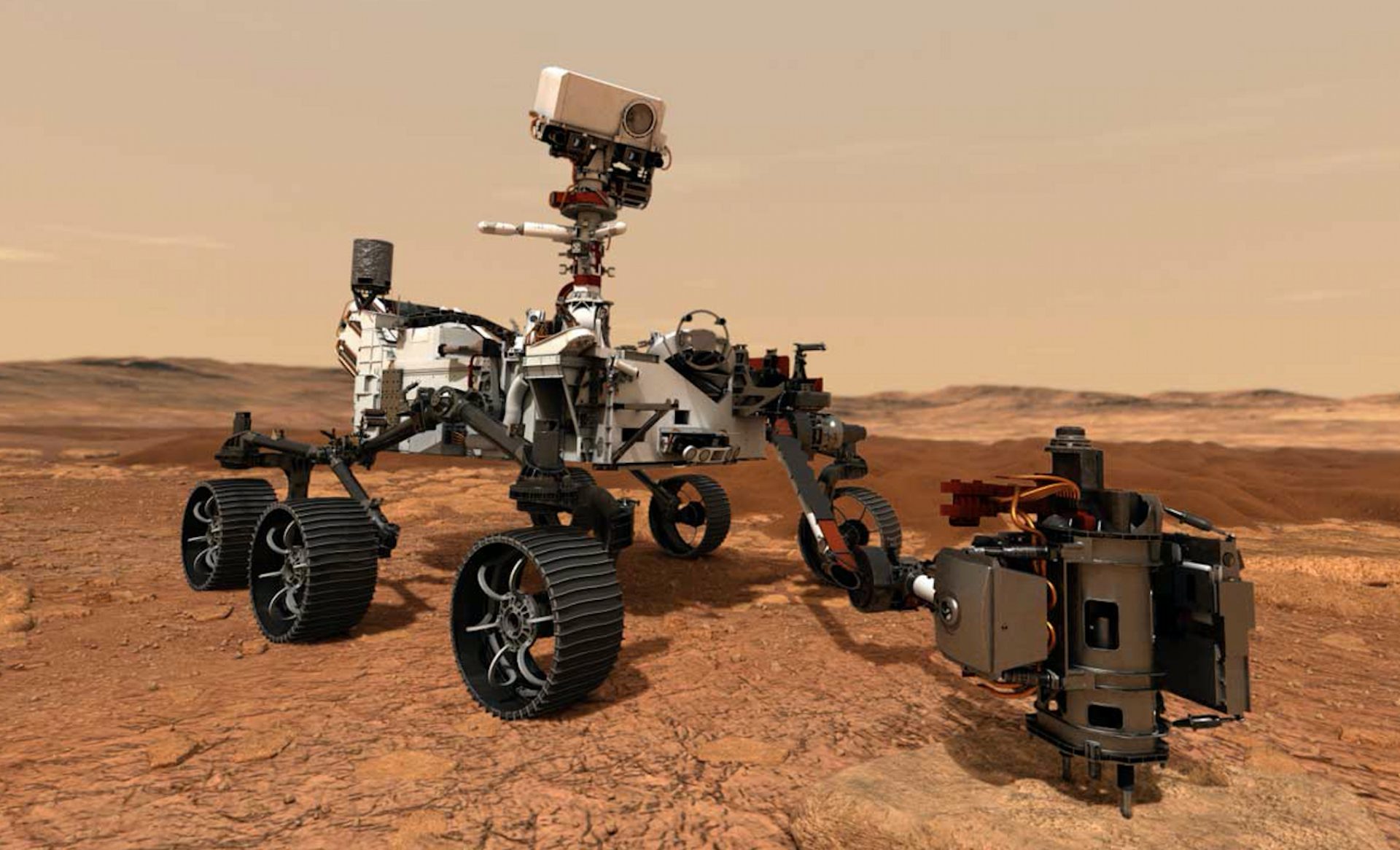 An illustration of the Mars 2020 rover collecting regolith samples. NASA

Signs from Mars that would affect the calculation of the odds that there’s life in the Martian regolith are, unfortunately, ambiguous at best. For example, it’s been widely reported that liquid water was indeed discovered on the surface of Mars, but according to some sources—including team members at JPL that Nerdist spoke with personally—that is not the case. Despite the validity of that discovery still seemingly under review, the ESA’s Mars Express mission did apparently detect a lake of water underneath Mars’ southern pole’s ice cap. 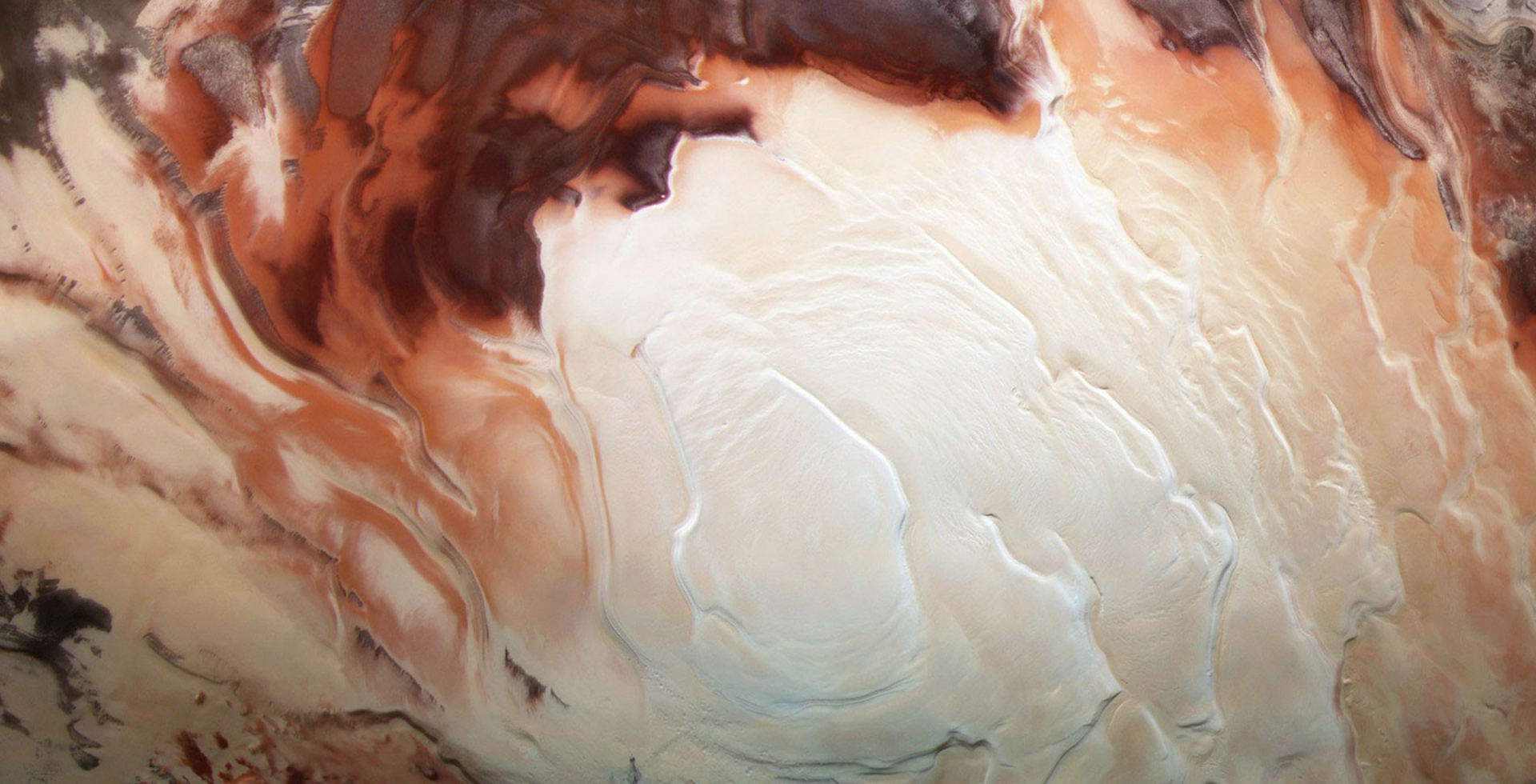 Calculating the odds that MSR’s returned cache will contain life, or at least signs of life, is also difficult because life may not be within reach of the Mars 2020 rover’s drill. If microbial lifeforms do currently inhabit Mars, they likely do so at much greater depths than Mars 2020 could potentially reach. For example, one research team calculated in a 2007 paper that “the cumulative damage to DNA and RNA by cosmic radiation would limit retrieving viable dormant cells on Mars to depths greater than 7.5 meters [about 25 feet] below the planet’s surface.” And while it’s unclear exactly how long Mars 2020’s drill is, the regolith tubes themselves are only about as long as a pencil. (Although there is a drill on the European Space Agency’s Rosalind Franklin rover that’s about 6.5 feet long.)

For decades, we’ve dreamt of bringing samples from the surface of Mars to the surface of Earth. #Mars2020 and Mars Sample Return are laying the groundwork to bring that dream to life.

See how @NASA and @ESA are working together to do it. https://t.co/O399eG7wtq pic.twitter.com/CpMhIwch4X

Ultimately, it is—expectedly—hard to say what the betting odds are in regards to whether or not we’ll find life inside of the regolith we bring back from Mars. But there’s no question that studying Martian regolith in labs here on Earth will significantly increase our chances of finding at least some trace of Martian life. And if there’s one thing NASA and JPL should be doing with all of the robots they’re sending to Mars, it’s increasing the number of opportunities we have of finally finding out whether or not life really does, to paraphrase the great Ian Malcolm, “find a way” on other worlds aside from ours.

What do you think the odds are of finding life in Martian regolith returned to Earth? Are you banking on a big microbial payoff in 2031, or do you think NASA et al. are going to have to dig way deeper into the Martian surface to have any real shot at finding extraterrestrial life? Let us know your thoughts in the comments!