NASA Names Tiny Rock on Mars After The Rolling Stones

UPDATE, 8/23/19 – It turns out that NASA’s big announcement involving Robert Downey Jr., the Rolling Stones, Mars, and the Rose Bowl is about — epic drum roll ’cause this news is going to be huge — a tiny rock on Mars displaced by the InSight robotic lander that’s been named after the Rolling Stones! Holy cow, that is some really epic news! Right? Right?! OK, not really, but we’re still talking about Mars, so that’s awesome.

The most ambitious crossover announcement in space? @NASAInSight just named @RollingStones Rock on Mars in honor of the band. Watch @RobertDowneyJr announce the @NASA news live on stage at the Rose Bowl ahead of tonight's concert. https://t.co/868Gbervw1 #MarsRocks pic.twitter.com/xETMzS0H9y

The announcement of the “Rolling Stones Rock” on Mars, which was teased by RDJ and NASA on Aug. 22, came at that night’s Stones concert at the Rose Bowl in Pasadena, California.

Tonight was out of this world! ? Thanks for celebrating with us @robertdowneyjr and thank you to all the team at @NASA @NASAJPL @NASAInSight @MarsCuriosity #marsrocks pic.twitter.com/UqcCJyT0w2

RDJ stood on stage in front of about 60,000 people and talked about the rock that was sent rolling by InSight, which landed on the red planet in November of 2018. After telling the crowd about the little rock that could (roll a couple of feet), he asked the audience to give its democratic approval of NASA’s moniker. The crowd subsequently gave a resounding cheer and the motion was seconded by RDJ.

NASA also put out an accompanying press release with RDJ’s announcement, but you don’t have to read it. To sum up: The InSight robotic lander displaced a rock on Mars when it landed, and because the rock rolled NASA named it after the Rolling Stones. Below is a picture of the rock. Yay. 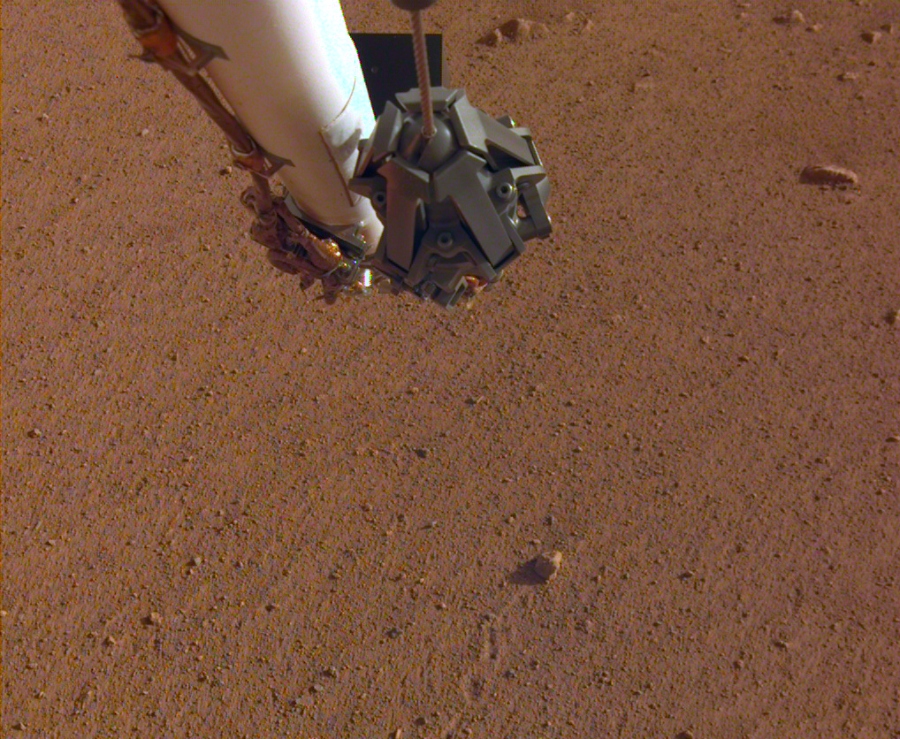 8/22/2019 – When NASA teases an incoming announcement, said announcement is often quite profound: For example, did you know that freakin’ liquid water flows on Mars? So when NASA teams up with Robert Downey Jr. to drop a teaser clip of something big coming later tonight, we can only assume it’s going be earth-shattering. Although hopefully not literally.

In a short clip on twitter, RDJ — with a swirling galaxy around his head — says that he is “bubbling with anticipation” about whatever is to be announced tonight. Which seems reasonable considering the fact that the incoming news involves the Rose Bowl, the Rolling Stones, and the Aries Ruling Planet, a.k.a. Mars.

Although it’s hard to say what exactly NASA has up its spacesuit sleeve, we can triangulate based on the given clues that it’s going to be some kind of concert. A massive stadium and legendary rock band that easily sells out stadiums kind of points toward that conclusion, right? Although the addition of Mars probably means there’s going to be some kind of special space sauce added into the mix. Maybe instead of using nukes to warm up the red planet, we’re going to utilize a raucous version of “Start Me Up” played on an endless loop.

We’ve done a cursory investigation into the matter (so much googling) and haven’t found any more clues. We can only hope that this will be as cool as NASA offering to retrieve Tony Stark from his endless drift through space.

What do you think NASA and RDJ are going to announce tonight? And between anti-aging cream for Mick Jagger, a real-life Iron Man suit, and a base on Mars, which invention do you think is most likely to happen first? Let wild horses carry you away in the comments!