This week the internet and space aficionados everywhere bid a fond farewell to the Mars rover Opportunity, which lost communication with NASA after a staggering 15 years of gathering invaluable data. If you mourned the rover—or maybe just pretended to because you don’t know that much about it—it’s never too late to learn about Oppy’s history and incredible accomplishments on the red planet.

CuriosityStream, a documentary-focused subscription streaming service, salutes Opportunity in the first episode of Space Probes: Red Rovers, which is currently free to stream with no login or subscription signup required! The 30-minute documentary reviews the groundbreaking missions of Mars rovers Sojourner, Spirit, Opportunity, and Curiosity, and the scientists and controllers behind them. 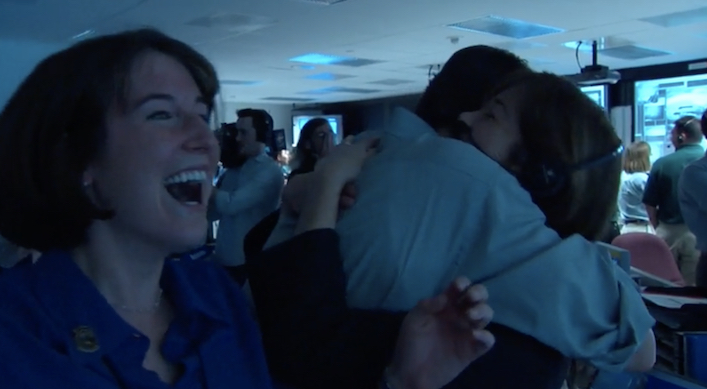 You’ll learn about the rocky start to the missions of twin rovers Spirit and Opportunity and all that they accomplished in their hunt for water on Mars, and experience the joy and sorrow of the teams that became rather fond of the robotic explorers.

And did you know there’s a “Super Rover” in the works for a mission that might be the predecessor to the first human explorers on the red planet? You’ll find out about it and more in the compelling episode.

If the free episode leaves you wanting more Mars, CuriosityStream is ready to get you started with a binge-watch you can’t find anywhere else. Packing For Mars, Destination Mars, and many more documentaries are available now with the site’s Red Planet playlist. There’s even a seven-day free trial to see if a Mars marathon is a mission you’re ready to go on.

CuriosityStream also shared a small tribute to the retired rover that sums up everything you need to know about its incredible lifetime.

Learn more about the science-doc subscription service on their website, CuriosityStream.com.