How NEW GODS Can Set Darkseid Apart From Thanos - Nerdist

How NEW GODS Can Set Darkseid Apart From Thanos

He’s possibly the greatest villain in the DC Comics universe, and at long last, it looks like he will finally make his first appearance on the big screen. Director Ava DuVernay has confirmed via Twitter that Darkseid, the Lord of Apokolips, will be making his live-action debut in her big-screen adaptation of Jack Kirby’s New Gods. This is a long time coming; DC’s God of Evil was supposed to be the “big bad” in Justice League before the filmmakers chose Steppenwolf instead. This is Warner Brothers’ chance to fix that mistake.

As excited as fans are to see Darkseid finally show his rocky face onscreen, many have raised a very legit concern. How on Earth do you differentiate Darkseid from Marvel’s Thanos?? Both characters share a lot of similarities. In fact, Thanos was created by Marvel back in the ’70s as a direct response to Kirby’s Darkseid. But the key to making a big screen Darkseid work in the wake of Thanos becoming a household name is to highlight all the ways that he’s not like Marvel’s cosmic despot. Below are five big differences Darkseid has from Thanos that Ava DuVernay and writer Tom King can highlight to differentiate the two intergalactic tyrants from one another.

Darkseid is an Unkillable Dark Deity 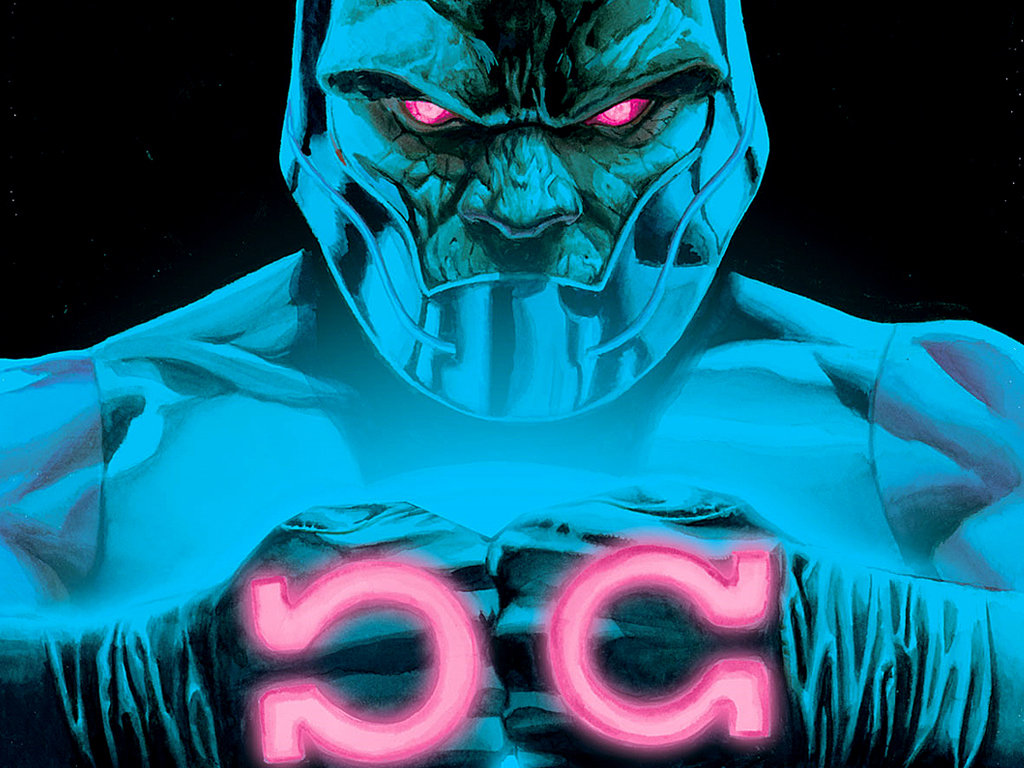 While Thanos is physically powerful and very long lived, without the Infinity Gauntlet he really can’t qualify as an actual god. And when he’s dead, he’s dead. (or at least he’s supposed to be). But Darkseid transcends traditional concepts of mortality as the DC Universe’s God of Evil. Killing him by chopping off his head won’t stop him. In the comics, his essence has possessed mortals upon death, like in Grant Morrison’s Final Crisis. And more recently, he’s been reborn as an infant. Darkseid is eternal in a way that Thanos simply isn’t.

He Has No Human Feeling

Thanos is a straight-up villain, but both in the comics and on the screen he is guided by real human emotions and needs. In the Infinity Gauntlet comics, he collected the Infinity Stones as a way of impressing Death, whom he was madly in love with. In the MCU, he wanted to bring “balance” to the universe. He did it in the most horrible way possible, but an argument can be made that his ultimate goal was noble.

Darkseid has no hidden agenda based on concepts like love or universal peace. The Lord of Apokolips simply wants to bend the universe to his will and to feed on the suffering of everyone in it. That might be harder to write for from a character standpoint, but it’s best to treat Darkseid like a force of nature. But a truly malevolent one. Think the shark from Jaws or Michael Myers, only a lot smarter and more eloquent. 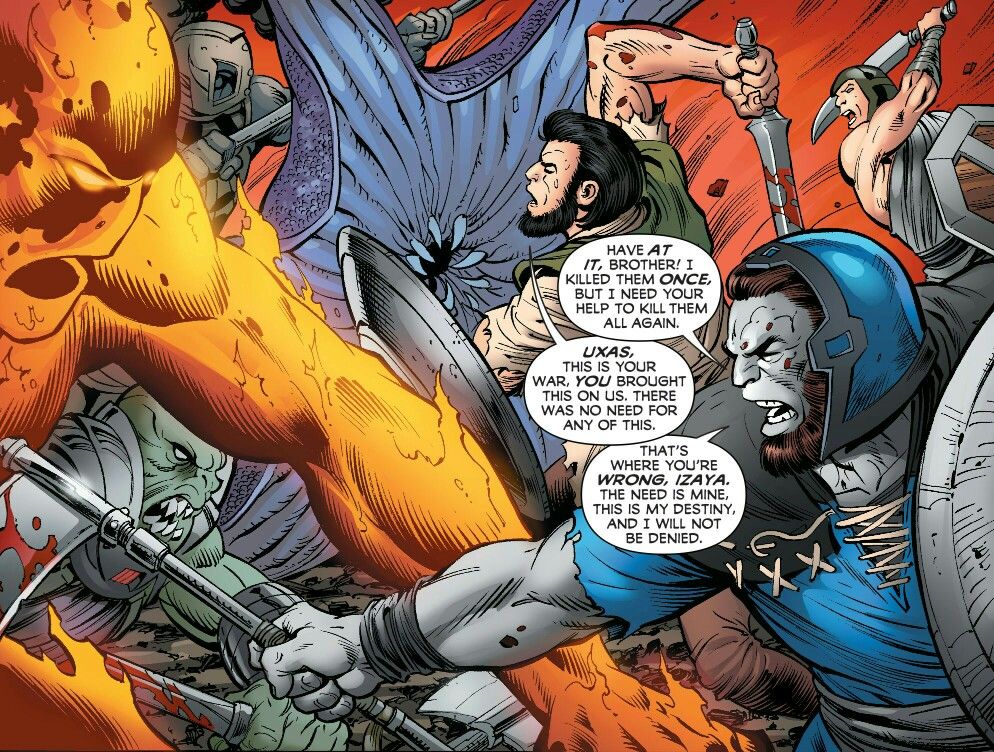 Thanos’ backstory is given little time and attention in the MCU. We get enough, in that we know he was from the planet Titan, and that he saw his home world destroy itself due to overpopulation. But that’s about it. Darkseid however has en epic, almost Biblical backstory. Certainly Shakespearean. It has tons of family betrayal, royal intrigue, and centuries long battles between the forces of good and evil. By giving proper focus to the backstory of Darkseid’s rise to power and transformation from a man named Uxas into stone-hearted malevolent God, you’d give us something the MCU didn’t in regards to Thanos.

The Powers of the Omega Effect 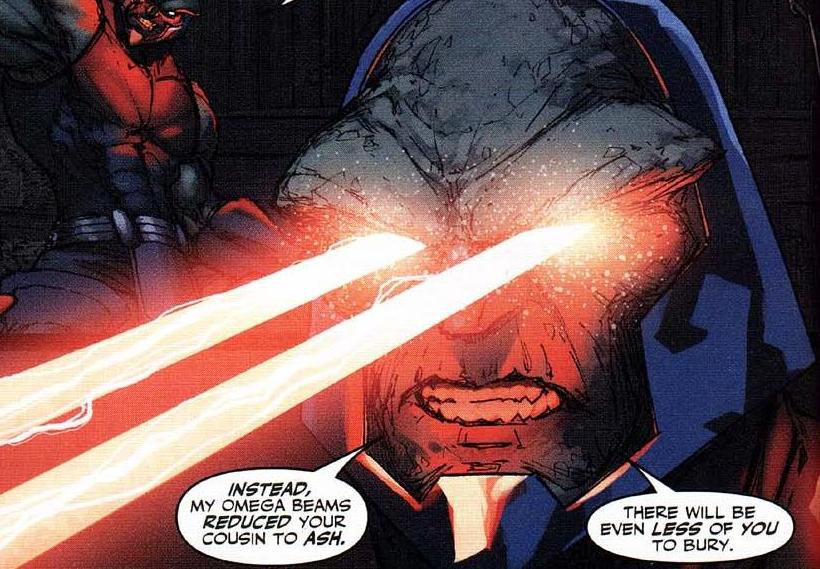 Without the Infinity Gauntlet, Thanos is physically stronger than the Hulk and arguably Thor. And he wields the might of an enormous army. But take that army away, and Darkseid simply has more working in his favor power wise. Unlike Thanos, he has mental powers that are pretty vast. He once mentally took control of the entire population of a planet, in the Legion of Super-Heroes’ epic “The Great Darkness Saga.”

He can also change his size at will, becoming a towering giant, as he often did when fighting the Justice League. But most importantly, Darkseid has the powers of the Omega Effect. This allows him to shoot beams from his eyes which can both kill and resurrect those he’s slain (usually so he can kill them all over again). And unlike Thanos, the powers are innate to Darkseid. He don’t need no stinkin’ gauntlet to use them. The Omega Effect is part of Darkseid’s very being. 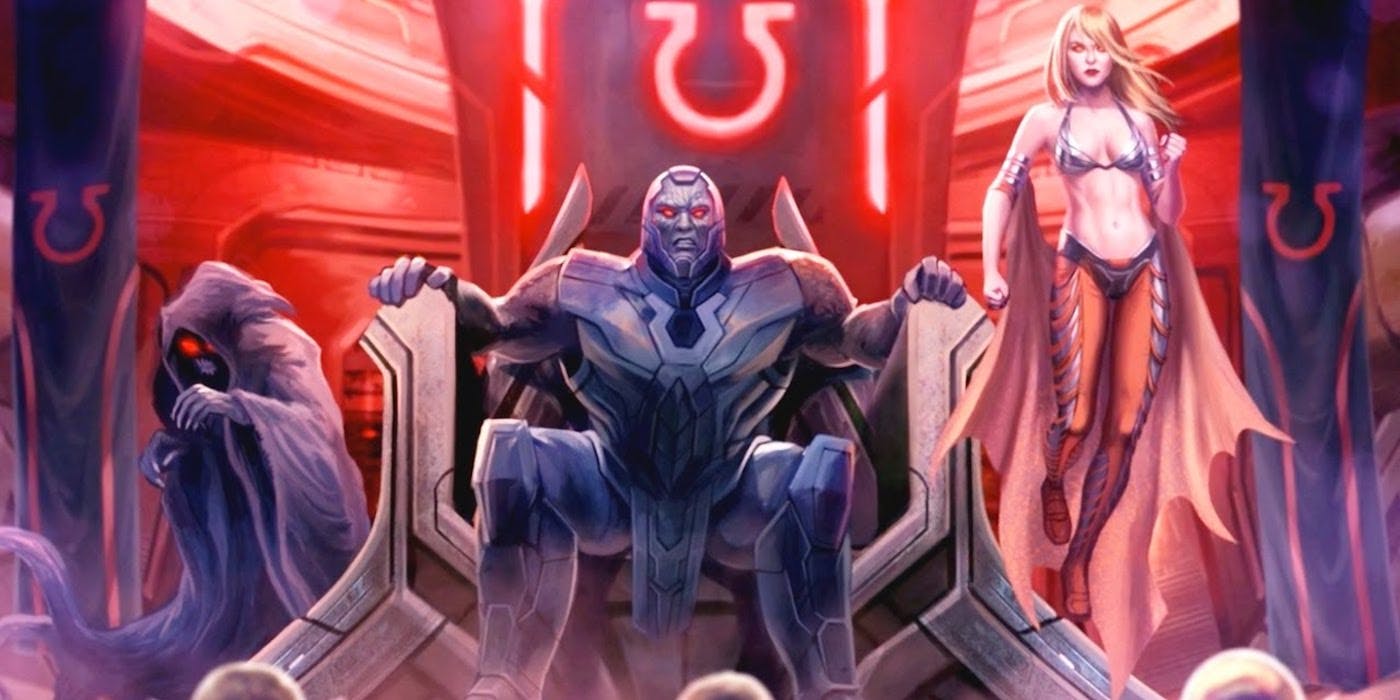 With the exceptions of Gamora and Nebula, most of Thanos’ underlings in the Black Order are pretty generic. They look cool, don’t get me wrong. But in this department, Darkseid has an advantage of Thanos. His son Kalibak, his master torturer Desaad, and Granny Goodness and her Female Furies are all interesting disciples that have distinct personalities and powers. And Darkseid has different levels of respect for each one, leading to a very different dynamic to that of Thanos and his “children.” Only after Justice League, maybe Darkseid’s uncle Steppenwolf should sit this one out.