Director Ava DuVernay’s adaptation of Jack Kirby’s epic DC series The New Gods was announced last year, but there has been very little news about it ever since. But now according to the folks at The Wrap, the movie has found its writer. And it is a name that is very familiar to fans of DC Comics: Batman writer Tom King. The report says that King will be co-writing the screenplay along with DuVernay. She tweeted out the news moments later herself:

King, a former CIA officer, recently wrapped a Mister Miracle limited series that delves deep into the whole New Gods mythology. The Eisner Award-winning series mostly focused on the love story between Mister Miracle and the female warrior from Apokolips known as Big Barda. Rumors abound that the Mister Miracle/Barda romance would also be the main focus of a New Gods film. Recently DC announced that Tom King would depart the Batman comics a bit earlier than expected. This could very well be the reason why. 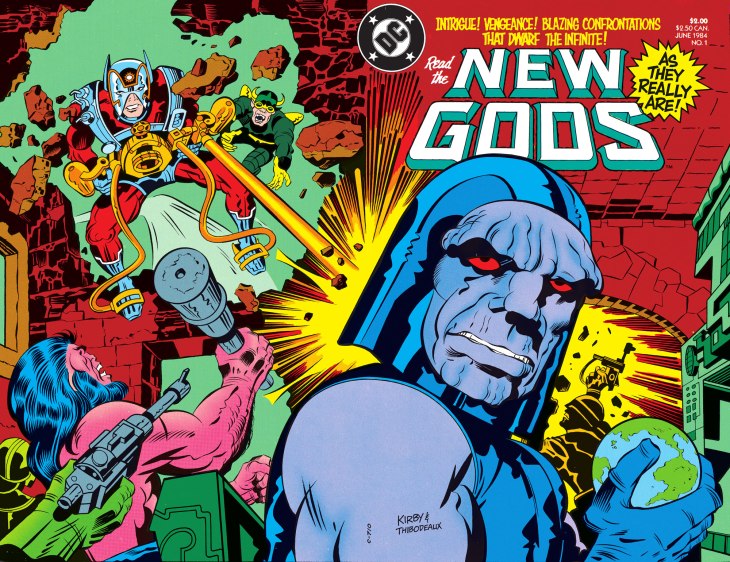 Jack Kirby introduced what is now called the Fourth World mythology into DC Comics lore in the early seventies, and it has since become an integral part of the DC Multiverse. These stories produced Darkseid, easily DC’s biggest villain of all. Darkseid was originally planned to be the villain in Justice League, but was likely changed due to the similarities to Marvel’s Thanos. But maybe it is best to introduce Darkseid in a New Gods film. Fighting Superman and Wonder Woman could seem way too much like Avengers: Infinity War and Endgame.

There is no known start date for New Gods, but it seems that Warner Brothers is serious about going forward into a more cosmic direction with their movies. Interestingly, Jack Kirby’s other mythological opus The Eternals is also gearing up for production very soon. This could be another situation where both DC and Marvel’s versions of a saga end up on the big screen at roughly the same time.