Ever since Disneyland opened in 1955, the map guests receive has shown approximately the same layout. Although there have been additional lands since opening day, there has never been as massive an addition to the original Anaheim park as Star Wars: Galaxy’s Edge. Set to open on May 31st, the addition of this 14 acre area has necessitated that the map every visitor receives at the turnstile includes Galaxy’s Edge. And thanks to the Disney Parks official blog, we now have a preview of what the new map looks like, which you can see down below: 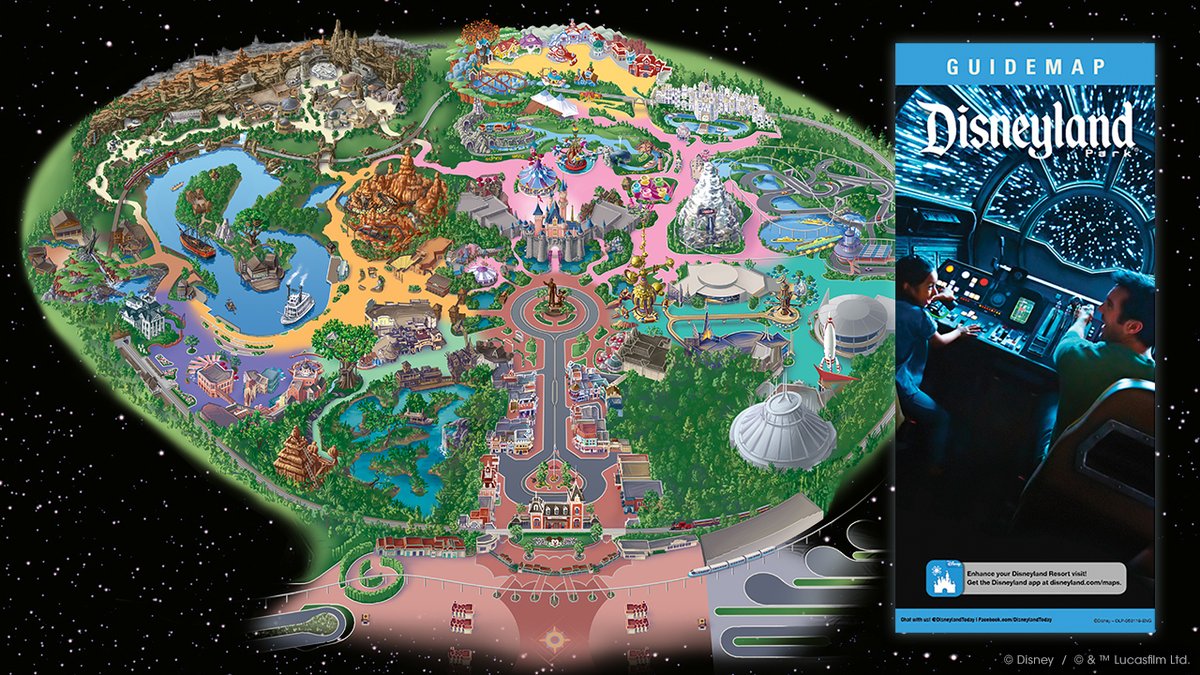 The new map shows three separate entrances to the newest land; one from Fantasyland, one from Critter Country, and one from Frontierland. Although there will be only one main attraction on opening day, Millennium Falcon: Smuggler’s Run, Rise of the Resistance is scheduled to open later this year and is supposed to be the most elaborate ride that Walt Disney Imagineering has ever built. Despite having one big attraction, there will still be plenty to do in Galaxy’s Edge. You can have some blue milk at Oga’s Cantina, or build your own droid. There’s even a place to build your own customized lightsaber, fulfilling the dreams of every Star Wars fan ever.

For its first month in operation, Disneyland guests will need special reservations to visit Star Wars: Galaxy’s Edge. All of this is an effort to keep the land from becoming impossibly crowded. In addition, visitors to Oga’s cantina will only have one hour to chill at the bar before making room for the next batch of guests. And for those that don’t comply? Well, there are some First Order Stormtroopers handy to make sure that everyone complies with the rules. You don’t want to make Kylo Ren mad, do you?

Star Wars: Galaxy’s Edge opens at Disneyland Resort on May 31.