On April 19, NASA achieved the first-ever flight of a powered, controlled aircraft on another planet when it flew the Ingenuity helicopter on Mars. Now, the space agency has released color images of the Red Planet taken by the small, robotic copter. Which, in fact, mark the first-ever aerial color images of the planet. (There have been a lot of “first-ever” moments for this mission.) 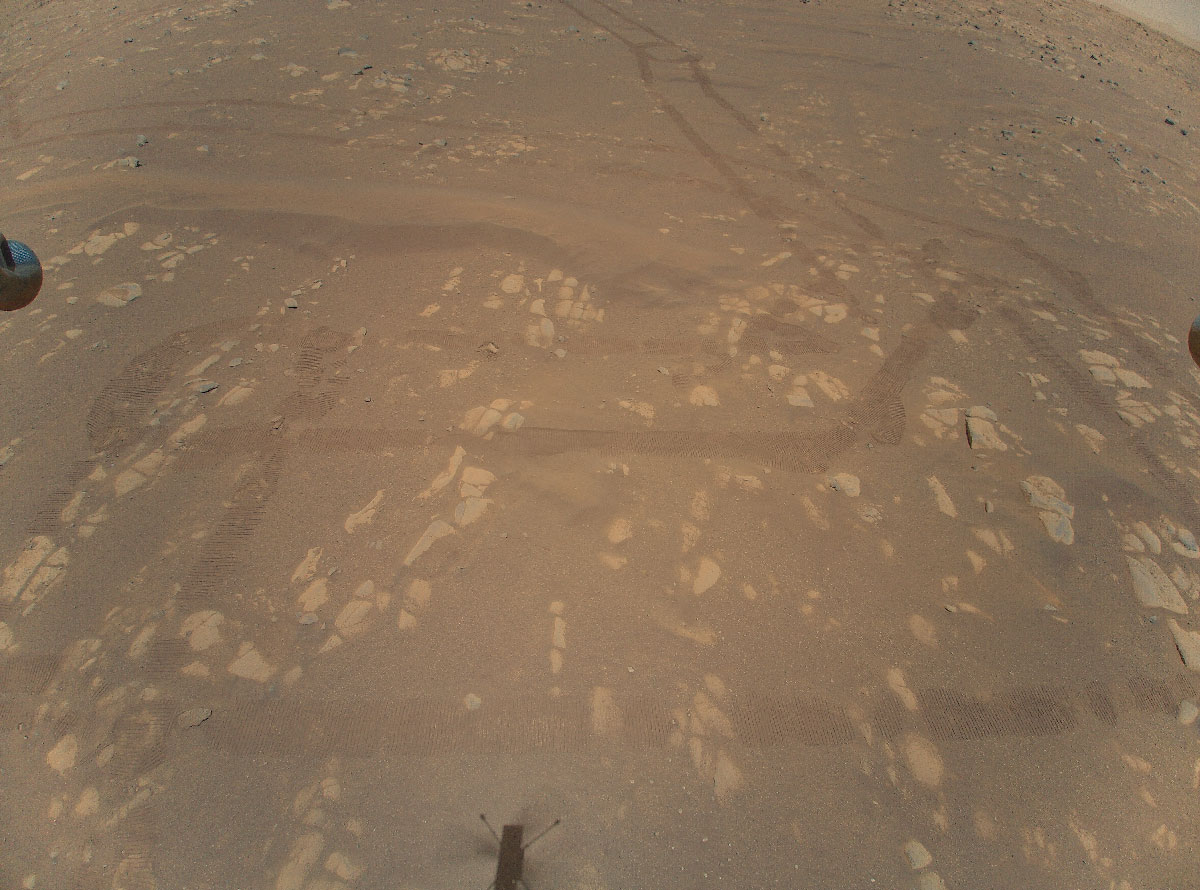 Gizmodo reported on the aerial color images, which come following multiple test flights of Ingenuity. Piggybacked on NASA’s Perseverance rover, engineers sent Ingenuity to Mars as an aerial test vehicle. And so far the helicopter’s had no trouble hovering around in the extremely thin Martian atmosphere. 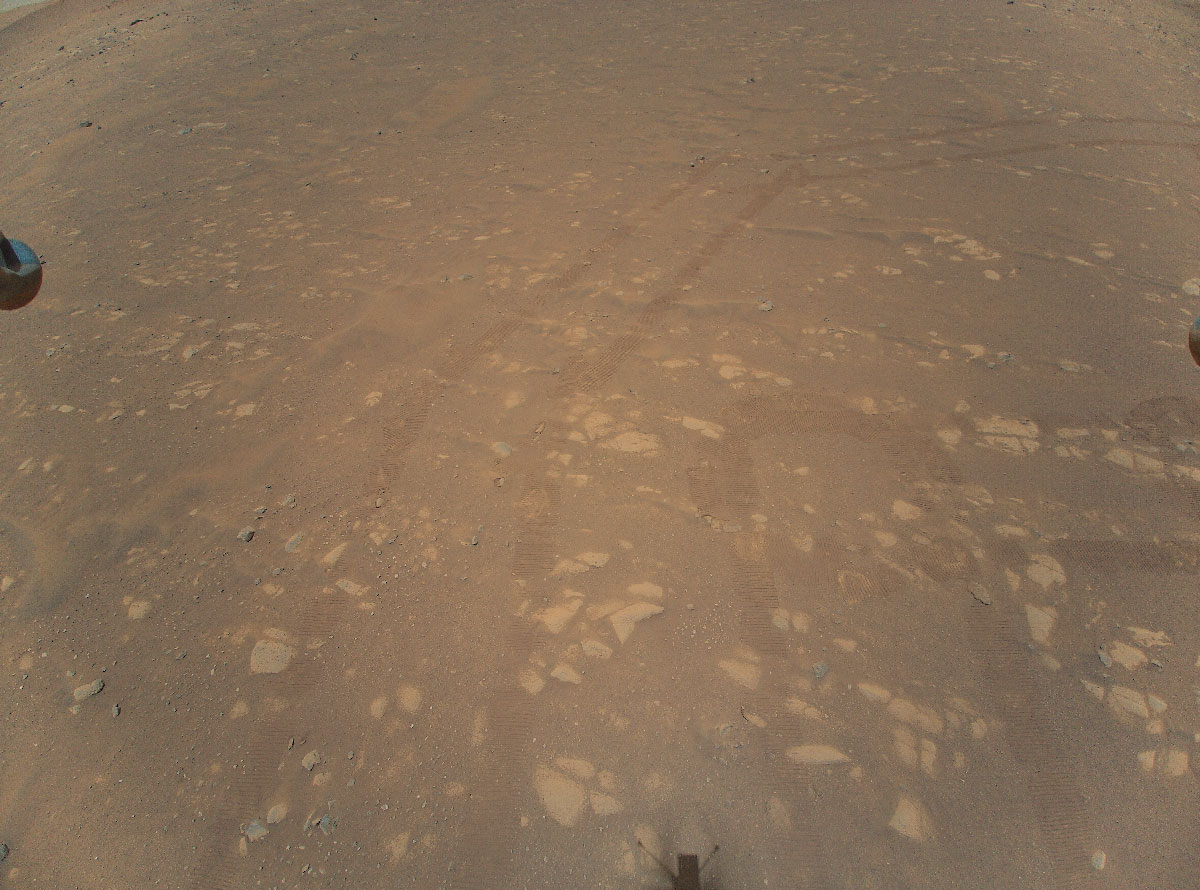 At top is the first-ever aerial color image of Mars, followed by the second and third (in order). NASA says Ingenuity snapped all three pictures during its successful second test flight, which took place on April 22. As of this writing, the little copter has completed three successful flights; recharging itself each time with onboard solar cells. 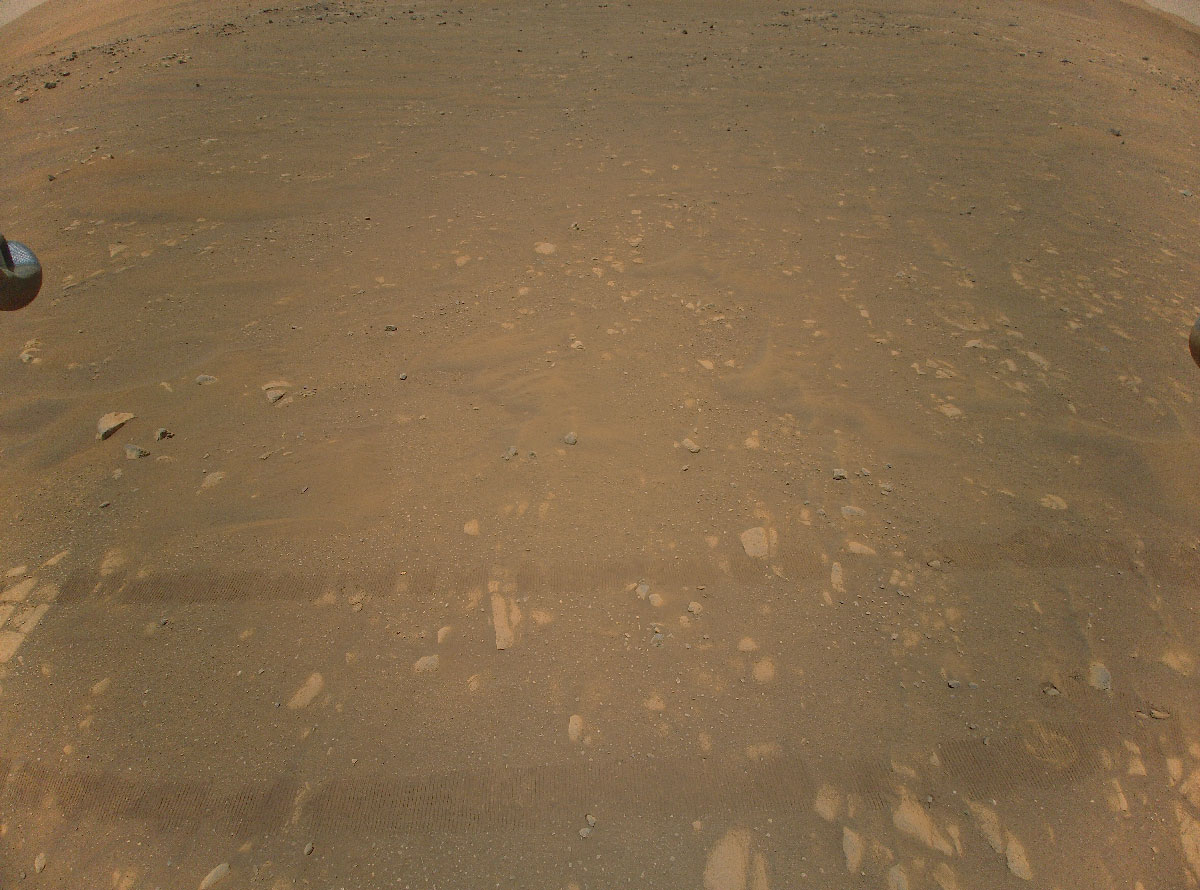 Taken from about 17 feet above the Martian surface, the pictures show Perseverance‘s tracks across a light-brown regolith pockmarked with gray-blue rocks. The six-wheeled rover left the tracks as it rolled along the planet’s Jezero crater; the site where Perseverance landed on February 18. Along with the tracks, two of Ingenuity‘s four landing pads are also visible—on the edges of either side of the picture.

Not only do the aerial images provide a new perspective of Mars’ surface, but NASA also says they help to show how well aircraft work as scouts. Which makes perfect sense, especially considering probe droids from The Empire Strikes Back. Although the space agency’s “Shapeshifter” probes seem like they’d work just as well, and they look ten times cooler; an important feature on a planet where high-res color images are becoming the norm.