In March of this year, NASA announced it was gearing up to launch Ingenuity; the first-ever helicopter on Mars. Now, everyone can mark April 19, 2021, as the first flight of a powered, controlled aircraft on another planet, as the mini-copter has pulled off a flawless, nearly half-minute-long hover maneuver. A feat made all the more amazing by the Red Planet’s extremely thin atmosphere.

NASA just announced the seminal flight, which serves as another milestone in the space agency’s Mars 2020 mission; the endeavor featuring the Perseverance Mars rover, which landed on Martian soil earlier this year, on February 18. Ingenuity hitched a ride aboard Perseverance on its seven-month journey through space. Then, in March, the rover slowly removed Ingenuity from its underside in a painstaking, six-day maneuver.

In the video above, NASA shows Ingenuity‘s premiere flight above Jezero Crater. (Scientists selected Jezero as Perseverance‘s landing spot as it was likely full of liquid water in its past.) The Mars rover captured the third-person footage of the flight with its own onboard cameras. Ingenuity, likewise, captured the flight, but with first-person stills like the one immediately below. 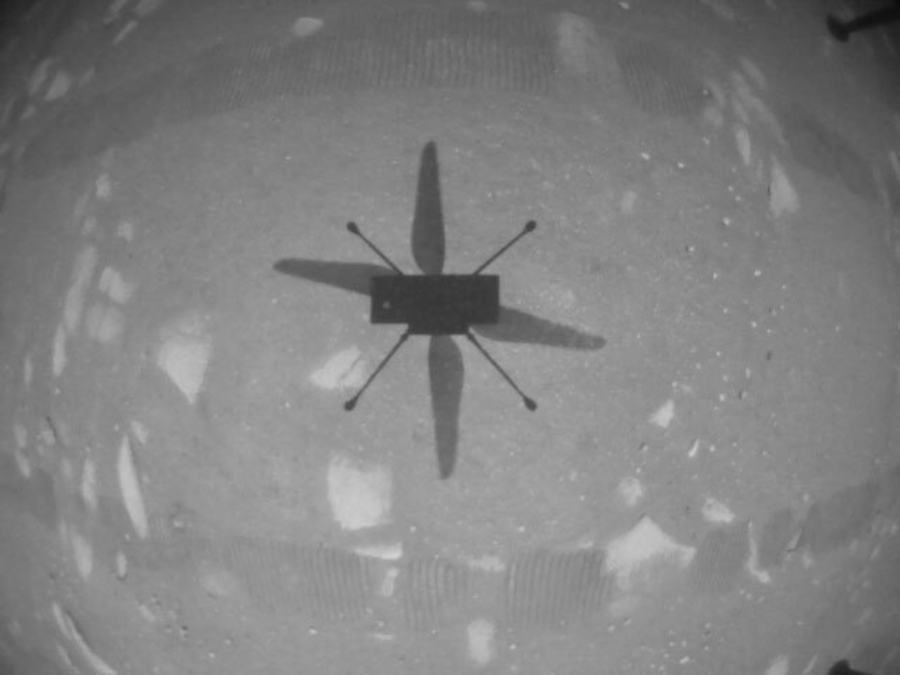 The goal now, NASA says, is to receive and analyze all the data and imagery from the test flight. Ingenuity scientists and engineers also want to plan a second test flight for no earlier than April 22. If that goes well enough, the space agency says there’s potential to expand the helicopter’s flight options.

“Ingenuity is the latest in a long and storied tradition of NASA projects achieving a space exploration goal once thought impossible,” acting NASA Administrator, Steve Jurczyk, said in a NASA press release. “We don’t know exactly where [the helicopter] will lead us, but today’s results indicate the sky—at least on Mars—may not be the limit.” 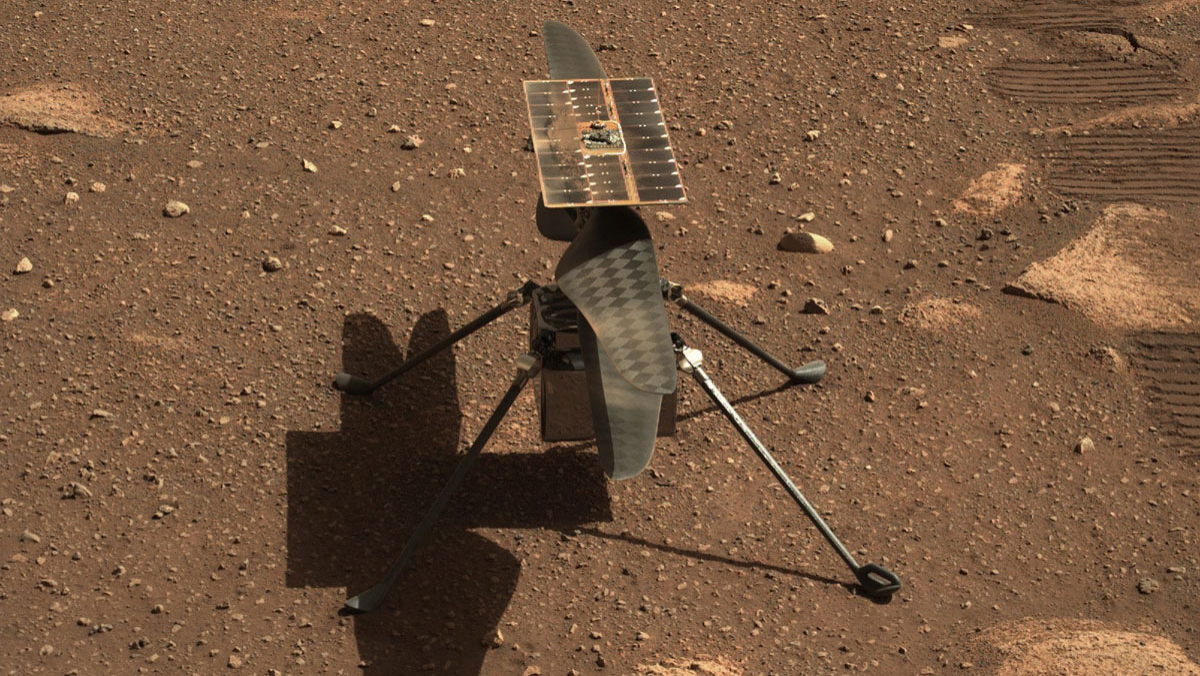