Engineers at NASA’s Jet Propulsion Laboratory (JPL) are working on a new concept vehicle dubbed “Shapeshifter” with the intention of sending it to Titan, one of the many moons orbiting Saturn. But Shapeshifter won’t simply be a new iteration of the Huygens probe NASA landed on the Saturnian moon back in 2005; as its name implies, Shapeshifter will be able to morph itself, transforming into everything from a submarine to a flying drone to a rolling land rover.

And because we know you’ve already said it in your head, here it is in writing: Shapeshifter bots, transform and roll out!

A very brief summation of the Shapeshifter probe was released back in March 2018, noting that the vehicle is a “novel system concept for all-access and cross-domain mobility on bodies with atmospheres,” and that “The proposed robotic platform is capable of mobility across domains including flying in the atmosphere, rolling on a smooth surface, navigating subsurface voids (ex. caves), floating on a lake surface and propelling under an ocean.” Fast forward to now, and we get our first glimpse of a somewhat functional prototype that can… sort of do some of those things.

The clip of the prototype, which comes via Gizmodo, is brief, but it gives us a sense of what a real Shapeshifter probe may eventually look like. For right now, we’re looking at a wiry, mostly empty barrel with a quadcopter drone at its center, but by the time Shapeshifter has its first opportunity to take off for Titan sometime in 2026—with NASA’s Dragonfly mission—chances are it’ll look a lot more like the illustrations in the video rather than something you can piece together from a racing-drone junkyard.

Still though, Shapeshifter will have it where it counts (in theory). Principal investigator for the morphin’ probe, Ali Agha, said in the video’s associated news post that “We have very limited information about the composition of the surface [of Titan]. Rocky terrain, methane lakes, cryovolcanoes—we potentially have all of these, but we don’t know for certain.” Agha added that for Shapeshifter, he and his team “thought about how to create a system that is versatile and capable of traversing different types of terrain but also compact enough to launch on a rocket.”

But even though Shapeshifter could be a sweetheart of a probe perfect for the 2026 Dragonfly mission, it may not even leave Earth at all. Because the project is a part of “NASA’s Innovative Advanced Concepts Program” (NIAC), it will need to pass the space agency’s “Phase II selection process” in 2020, which may not happen. 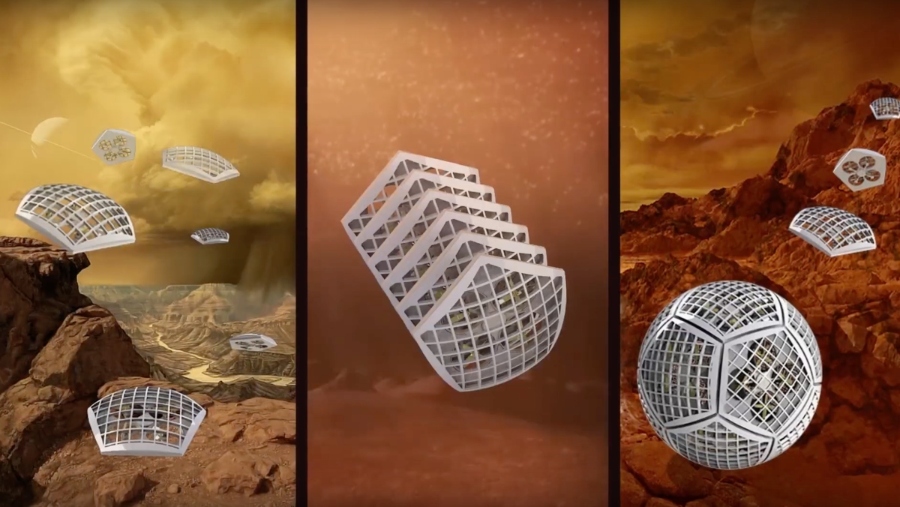 If Shapeshifter does pass muster next year, and if it does end up tagging along with Dragonfly, we’d still have to wait until 2034 for the robotic probe to actually touch down on Titan’s surface. By then, who knows how robotics will have changed. It could be that by 2026 we can just send a few swarms of these Atlas robots to Titan, where they can record all the critical scientific data we need, as well as land some 10/10 gymnastics routines.