12 Iconic Sandwiches From TV and Movies

Who doesn’t love a good sandwich? No matter your diet or preferences, there’s a perfect sandwich for everyone. It’s one of the more versatile foods, easily customizable, with endless combination possibilities. All you need is some bread, fillings, condiments, maybe a little seasoning, and you’re all set.

Recently, we were enamored with the egg sandwich Harley Quinn pines after in Birds of Prey, and that got us thinking: What are some other memorable sandwiches from movies and TV? 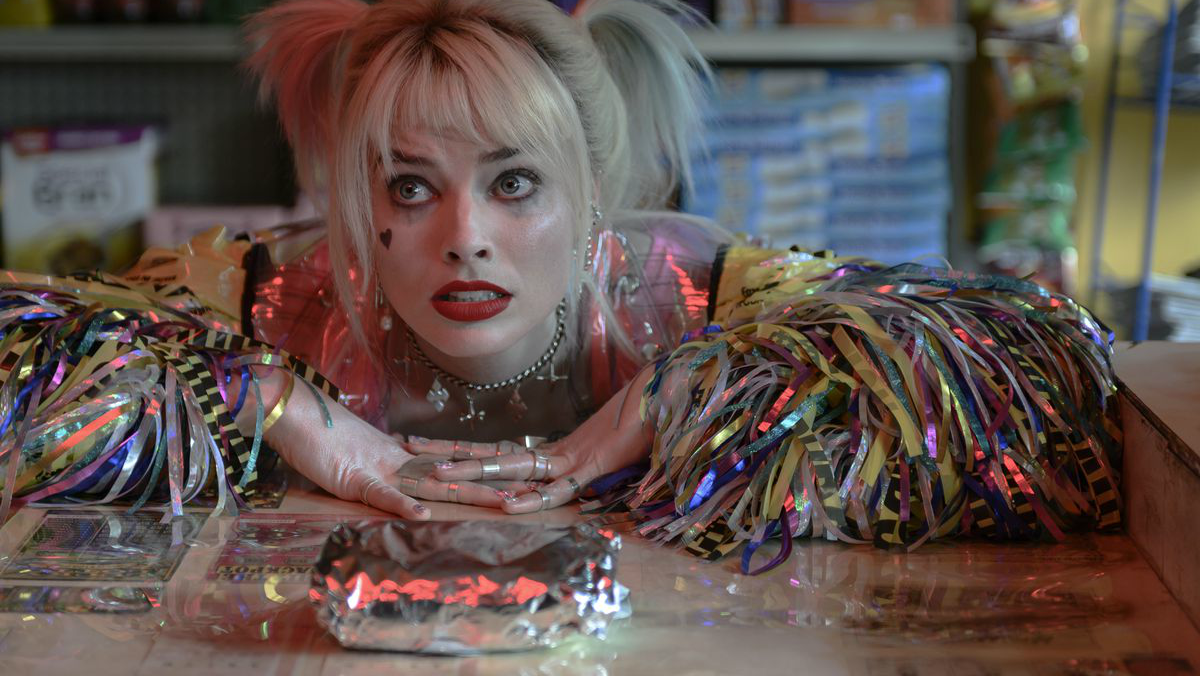 We put our thinking caps on and came up with these 12 iconic, tasty, and unique sandwiches from the big and small screen. Some will make your mouth water with delight… others might make it water with disgust. Either way, these are some seriously unforgettable sandwich concoctions.

Let’s start with the sandwich that inspired this whole list. Early into Birds of Prey, a very hungover Harley Quinn heads to Sal’s to pick up what she calls “the perfect egg sandwich.” It’s made of bacon, eggs, cheese, and just a dash of hot sauce. (“Not too much, Sal. I wanna taste that cheese.”) Unfortunately, a conflict with the cops prevents her from mowing down on the beautiful sandwich, which spills out of her hands during a chase and smashes into the cement. But worry not, by movie’s end, Harley and her sandwich are reunited—it’s the real love story of Birds of Prey. Who needs the Joker?

This is one of the most famous scenes in rom-com history, set in a New York City diner called Katz’s. Meg Ryan’s Sally Albright acts out a lengthy orgasm while Billy Crystal’s Harry Burns—and the rest of the restaurant—watches on. He puts down his pastrami sandwich in the process as her moans intensify. At the end of it all, a woman sitting nearby utters the famous line: “I’ll have what she’s having.”

Who could forget the memorable lunch scene from the John Hughes high school classic The Breakfast Club? During their detention day break, while rich girl Claire (Molly Ringwald) eats sushi and jock Andrew (Emilio Estevez) unpacks a giant paper bag of fuel, “weirdo” Allison makes a sandwich that’s as revolting as it is beguiling. She removes a slice of olive loaf from inside her sandwich bread and pours the innards of several Pixy Stix in its place. Then, she crunches some Cap’n Crunch, pours it on top, puts the sandwich back together and takes a big bite. A perfectly weird sandwich for a perfectly weird girl.

In the iconic Friends episode “The One With Ross’s Sandwich,” Ross Geller (David Schwimmer) faces a dilemma. His Thanksgiving leftover sandwich— lovingly dubbed “the moist maker”—has gone missing from his work fridge, sending him into meltdown mode. Though the exact ingredients of the sandwich aren’t described in the episode, fans generally agree that it includes leftover turkey, stuffing, and three slices of bread—one dipped in gravy, hence the moist-ness of it all.

In this memorable scene from Kill Bill: Volume 2, David Carradine and his young daughter tell the story of her dead goldfish, Emilio, while he prepares a stack of ham and cheese sandwiches. It’s a haunting moment, made all the more enticing by the large knife Bill uses to slather mayo on the bread. Sometimes, you just need to talk about the ugly parts of life and death while wielding a massive knife and making some dinner.

Weird Al is a name associated with food, thanks to his song parodies like “Lasagna” and “Eat It.” His 1989 comedy film UHF also has some memorable food moments, including the “Twinkie Weiner” sandwich. What’s on a Twinkie Weiner? Prepare to be disgusted. First, you slice a Twinkie in half, and place a hot dog inside. Then you cover it with Cheez Whiz, dunk it in milk, and eat. This isn’t one we’d recommend trying at home.

20th Century Fox
The internet tends to agree that Andy’s boyfriend, Nate, is the villain of the 2006 film The Devil Wears Prada. He’s cruel about her fashion internship and all of the hard work Andy does, and eventually they go their separate ways. But early in the movie, he temporarily has us won over based on the beautiful grilled cheese sandwich he makes for Andy after a long day of work. Not only does it look perfectly fried, but he also says there’s “like $8 worth of Jarlsberg in there.” The fancy Norwegian cheese does indeed make for a great grilled sandwich. It’s too bad Nate is the one who made it.

Another memorable grilled cheese movie moment comes from the 1993 movie Benny & Joon, when Johny Depp makes a stack of sandwiches using an iron and ironing board. “Some cultures are defined by their relationship to cheese,” says Mary Stuart Masterston’s Joon as she watches on. It’s a simple sandwich—just butter, bread, and cheese—but this one makes us hungry every time.

Married… With Children: The Tangwich

The Bundy family on Married… With Children found a lot of uses for the affordable orange powder Tang. Tang margaritas, Tang mimosas, and, in the episode “Desperately Seeking Miss October,” the Tangwich. Al makes the sandwich by pour Tang in between two slices of bread. As Kelly points out, the key is to pinch the sides so the Tang can’t fall out. Sounds a little like Allison’s Pixy Stix sandwich, without the crunch.

Back To School: Hors-d’Oeuvres Sandwich

“I hate small food,” Rodney Dangerfield‘s Thornton Melon proclaims at a party, before slicing open a loaf of bread and loading it with hors-d’oeuvres in this scene from the 1986 comedy Back to School. Like any wise sandwich-maker, he scoops out the excess bread before loading up the fillings, which include a few trays of small foods. “I learned this in Europe,” he proclaims before serving. Yum.

In the 1993 episode of The Simpsons, “Selma’s Choice,” Homer gets food poisoning after he spends a week eating a 10-foot hoagie that he brought home from a company picnic. In a flashback, we witness how the hoagie went from fresh as spring to a moldy, blackened monstrosity. We can’t exactly blame Homer here; those giant sub sandwiches always seem like a good idea, and who wants them to go to waste?

“A wise bear always keeps a marmalade sandwich in his hat in case of emergency.” Words of wisdom from Paddington, the lovable book-turned-movie bear who made us crave marmalade sandwiches. He’s never far from his own version of the treat, which is simply some humbly made marmalade spread between bread. In addition to spreading kindness, he also spreads awareness for this culinary delight.
Top Stories
Food