This year marks four decades since we first heard the “ ki-ki-ki-ma-ma-ma” sounds in Camp Crystal Lake. That’s when the first Friday the 13th hit theaters. To celebrate forty years and 12 films in the iconic slasher franchise, those masters of digital horror at Scream Factory have announced the ultimate Jason Voorhees Blu-ray box set. The Friday the 13th Collection – Deluxe Edition will be available for purchase on Tuesday, October 13th, 2020. 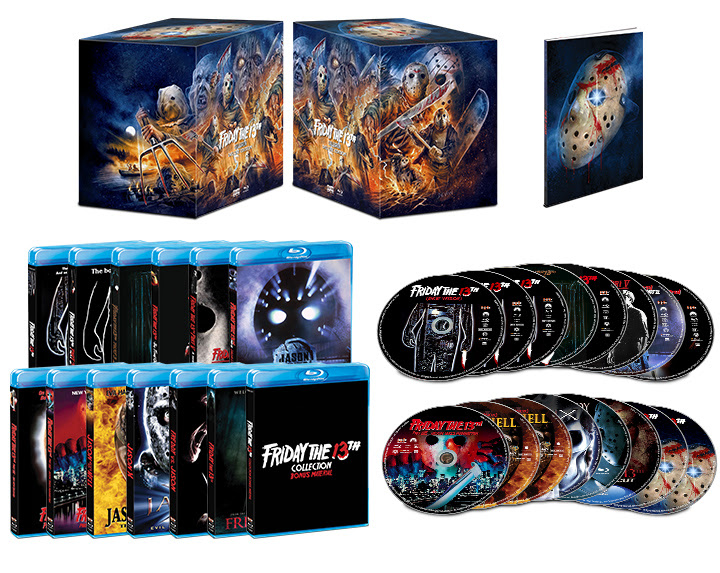 The 16-disc set is the definitive Blu-ray collection of one of the most influential horror franchises ever created. It includes all 12 original films from both Paramount Pictures and New Line Cinema. The entire campground horror series, which was split between the two different studios over the years, has never had a complete collection on home video such as this before. Leave it to the folks at Scream Factory to make the fan’s dreams come true with this comprehensive set. 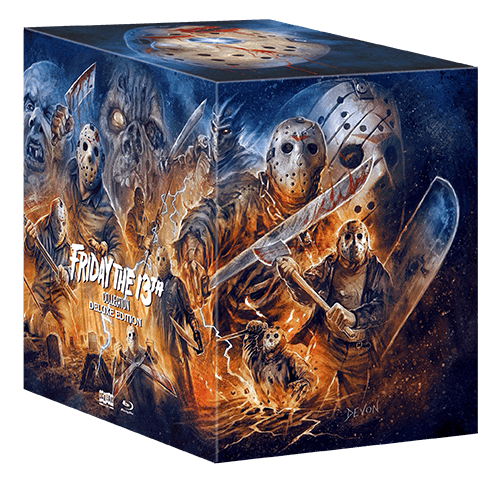 This set will include both new and existing extras, plus a collectible rigid slipcover with newly-commissioned art, a brand new 40 page collectible essay booklet with archival photography, and most importantly, new 4K film transfers for Parts 1-4. Part 3 will have its original 3D presentation. Additionally, each film comes with a dedicated Blu-ray case featuring original theatrical artwork. Read the list of bonus features is below. They’ll announce additional new extras at a later date.

Scream Factory pulled off a similarly fantastic Halloween box set a few years back, with brand new extras for each film. Similarly to Friday the 13th, the films in that franchise were spread across different studios, so that was also a miracle. And it’s truly one of the great horror box sets of all time. If Scream Factory can do something similar with Jason? Then we are in for a treat.

With mass consumption of physical media on the decline, major studios aren’t as willing to invest in new transfers and special features for classic films. But Shout Factory/Scream Factory has picked up the slack. And speaking of, if Scream Factory can give similar treatment to the A Nightmare on Elm Street franchise, and maybe finally bring Buffy the Vampire Slayer to Blu-ray—we’d love that too. In Scream Factory we trust! In the meantime, we’ll just have to binge every movie in this set until the long awaited Friday the 13th: Part 13 finally comes out. Any time now, Jason.

To pre-order this comprehensive box set and get the complete special features details for each disc, head on over to Scream Factory.