This Miniature Disney World Model Will Blow You Away

For months now, Disney fans have not been able to visit any of their favorite state-side theme parks. But that hasn’t stopped their love of all things related to the Happiest Places on Earth. And although we have seen some very impressive “Disney-at-home” experiences made during quarantine, we just think we found one that takes the proverbial cake.

New York City-based artist and Disney super fan Brandon Hardy has created a miniature version of Walt Disney World as a model, and placed it in his own back yard. And we say the world “miniature” loosely, as this model is actually pretty darn huge. And it covers all four theme parks in the resort!

As you can see in the video above, this model contains not only the Magic Kingdom, but also EPCOT, Disney’s Animal Kingdom, and Disney’s Hollywood Studios. This is a very up to date version of the parks, it should be noted, as it includes Star Wars: Galaxy’s Edge and Toy Story Land.

On his channel, Hardy said “this project is something I’ve always wanted to do, but until Quarantine started I never had time to sit down and actually put it together. Back in the day I started collecting Disney’s Monorail Train Sets that were sold at Walt Disney World, and marveled at the handful of models of different rides and landmarks they produced to go with them. Over the years I added new pieces to my collection based on what Disney was making, but I always wanted to get creative and build my own models to fill in the gaps between those things and create my own, big, miniature Walt Disney World.”

This isn’t the only time Hardy has shown off his incredible love for all things Disney Parks, as he recently made a jaw-dropping quarantine version of the Haunted Mansion in his own home. It’s almost impossible to tell apart from the real deal at times, that’s how excellent a job he did here. During quarantine, he also made this spectacular cake based on Sleeping Beauty, and it is a true work of art.

In addition, a few years back, Hardy recreated the entire “ This Is Halloween” opening number from Tim Burton’s The Nightmare Before Christmas for the New York City Halloween Parade in Greenwich Village. And just like with his later endeavors, the attention to even the smallest detail is never overlooked. Our Mouse Eared hats are off to you, Mr. Hardy. 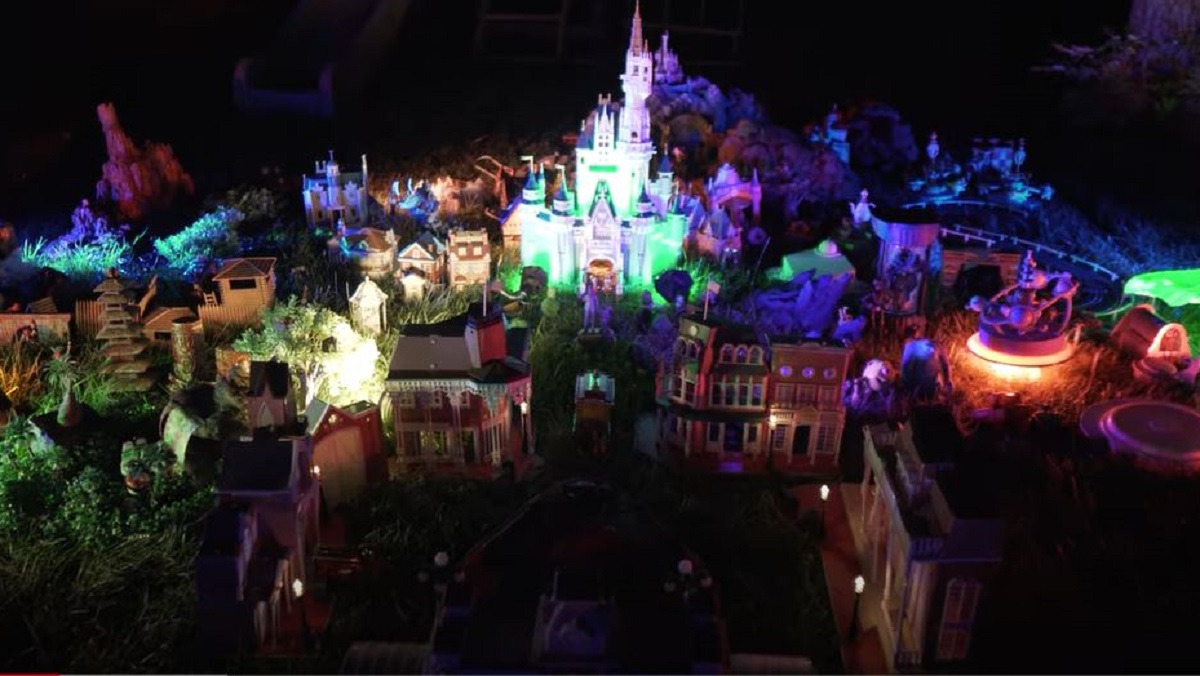 For more of Hardy’s amazing videos, be sure to head on over to his website, as well as his YouTube channel and his I nstagram account.