Quarantine creativity is real and keeps resulting in the most insane creations. This time it’s a real life version of the birthday cake from the Disney animated classic, Sleeping Beauty. Don’t worry though. As far as we know this version doesn’t have whole eggs, shells and all, like Fauna’s creation. She was just trying to make Aurora’s birthday special! But Brandon Hardy has her beat with his gorgeous version of the iconic cake.

How does one do this without pixie dust?

When Brandon Hardy, a New York City based artist, was figuring out how to make his sister’s birthday special while staying at home, he landed on a pretty ambitious idea: baking this cake from Sleeping Beauty. He posted the final product to Instagram and it looks amazing!  “So yesterday was @brittanysofty’s birthday and I knew she’s always loved the Cake the Fairies make in Sleeping Beauty, so I did some engineering and finally figured out how to make it for her. I had to make the broom by hand using things lying around the house because I couldn’t find one the right size or style ? I ran into more issues than I care to admit and it didn’t turn out exactly as I’d planned, but in the end it worked and it’s still standing! Although it’s now missing a few slices.”

Excuse me, he also made the broom?!

Brittany Hardy posted her own picture with the now famous cake saying, “26 isn’t exactly starting as I had anticipated, but it did result in me receiving the Sleeping Beauty cake of my dreams.” What a sweet brother you have, Brittany! 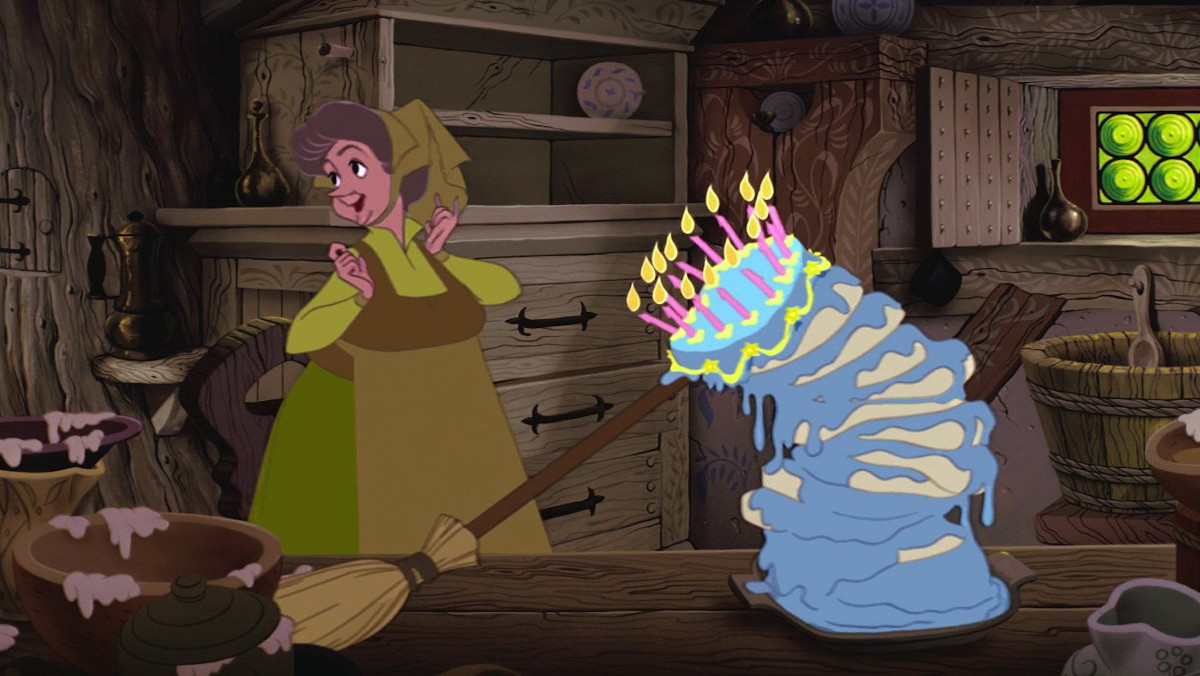 Sleeping Beauty seems to be inspiring all sorts of things lately. Besides birthday cakes, the movie is also helping with proposals. Earlier this year, filmmaker Lee Loechler proposed to his fiancée using an intricately altered version of the animated classic film, Sleeping Beauty. So romantic.

Do you feel inspired to make your own version of Aurora’s birthday cake? Well, maybe you could start on a slightly smaller scale. The above tutorial from Oh My Disney will help you create a teeny, tiny version of that same cake. Besides being super adorable, we have a feeling it might be easier to make than the version Hardy put together.