Star Wars: Galaxy’s Edge is now officially ready to receive visitors at the Disneyland Resort, and fans from all over the world will soon be descending on the distant space port planet Batuu. Just from the glimpses we’ve seen already, we know that Black Spire Outpost is everything that aficionados of the galaxy far, far away could have ever dreamed of. As George Lucas himself said at the land’s opening ceremonies, Galaxy’s Edge is like “Star Tours on steroids.” 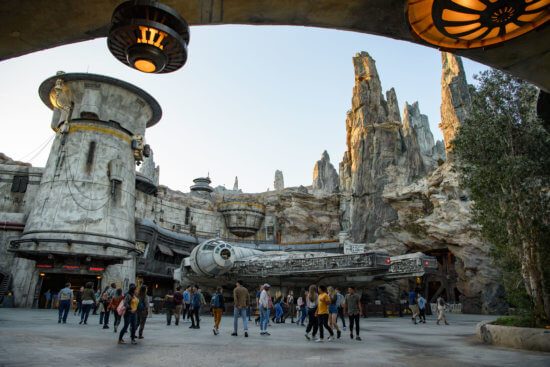 We now know that Galaxy’s Edge has a slew of hidden gems and Easter eggs for fans of the entire Star Wars saga. And although the time period the land is set in is roughly between The Last Jedi and The Rise of Skywalker, there are many nods to all four decades of the franchise.

From the original trilogy, the dianoga creature from the Death Star trash compactor in A New Hope can be found in a tank above a Black Spire Outpost drinking fountain. A taxidermic wampa Hoth from Empire resides inside of Dok-Ondar’s Den of Antiquities. And the former smelter droid turning the spit of meats is similar to a droid in Jabba the Hutt’s palace in Return of the Jedi. 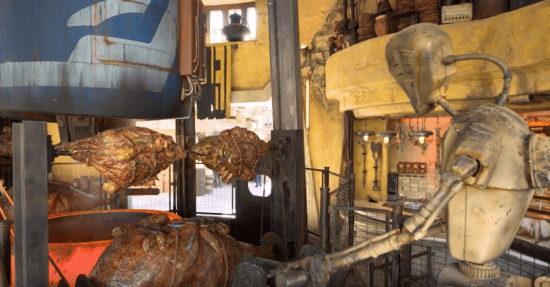 The prequels get some love too, as a podracing engine in the Ronto Roasters market stall is a direct reference to Anakin Skywaker’s favorite sport in The Phantom Menace. And a mural on the wall of Dok-Ondar’s Den of Antiquities depicts an ancient battle between good and evil. The original bas-relief of this mural was shown in Chancellor Palpatine’s office in Revenge of the Sith. 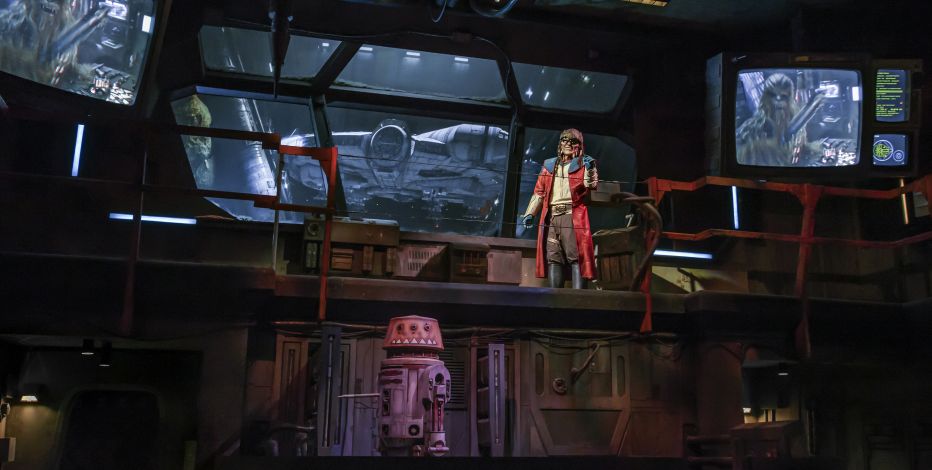 It’s not just the films that get shout-outs either, as both Clone Wars and Rebels have a presence in Galaxy’s Edge too. The biggest of these being pirate Hondo Ohnaka, who gives guests their mission in Millennium Falcon: Smugglers Run. Savi’s Workshop, where fans can create and purchase their own lightsabers, is based on an episode of Clone Wars featuring Jedi younglings creating their first weapons.

There are other incredible details in the land, such as authentic droid tracks across the pavement. Disney Imagineers took rubbings from the feet of the Artoo used in A New Hope and then turned those into a set of three-dimensional wheels. Speaking of the original classic film, while developing props and other décor for the land, the Imagineers tried whenever possible to use pre-1980 materials to best capture the look and feel of the props used in A New Hope. Everything has the feel of the art of the late Ralph McQuarrie. In fact, Imagineers visited George Lucas’ private archives in California to study McQuarrie’s original concept artwork

There are no doubt several more hidden treasures Disney has yet to reveal, and which fans themselves can discover when Star Wars: Galaxy’s Edge opens May 31, 2019, at Disneyland Park in California and Aug. 29, 2019, at Disney’s Hollywood Studios in Florida.