Skeletor Rules in MASTERS OF THE UNIVERSE: REVELATION Part 2 Trailer

Kevin Smith’s Master of the Universe: Revelation’s first season hit last summer on Netflix, and fan were reunited with all their old favorites. Only this time, with an all-star voice cast, including Mark Hamill as Skeletor. And the first episode made the jaws of fans everywhere drop to the floor, like the jawbridge of Castle Grayskull. And then, the fifth episode somehow was even more shocking.

SPOILERS going forward, for those who still haven’t seen it, but Revelation starts with both He-Man and Skeletor dying. And then ends with both eternal enemies coming back….and He-Man possibly dying again? Say what??? Well, we’ve got a new trailer for the back half of season one, and it proves that things only get wilder in an Eternia ruled by a Skelegod. You can watch the new Masters of the Universe: Revelation trailer right here:

Revelation celebrates the entire Masters of the Universe franchise in style. Although it is ostensibly a continuation of the original 1980s cartoon, it also takes inspiration from the 2002 Cartoon Network reboot series. And there are a ton of Easter eggs that reference the toy line, and other MOTU media which only hardcore fans might remember. Even a line or two referencing the 1987 live-action film. It truly is a celebration of all things classic He-Man. 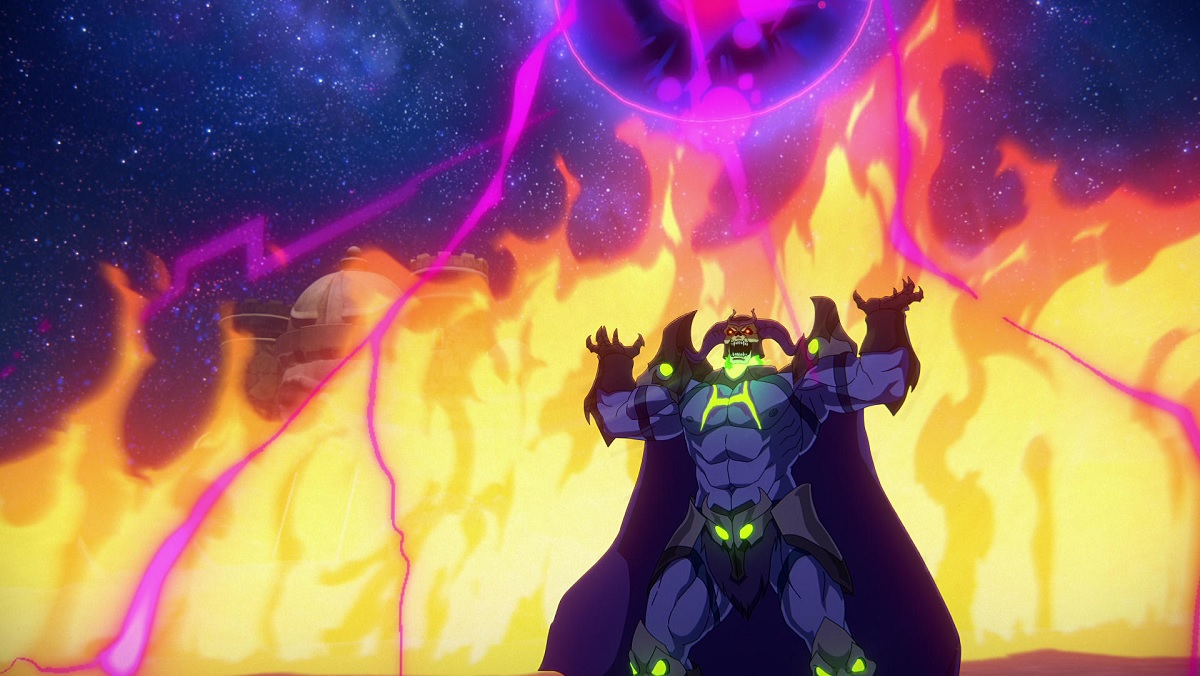 This is a great time to be a MOTU fan. Not only is there the Revelation continuation series, but Netflix also has a CGI animated reboot aimed at kids. And this one has the classic title He-Man and the Masters of the Universe. And of course, She-Ra and the Princesses of Power was based on the MOTU franchise as well. Hopefully, we get a second season of Revelation, because there is still so much more to explore in the realm of Eternia. By the power of Greyskull!