Anyone who grew up with the He-Man cartoon and toy line got all the nostalgic feels recently. All upon seeing the new trailer for Masters of the Universe: Revelation. The upcoming Kevin Smith animated series picks up right where that classic show left off. Yet it updates the action and visuals for the 21st century. One of the clever things the new trailer did was set the action to Bonnie Tyler’s 1984 hit “Holding Out for a Hero.” That just doubled down on the ’80s nostalgia of it all.

To hit even more of your nostalgic feels, YouTuber Darth Blender created their own version of the trailer. It uses footage from the cheese-fest live-action Masters of the Universe movie from 1987 along with the audio from the new animated show. Seeing Dolph Lundgren wield the Power Sword and fight Skeletor to the sounds of Bonnie Tyler just feels right. You can watch the full trailer right here.

The recut trailer makes the 1987 Masters of the Universe movie look a lot more epic than it actually was. For those of you who haven’t had the pleasure of seeing this gem of a film, most of the action does not take place in the exotic world of Eternia. Producers Cannon Film Group, known for low-budget affairs, kept all the Eternia action on one location: Castle Grayskull. The rest of it took place on Earth. More specifically, downtown Whitter, California. A totally deserted town, mainly due to the production not being to afford any extras. 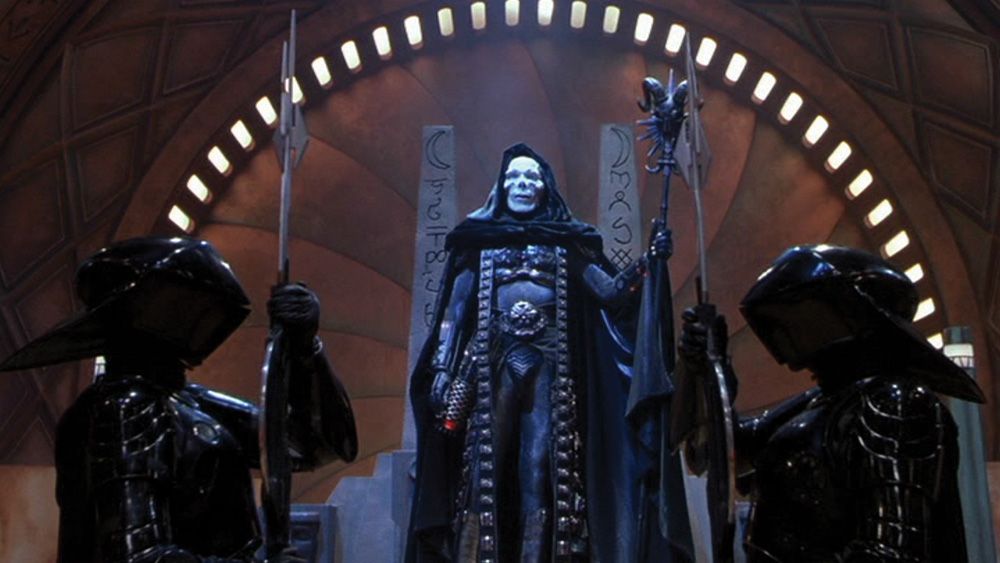 Still, Masters of the Universe has its cheesy charms. Frank Langella chews all the scenery as Skeletor. And he truly gave a performance worthy of a much better movie. And the two “All-American teenager” leads were none other than a pre-Friends Courteney Cox and a pre-Star Trek: Voyager Robert Duncan McNeill. The ’87 film has its own cult following today. And who knows? Maybe the upcoming Netflix series pays homage to it too in some way.