A Capella Version of Classic HE-MAN Viral Meme Is Priceless

Let’s all get in the Wayback Machine. Let it take us back to the year 2005. The internet wasn’t new, but YouTube and social media were only recently introduced to us. And into this era, came one of the earliest viral clips. Created by slackcircus, the musical video of Prince Adam (a.k.a. He-Man, for you younger folk) singing wildly off-key to the 1993 4 Non Blondes hit “What’s Up?” became an early internet sensation.

Originally called “Fabulous Secret Powers,” not too long after it turned into a meme by which it became more widely known — “HEHEYYEYAAEYAAAEYAEYAA” / “He-Man Sings.” 16 years later, this meme has become legend. And legend has become myth. And now, via Geeks Are Sexy, we’ve learned that the myth has become this hilarious a capella version from YouTuber Felix SR. You can watch him do his best Prince Adam imitation (complete with yellow fabric recreating Adam’s Prince Valiant hairdo) right here:

Young Felix SR looks barely old enough to have been alive when the HEHEYYEYAAEYAAAEYAEYAA meme first became a thing. And he certainly wasn’t around when He-Man and the Masters of the Universe were on the air. So we’re guessing that he’s a bit of a pop culture historian, which we totally respect. If you check out his YouTube channel, you’ll see a ton of love for PaRappa the Rapper, which should make all you ’90s kids out there very happy. 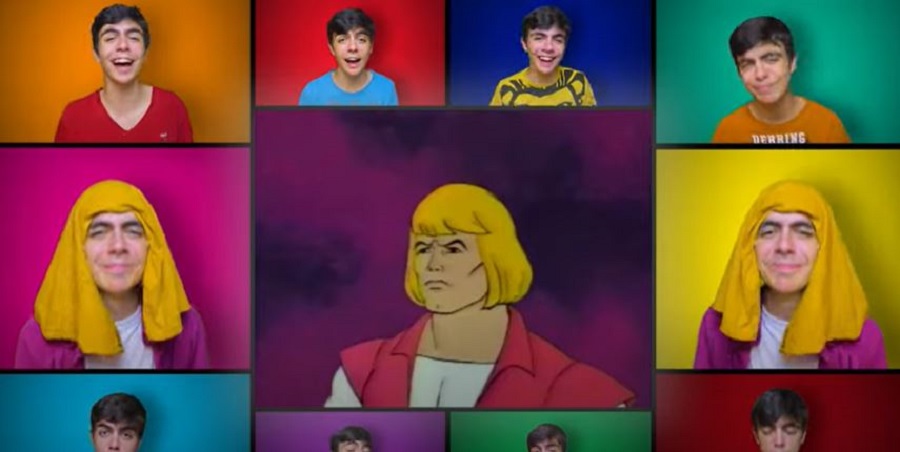 This a capella video is of course not the first time someone has parodied HEHEYYEYAAEYAAAEYAEYAA. You might remember this really weird version from 2014, which featured guest stars like Skeletor and the Power Rangers. Then there was that Spider-Man version, and a Batman version. And this version from Bumzigana, which is sort of beyond description. The list goes on. All these years later, and Prince Adam warbling to Four Non Blondes is just the gift that keeps on giving.

TAGGED: What's Up, A Capella, He-Man, Masters of the Universe, internet memes