Before the original He-Man and the Masters of the Universe cartoon show debuted back in 1983, there were the infamous toys. The Mattel action figures came first, a full year before He-Man ever yelled “I have the power!” on weekday afternoon TV. They are the genesis of the whole MOTU phenomenon. And with the arrival of the sequel series this past summer on Netflix, MOTU: Revelation, there also came a whole new line of action figures.

Now, via Geeks are Sexy, we’ve discovered that the official Masters of the Universe Twitter account has created a one minute stop-motion short featuring several of the new figures from the first wave. You can watch it right here.

Everyone needs a Moss Man in their corner.
Masters of the Universe: Revelation is now streaming on @netflix! #ThePowerReturns pic.twitter.com/Kfckxi31NQ

— Masters of the Universe (@MastersOfficial) September 4, 2021

The short features a pitched battle between He-Man and his arch-nemesis Skeletor in the forests of Eternia. Prince Adam’s muscular alter ego rides his trusty Battlecat, while the Lord of Snake Mountain puts up his best fight with his Havoc Staff. Evil-Lyn lends a hand to her bony boss with her magic scepter. But the best part of this video? It has to be Moss Man. He-Man’s half-human/half-plant ally gets all the good action in, as his limbs extend and kick some bad guy butt. 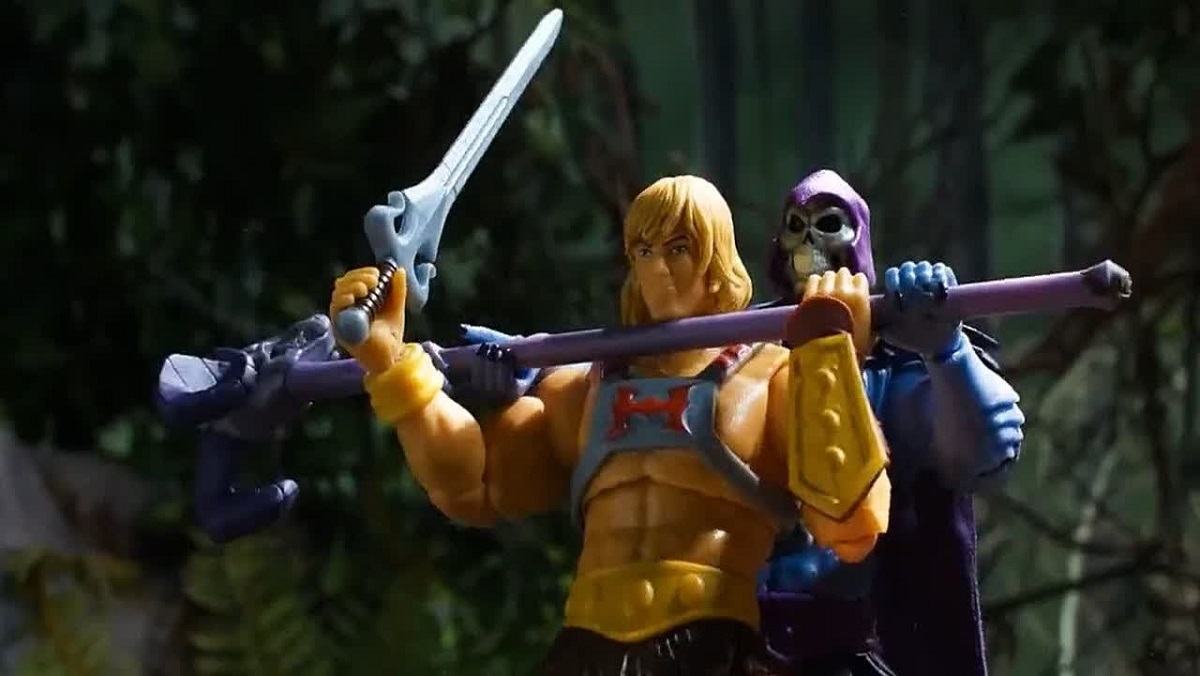 The motion smoothing on this stop motion short is pretty next level. Especially for something that is essentially just a promo for the new toy line. Hopefully, when wave two arrives (presumably with the second half of the first season on Netflix), we will have another stop-motion short continuing the story. Teela and Man-at-Arms need to get in on this action too.

Of course, there’s a whole other He-Man cartoon and toy line on the way too. The new He-Man and the Masters of the Universe CGI series is also coming to Netflix soon. We imagine the toys for that series will warrant a stop-motion short of its own as well. We just hope that Orko gets a moment in the sun in at least one of them! Show that little Trollan wizard some respect.