Noelle Stevenson on the Legacy of SHE-RA

It’s hard to believe that She-Ra and the Princesses of Power have been on our screens for less than two years. Over the course of 52 episodes, Adora and her ragtag group of friends have fought evil, saved the universe, and even fallen in love. To celebrate the gorgeous final season of the series which recently dropped on Netflix, I chatted with the series creator and showrunner Noelle Stevenson about inclusion, authentic queer representation, happy endings, and of course that special moment.

Nerdist: Now that the final episodes have been released, how does it feel to look back on your journey of creating and showrunning She-Ra?

Noelle Stevenson: I’m having just a mess of feelings right now. I’ve been anticipating this for years. And it’s a secret that I had to keep really close to the chest. So just to have it out and have it be something that people can just go and watch, I’m feeling really, really happy and feeling very grateful and lucky. It’s amazing, honestly, it’s huge. 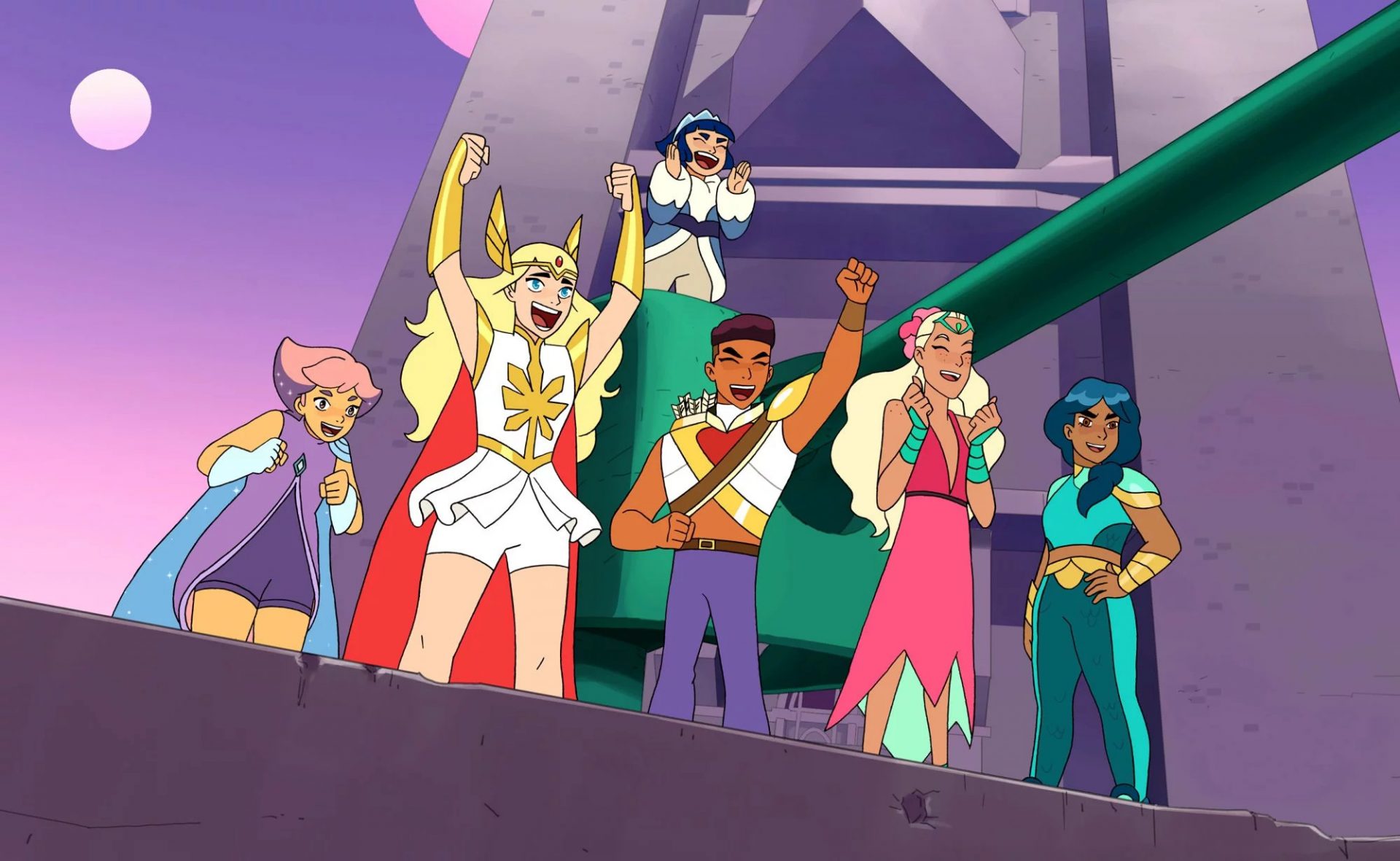 One of the most profoundly radical things about the show is how much it centers and lifts up things that animation fans have barely seen in kids shows. How did you go about building inclusivity into the show?

I really wanted to represent points of view that we didn’t always get to see in media because I think that kids really need to see those narratives. If you only see one narrative and you experienced something different then you start to think, “Oh maybe I’m the weird one? Maybe I’m the odd one out?” You don’t learn to process those feelings. Or if you’re ashamed of the experiences that you’re having because you’re not seeing them reflected anywhere, how can you possibly know how to deal with them or how to grow with them?

I really wanted to touch on these stories that I don’t think we always get to see and explore them while trying to be honest and as real as possible so people would see themselves reflected for the first time.

Something that really stands out this season is the balance of breakneck action with introspective and thoughtful character work. Could you speak a little to crafting that balance?

This is a really high action season, but in the end I think it’s more character focused than ever. It really is about coming together against this epic threat instead of necessarily having to deal with all the interpersonal internal issues they’ve been struggling with. The characters’ stories are what defines the arc of the season, so we really wanted to delve into our characters as deeply as possible. To encourage the connections between them and explore those. To take characters who maybe hadn’t been in the spotlight very much [and] to try and boost their profile a little bit.

The Horde stuff, the battles, the war for the universe, all of that is a huge instigating factor for all of them. But I still really think at the end of the day it’s all about these characters, their relationships, and the love that they have for each other. 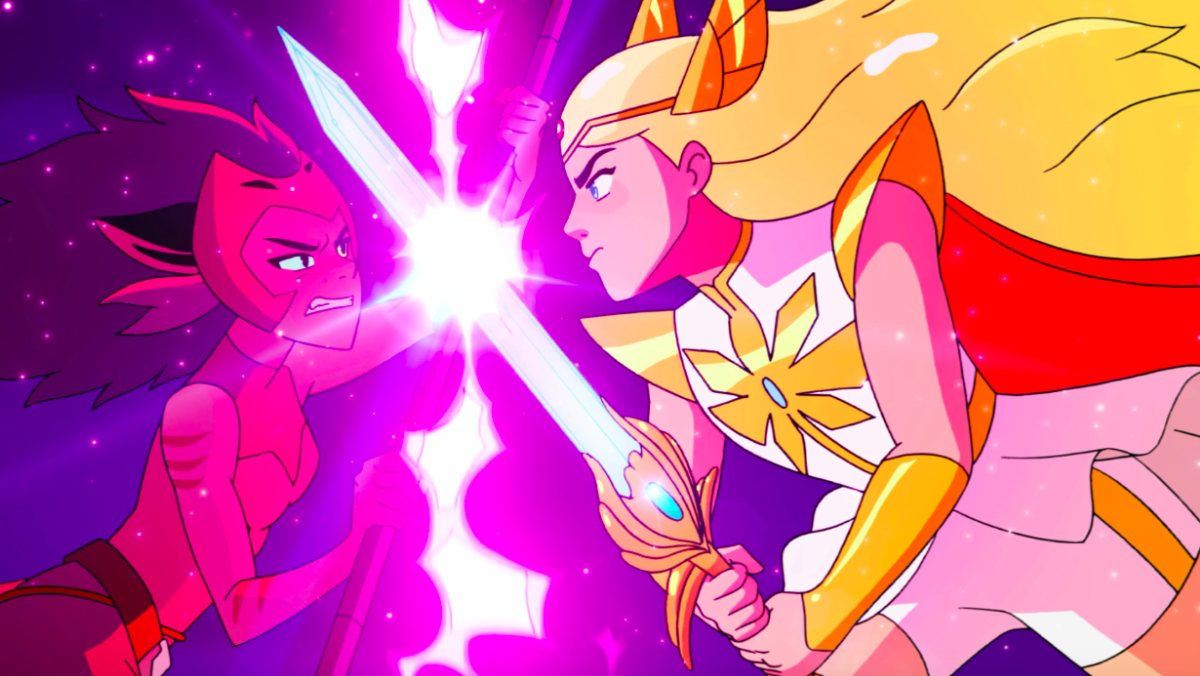 What’s it like to try and craft authentic queer representation within a big studio system?

It’s different from studio to studio, show to show. Every show and every piece of media that manages to take a step in a positive direction when it comes to queer representation, they pave the road a little bit more for everyone who comes after them. So I think that it’s something where you’re always feeling it out. And it’s something that can even change from day to day depending on what’s going on, depending on how scared people are feeling.

You really have to just approach it without any fear. And I think to sell it to the people who need to sign off on it, you have to convince them to not be afraid as well. And again, that looks different depending on where you are, it looks different depending on who you’re working with, who the rights holders are. So I felt very, very lucky to have the partners that I did have and that they supported me to do the story the way that I wanted to do it.

A lot of times we hold ourselves back or we limit how far we think we can go because we’re scared. And we’re scared that we’re pushing too far too soon. But really, you never know what’s possible until you just really go for it. And the more people who go for it, the easier it is for the next person to go for it. It’s a journey that we’re all taking, and I’m honored to be a part of that.

As queer people we’re used to seeing our representation steeped in tragedy, but She-Ra upends that. From how early on did you know that Adora and Catra were going to share that kiss and have that happy ending?

Adora and Catra was something that I was really excited about almost from the very conception of the show. But it’s a little bit of a hard sell to be like, “Oh you know She-Ra Princess of Power, the iconic character that everyone knows? Well, I want to give her a romance, but you know with another iconic legacy character.” It’s hard to come in the door with that. So it was something where I didn’t know how overt we would be able to be. And if we weren’t able to make it canonical I didn’t want to set people up for what would feel like betrayal if we couldn’t end up really driving it home, so it was like a dance.

I kept it really close to the chest. I just waited for the right moment and just tried to lay the groundwork as much as possible. It was something we were building through all the seasons. Again, not really sure if we were going to be able to have that ending. But then honestly, once we started getting reactions—this was even before season one came out. I remember the very first images that were put out as promotional images was just a picture of Catra and Adora sitting next to each other. They’re not even looking at each other, not touching, just sitting side by side. And immediately people started picking up on the fact that they have this rich and compelling relationship. So that was where it started to be like, “Oh okay, we have a leg to stand on. We’re getting positive press for this, let’s start figuring out how to make that ending happen.”

Once we had laid the groundwork and I felt confident in what I was doing, I called the people I needed approval from and just laid it out. It’s what both characters need and where they need to end up. For me it was very character focused, it was very central, it’s kind of the climactic moment of the show. I had to pitch it multiple times to different groups but at the end of the day, they all signed off and it was a huge moment for me. I got that call and I was at lunch with the crew and I burst into tears because it was something I hadn’t let myself hope for. I almost didn’t believe that it would happen until it happened and it’s a big feeling. 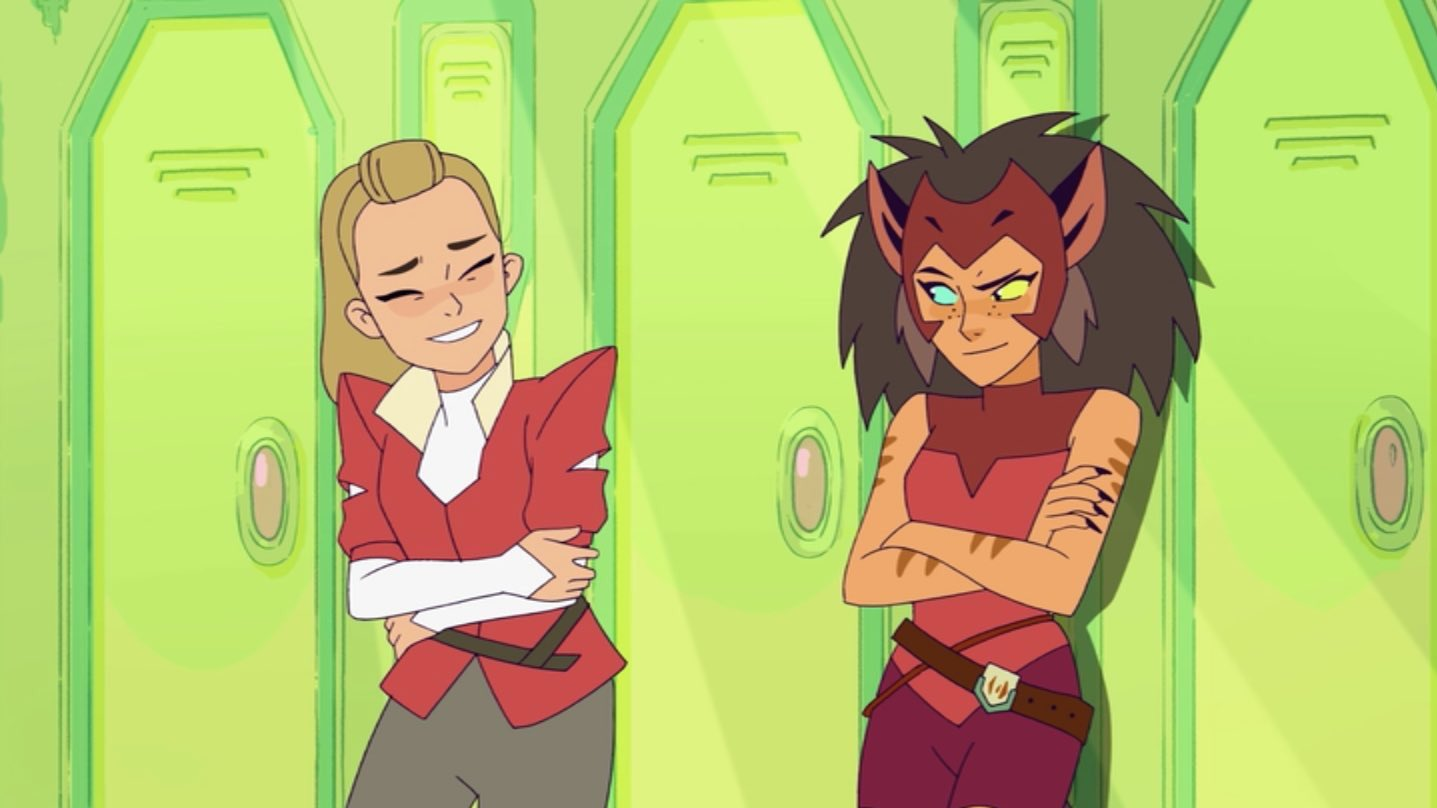 What do you want the legacy of She-Ra and the Princesses of Power to be?

I want this to be a show that inspires people. To inspire people to create more queer relationships and characters who are textually queer whose lives affect the plot, and having as wide variety of those as possible. I want more of that in our media landscape and genres as possible. So I hope that this does move that conversation forward a little bit.

I hope it inspires people in their own lives. You know, coming to terms with their sexuality, or just a bit of hope in the dark right now if they feel like they can’t be strong or even loved. This series is a gift from my heart. It’s been so powerful for me and I just hope that it stays with people and they look back on it for years to come and continue to be inspired by that.

You can watch She-Ra and the Princesses of Power on Netflix now!