After months of catching glimpses of Jeremy Renner and Hailee Steinfeld galavanting around Manhattan with their quiver and bows, we finally have our first real look at  Hawkeye. And all we have to say is whew, Kate Bishop has officially arrived in the MCU in this Hawkeye trailer.

The upcoming Disney+ series takes place post-Avengers: Endgame, and may just be an important stepping stone to seeing the Young Avengers finally debut on-screen. The trailer sees Clint, reunited with his family at Christmas, but still haunted by his deadly turn as Ronin during the Blip. But this time someone else is rocking that Ronin look—one Kate Bishop. The Manhattanite teen and Clint team up to take down some deadly foes in time for Christmas so Clint can spend the holiday with his newly-returned family. 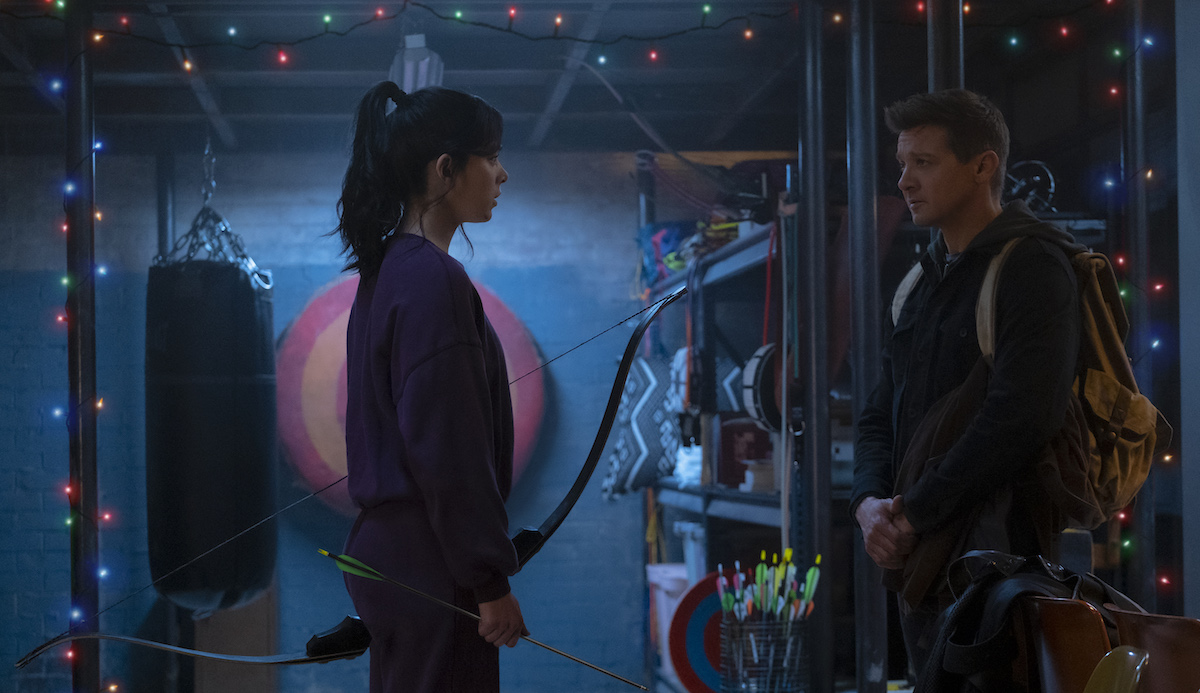 But most importantly, the Hawkeye trailer teases an Avengers/Captain America musical. And I don’t think I’ve ever wanted to see anything more. Hopefully, this fictional feature will find its way into our world.  Just one question: does Spider-Man: Turn Off the Dark exist in the MCU?

From the Marvel Studios’ synopsis:

Former Avenger Clint Barton has a seemingly simple mission: get back to his family for Christmas. Possible? Maybe with the help of Kate Bishop, a 22-year-old archer with dreams of becoming a Super Hero. The two are forced to work together when a presence from Barton’s past threatens to derail far more than the festive spirit. 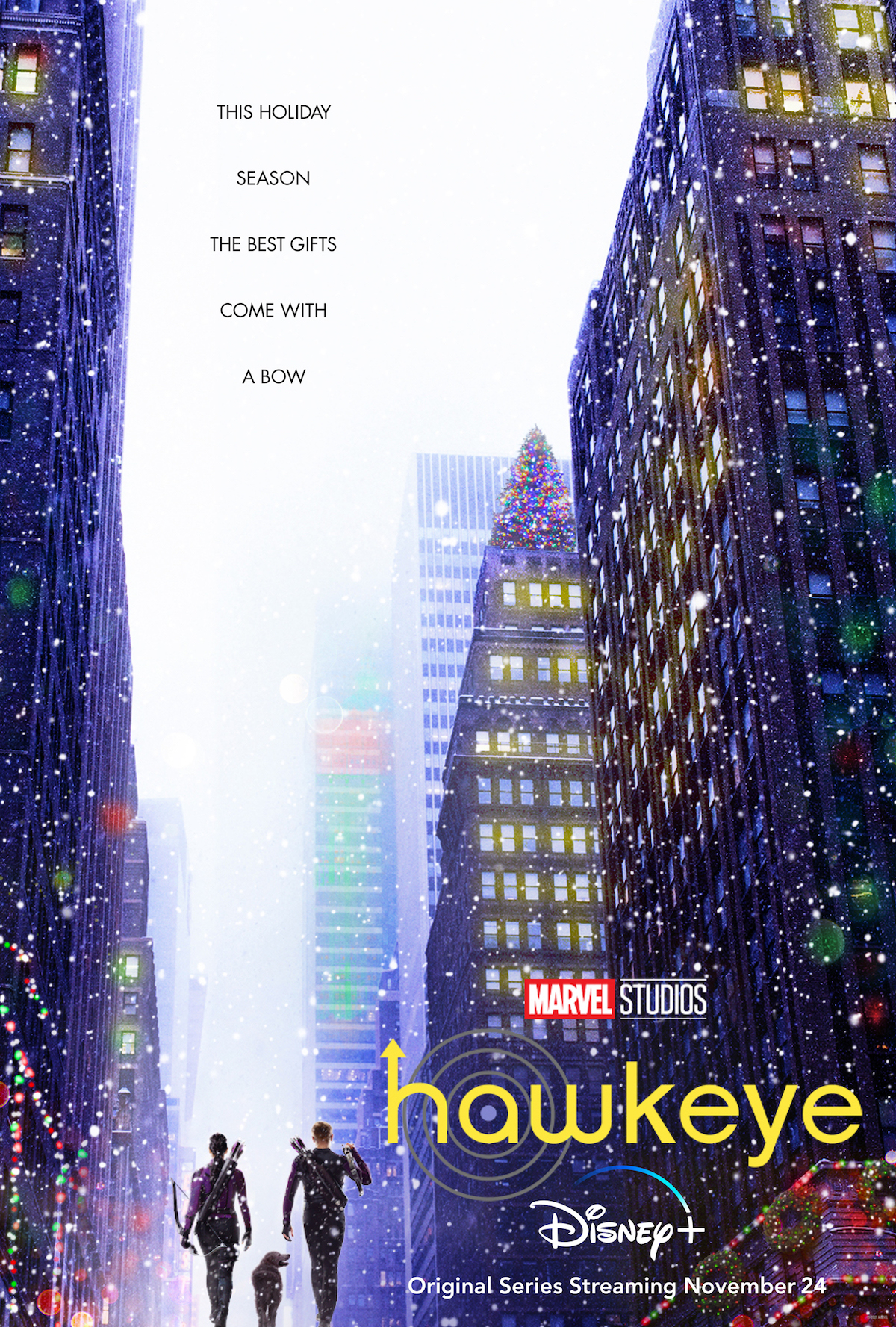 Plus Florence Pugh will reprise her role from Black Widow. And based on the long-awaited film’s mid-credit scene, it’s safe to assume Yelena Belova is no ally to Clint and Kate. We last saw Yelena, post-blip, at Natasha’s grave. The very shifty Valentina Allegra de Fontaine arrives and gives her an assignment, targeting the man who killed Nat—Clint Barton. A classic misunderstanding that’s about to turn very deadly. Yelena isn’t in the Hawkeye trailer, but she’s sure to come into play. Will Kate intervene, or simply get caught in the crosshairs? We’ll find out soon enough.

Hawkeye debuts the first two episodes on November 24 on Disney+.