Marvel Studios’ Black Widow is, if you ask us, one of the best standalone movies in the MCU. It’s way overdue for Natasha Romanov to have her very own solo adventure, and it took until after *ahem* the events of  Avengers: Endgame for it to happen. Ah well. But, as you know, this movie is a prequel of sorts; it’s an adventure in between Captain America: Civil War and Avengers: Infinity War. And while that makes it even more standalone than most standalone Marvel movies, we do have a bit of a tease for future things in the post-credits scene.

Last chance to leave. If you haven’t seen Black Widow and don’t want to be spoiled, turn back now.

While the end of the film and the “two weeks later” title card in the final scene sets up Natasha’s desire to bring her Avengers family back together, we well know that doesn’t end very well for her. The post-credits scene takes place after the events of Endgame with Yelena Bulova (Florence Pugh) visiting her surrogate sister’s grave in the midwest. But she’s not alone. In fact, someone followed her. It’s none other than Valentina Allegra de Fontaine (Julia Louis-Dreyfus) whom fans first saw in The Falcon and the Winter Soldier.

From their brief exchange (complete with Val’s trademark snark), we learn that Yelena has been working for the clandestine government coordinator, perhaps for a while. They trade quips about Yelena wanting a raise, but the thrust of the meeting soon comes into focus. Val has a new mission for the former unwilling Red Room assassin. Would she like to take out the person responsible for Natasha’s death? She then hands Yelena a dossier with a picture of Clint Barton in it. *Dun dun DUNNNN*

You might be saying to yourself, “Clint didn’t kill Natasha. In fact, he specifically wanted her not to die.” And you’d be right about that. Natasha chose to sacrifice herself. But you might further ask, “wasn’t that on a completely different planet? How would Val even know what happened?” This is also a very good question. 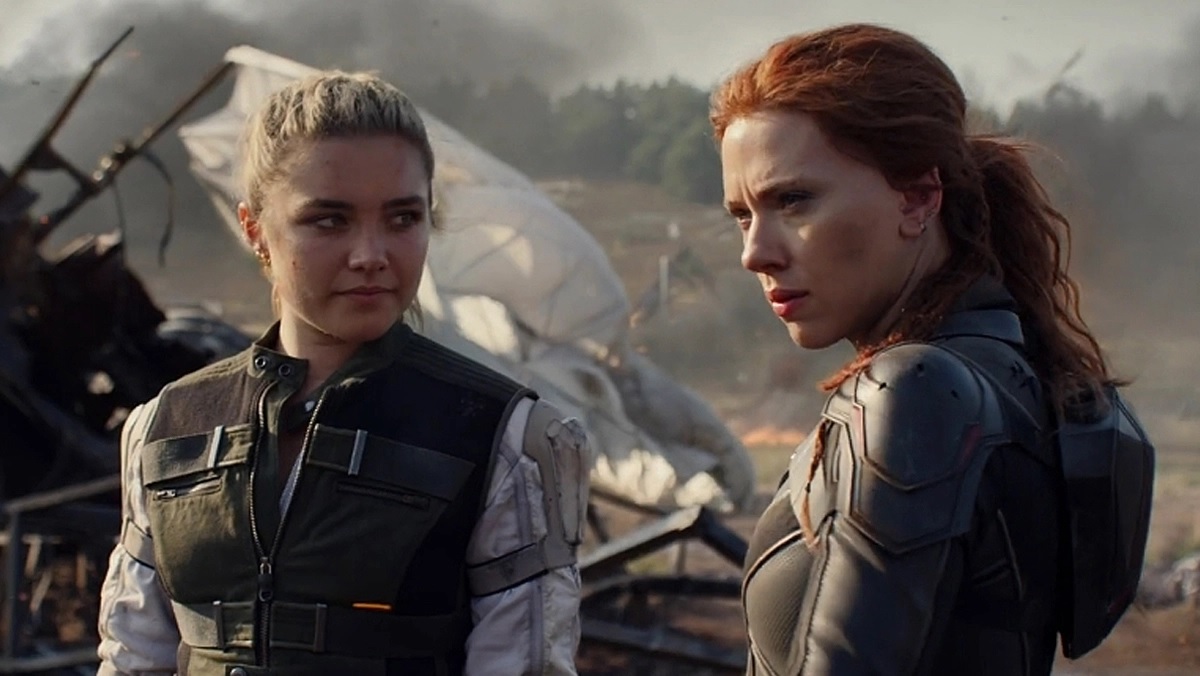 The answer, most likely, is that this is just Valentina’s way to get Yelena to take out Barton. Why? Well, to set up the  Hawkeye Disney+ series, obviously. But narratively, it’s entirely possible our old pal Hawkeye still has some red in his ledger from all those people he murdered while in his Ronin guise. Maybe some of those people were assets Valentina would much rather still have. Poor Yelena just keeps getting manipulated, but we hope she’s savvy enough to quickly figure out there’s something fishy.

At any rate, just so long as John Walker doesn’t show up, we’re fine with whatever else Valentina has in store for Old Man Hawkeye. The Hawkeye series will supposedly come out sometime later this year.