Futurism picked up on news of the newfound riverbeds, which are described in a paper recently published in the journal, Nature Communications. The authors of the paper, including Dr. Francesco Salese and Dr. William McMahon at the University of Utrecht et al., were sourced from multiple countries across the globe. The group used the HiRISE telescope to make their discovery.

“The study demonstrates sustained river deposition on Mars 3.7 billion years ago,” Salese told Utrecht University news. He added that “Such perennially flowing rivers would require an environment capable of maintaining large volumes of water for extensive time-periods, and almost certainly necessitated a precipitation-driven hydrological cycle.” River deposition is the process by which rivers leave behind—or deposit—materials they’re carrying as they lose energy.

The part of Izola mensa where evidence of ancient riverbeds was found. Salese et al.

The discovery was made by pointing HiRISE at a sedimentary succession in the Izola mesna region of Hellas, which itself is an impact basin in Mars’ southern hemisphere. (Hellas was formed approximately 4.1 to 3.8 billion years ago, when a protoplanet or a large asteroid hit Mars.) A sedimentary succession is made up of sedimentary rock that’s been stratified, and can therefore give insight into its geological past.

“[T]he extremely high resolution imagery [taken by HiRISE] allowed us to ‘read’ the rocks…” Salese told Utrecht University news. Salese noted that “the striking similarities” of the Martian sedimentary rock record to that of Earth’s “left little to the imagination” in regards to what caused it. 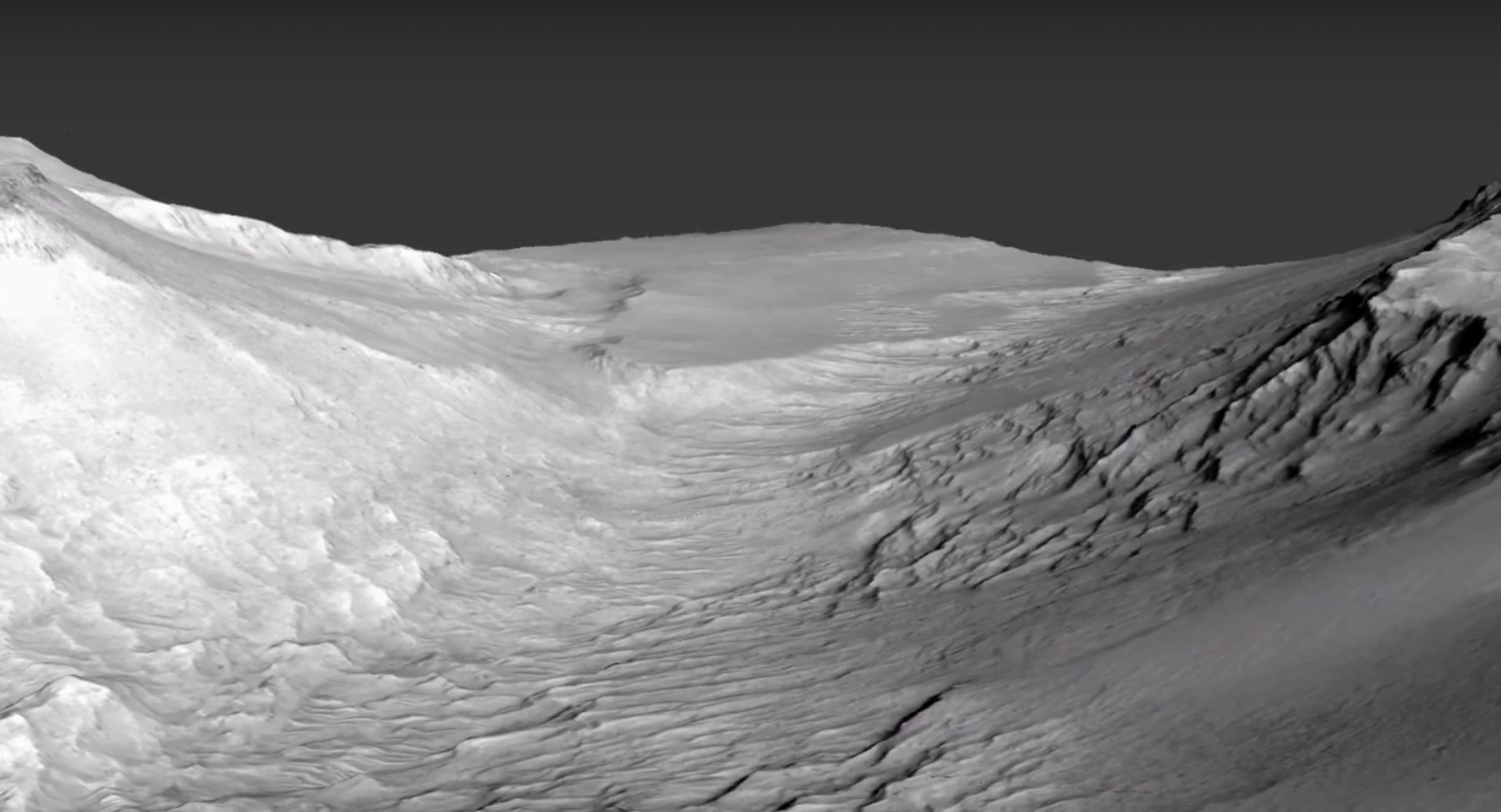 A 3D render of one of the ancient, dried-up riverbeds on Mars. UUGeosciences

The fact that these ancient, Martian riverbeds have such similar sedimentary succession patterns to long-standing ones on Earth also means that they likely flowed year-round. “This kind of evidence, of a long-lived watery landscape,” Salese says, “is crucial in our search for ancient life on the planet.”