We’re only one episode in and Loki is already throwing X-Men Easter eggs at us. Disney’s new surprisingly philosophical sci-fi series centers around the God of Mischief working for the Time Variance Authority. The mysterious organization is dedicated to protecting the so-called Sacred Timeline. And that’s where the good old Men of X come in. In the comics, there’s only one “Sacred Timeline” and it’s directly connected to one of the mutants’ biggest villains.

Where Does the Sacred Timeline Come From? 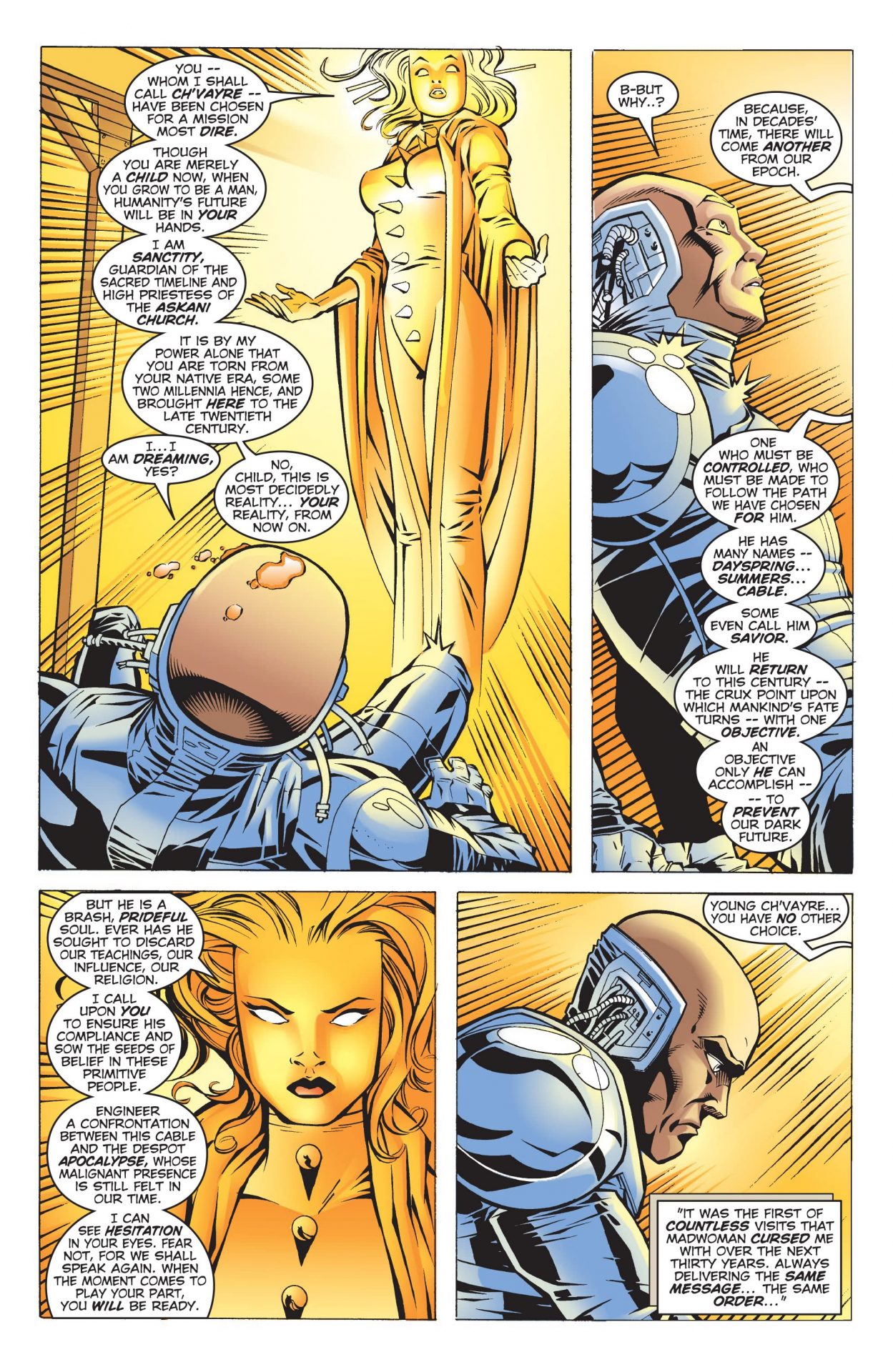 Dr. Bolivar Trask is the creator of the mutant killing robots known as the Sentinels. While Bolivar personally has nothing to do with the Sacred Timeline, his daughter Tanya does. First introduced in the 1996 comic Askani’son #1 as Madame Sanctity, Tanya is a mutant. Her true identity, however, isn’t revealed until Uncanny X-Men #-1, when her connection to the creator of the Sentinels is made clear. Sanctity eventually describes herself as the “guardian of the sacred timeline and high priestess of the Askani church” in Cable #52 from 1998. But what does that mean? And why would Loki be taking a phrase from this forgotten X-Men frenemy?

In her role as the so-called Guardian of the Sacred Timeline, Tanya is connected to one of the most famous mutant families of all time. How? Through the futuristic religious clan known as the Askani. The sect was started by Rachel Summers—the alt-timeline child of Scott Summers and Jean Grey—in the 37th Century. The Askani aimed to protect “the sacred timeline” through what they called “careful time travel” which sounds very familiar…

How Does This Tie the X-Men to Loki? 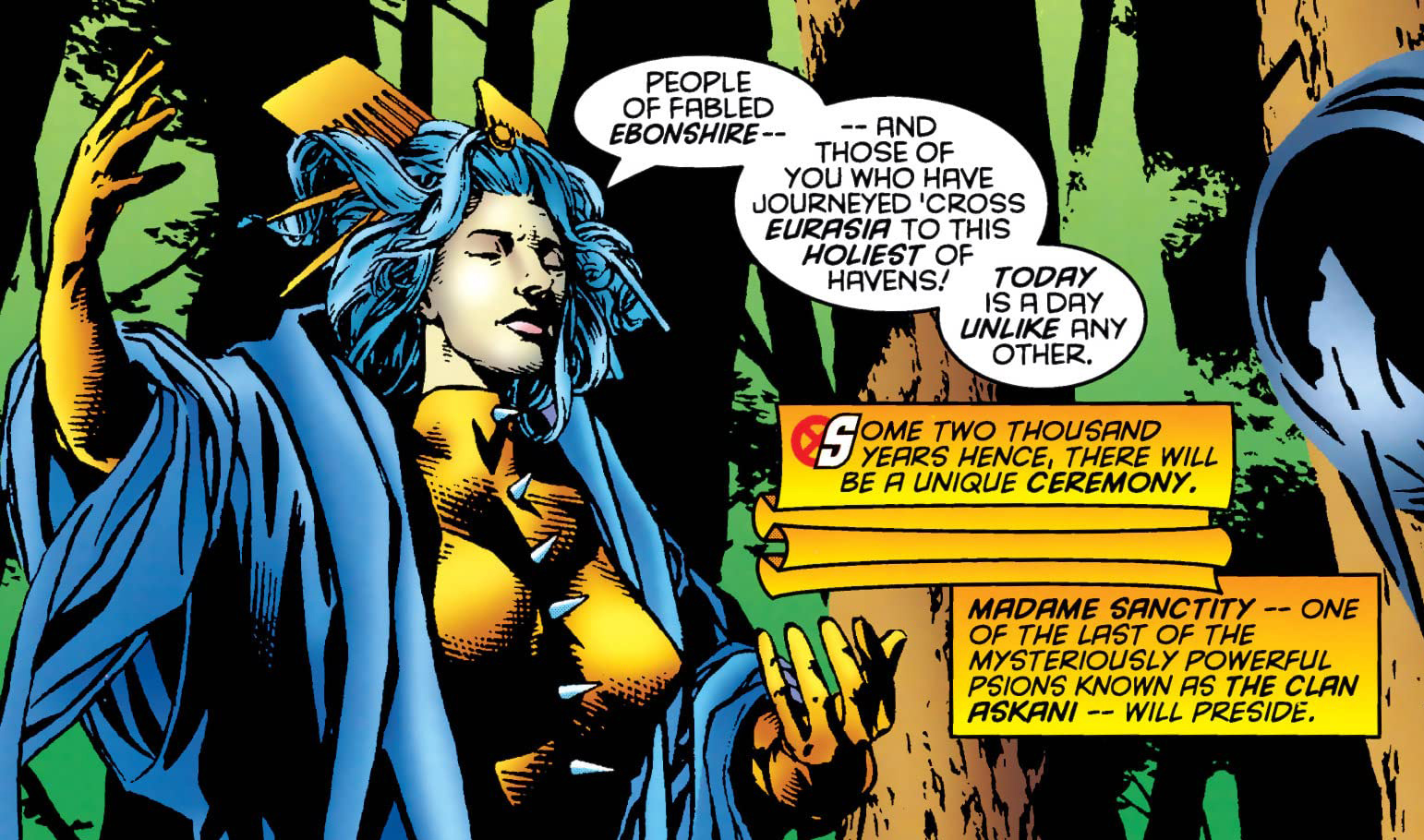 While Loki is focused on the mid-’80s creation known as the TVA, they’re at least taking in name the concept of the timeline that was used in the convoluted X-Men continuity. The most interesting thing about Tanya’s story is it seems to reflect some of the themes and character journeys that we’re seeing in the first episode of Loki. Just like the TVA, the Askani believe in not interfering with the timeline. And just like Loki, Tanya has little interest in following that directive. In fact, she attempts to go back in time to stop her father in the aforementioned Uncanny X-Men #-1. (Yes, we really do mean #-1, it was a line-wide flashback event in the summer of 1997.)

There’s one other connection here that must be mentioned, as the Askani have a notable disciple in the Askani’son himself, Nathaniel Summers a.k.a. Cable a.k.a. Nathan Dayspring. The time-hopping mutant progeny of Cyclops and his clone-wife Madelyne Pryor was born in the standard timeline of the X-Men. But the character was flung far into the future and indoctrinated into the Askani church, only to return to the present and constantly meddle with the flow of time. This has put Cable in conflict with the TVA on a few occasions in the comics, with his buddy Deadpool in on the shenanigans as well. Although that mutant duo is unlikely to appear in this Disney+ show, you never know if a little fanservice might pop up.

What Does it All Mean? 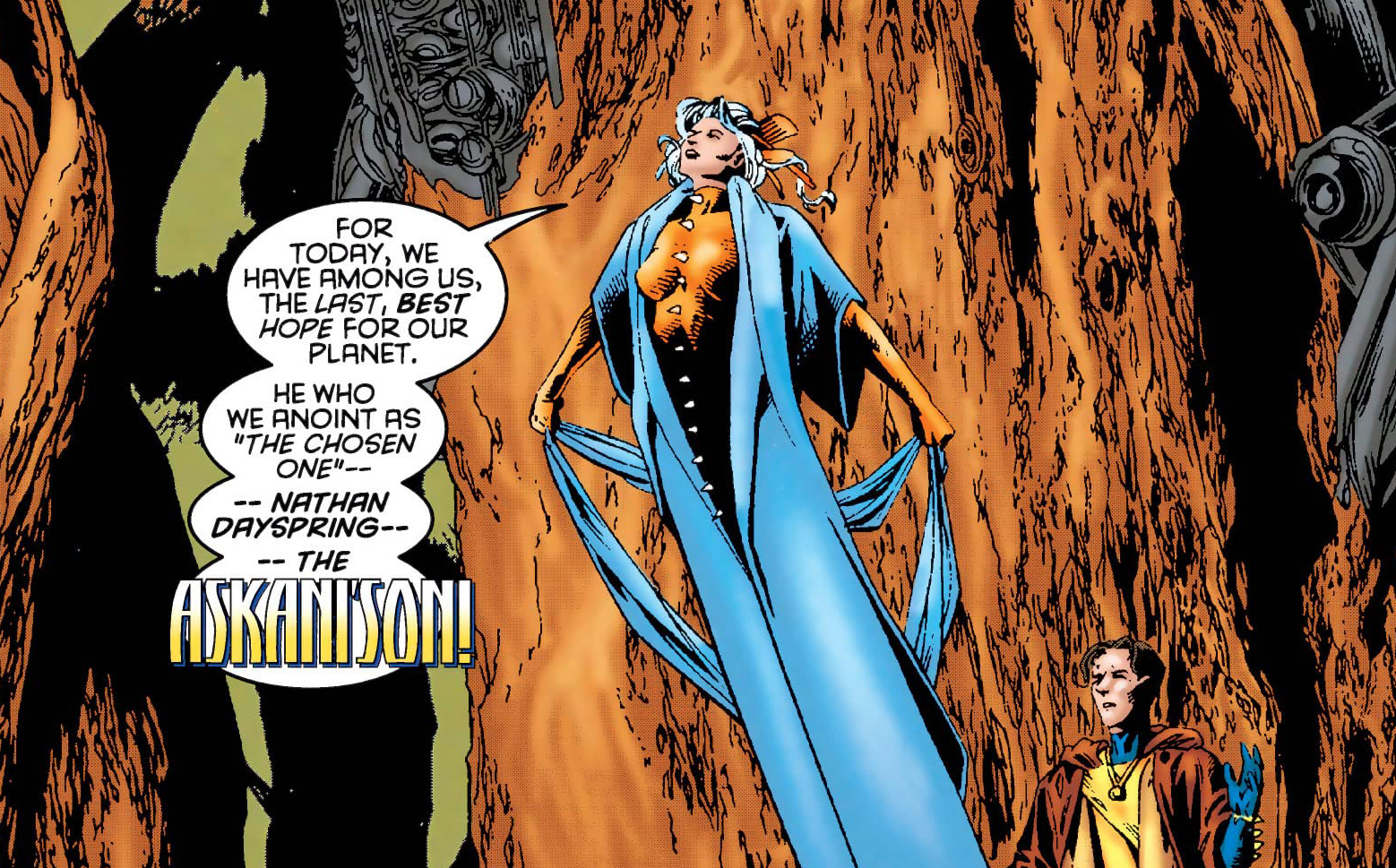 So what does this all mean? Well, it’s very much like the MCU to pick and choose which parts of canon, characters, and naming conventions they want. And this is more than likely an example of the writers’ room digging back into time travel stories past and finding a useful and catchy sounding name in the Sacred Timeline. But we are also living in a world where WandaVision referenced Wanda’s cow mom Bova and possibly left Wanda at the magical Mount Wundagore, so never say never. If we’re thinking on those terms then the time travel shenanigans of Loki could easily introduce the Summers, the Askani, or even Tanya Trask.

For now, though, it’s a simple use of naming. But the connection to the Summers and Rachel in particular is worth keeping in mind, because she was born out of one of the most famous Marvel time travel stories of all time: Days of Future Past. So as Loki traverses the timeline, we shouldn’t be too surprised if we see some references to those iconic X-adventures.

Guardians of the Galaxy
The GUARDIANS OF THE GALAXY: VOLUME 3 Trailer Is Here At Last
Eric Diaz
2 MIN READ
SEE MORE