In early 2020 (you know, the before times), LEGO released Super Mario interactive sets for young and old kids. And, in the past year, additional sets made their way into eager Super Mario fans hands. LEGO have just released the latest sets and they include a Luigi Starter Course and Bowser’s Airship expansion pack. 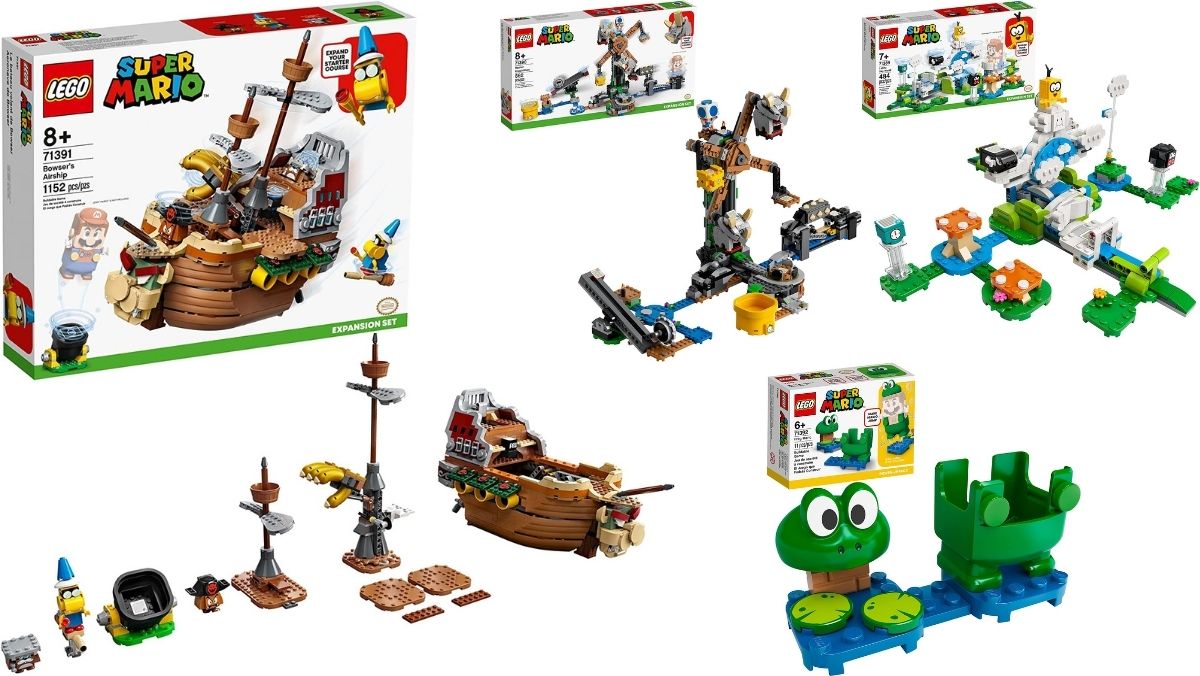 GameSpot featured the new sets, so of course, we had to see them for ourselves!

LEGO made the sets to be interactive; however, they are not video games. According to the brand’s website, the product line “lets kids experience the playful world of Super Mario in an entirely new way in the physical world. The experience features an interactive LEGO® Mario™ figure that collects coins in real-life game levels that have been created with LEGO bricks.” 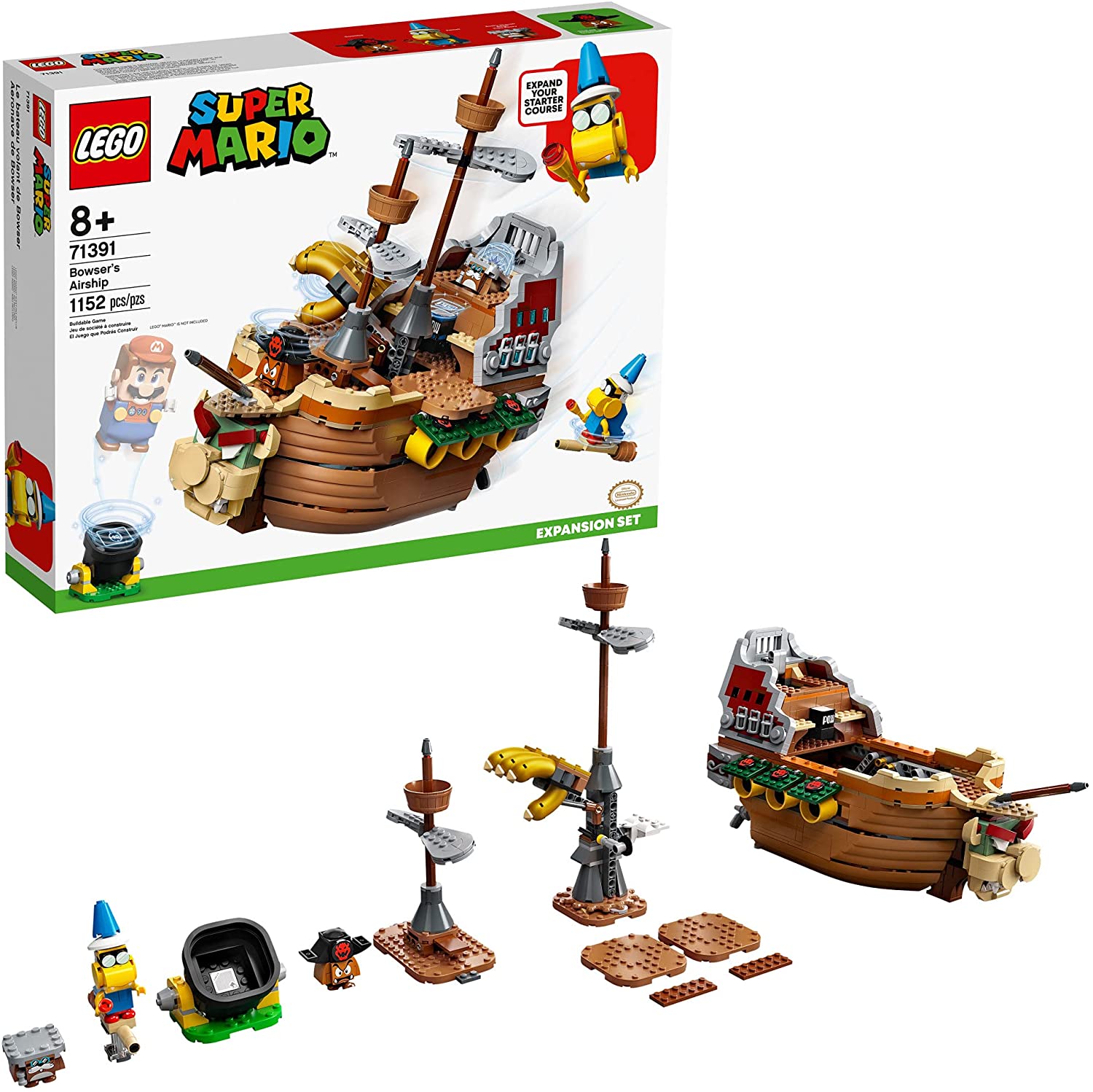 Additionally, a highlight of the new sets, Bowser’s Airship Expansion Set, has 1,152-pieces! That gives fans a shot at building a new level within the Super Mario universe. Imagine building your own Mario world and including Bowser and his airship along for the ride!

Also, the Airship can be arranged in two modes: ‘flying mode’ or ‘course mode.’ The set includes figures of Kamek, a Rocky Wrench, and a Goomba, plus a POW Block and a Cannon Start Pipe. 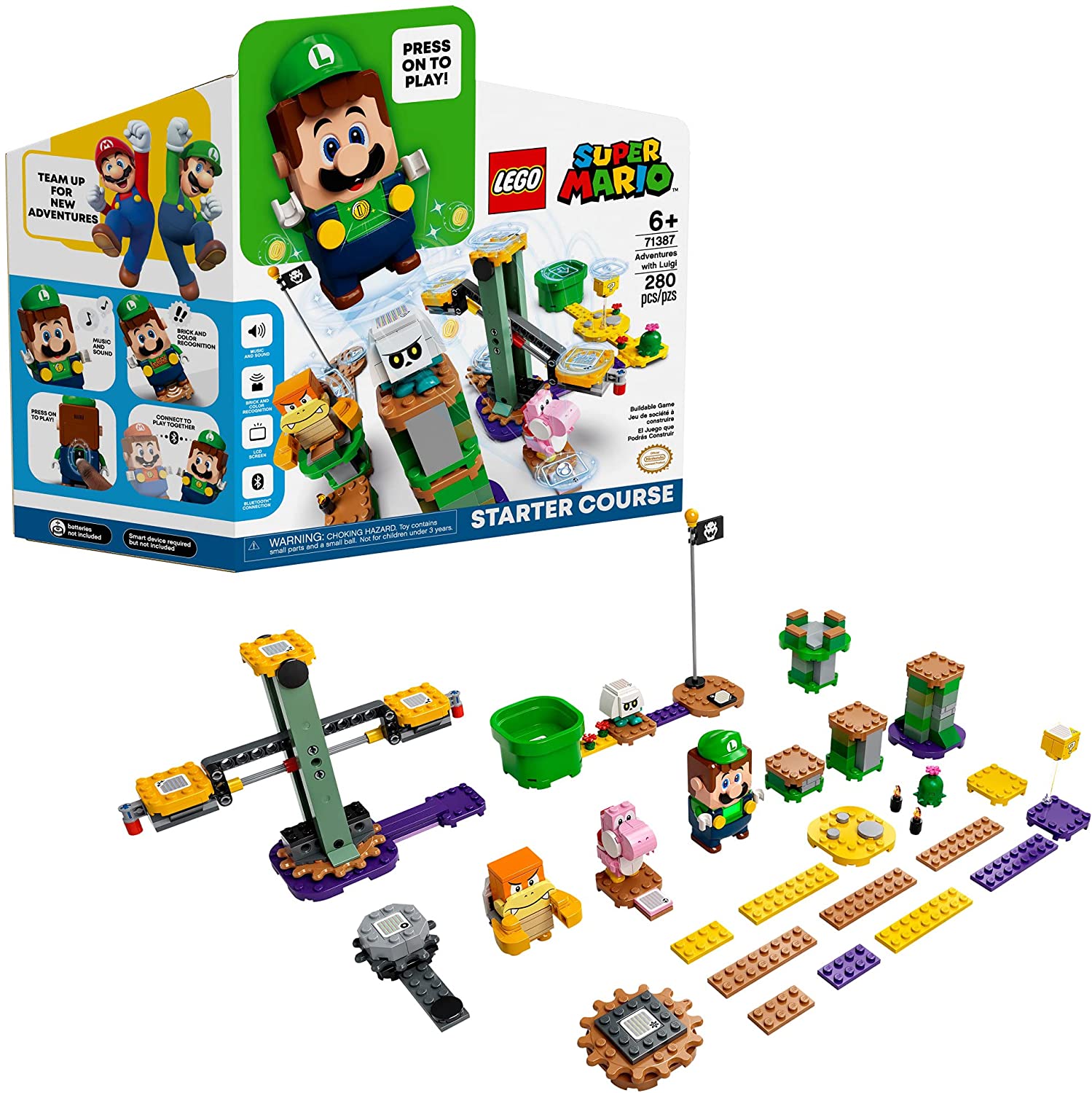 Everything looks so fun! Note: for interactive play, players must have the Super Mario Starter set that features a LEGO Mario figure

Interactive mode allows players to work together as a team or as competitors. With the Luigi Starter Course, now two players can play as both brothers for building courses and adventures. According to the brand, both the initial Mario figure and the new Luigi figure have LCD screens in their eyes, mouth, and belly to, according to the brand, “display a wide variety of instant reactions to movement, color, and action bricks.”

All items are now available at LEGO.