Although we’ve seen plenty of dextrous robo-hands before—including ones that can help robots exit cars in a very creepy way—they’re usually rigid and clanky. (To be fair, they are robot hands.) Some scientists are working on “soft robotic” hands, however. Such as this new one from a research team at the University of Maryland. And it’s so dextrous it can even use a remote controller to beat a level of Super Mario Bros. 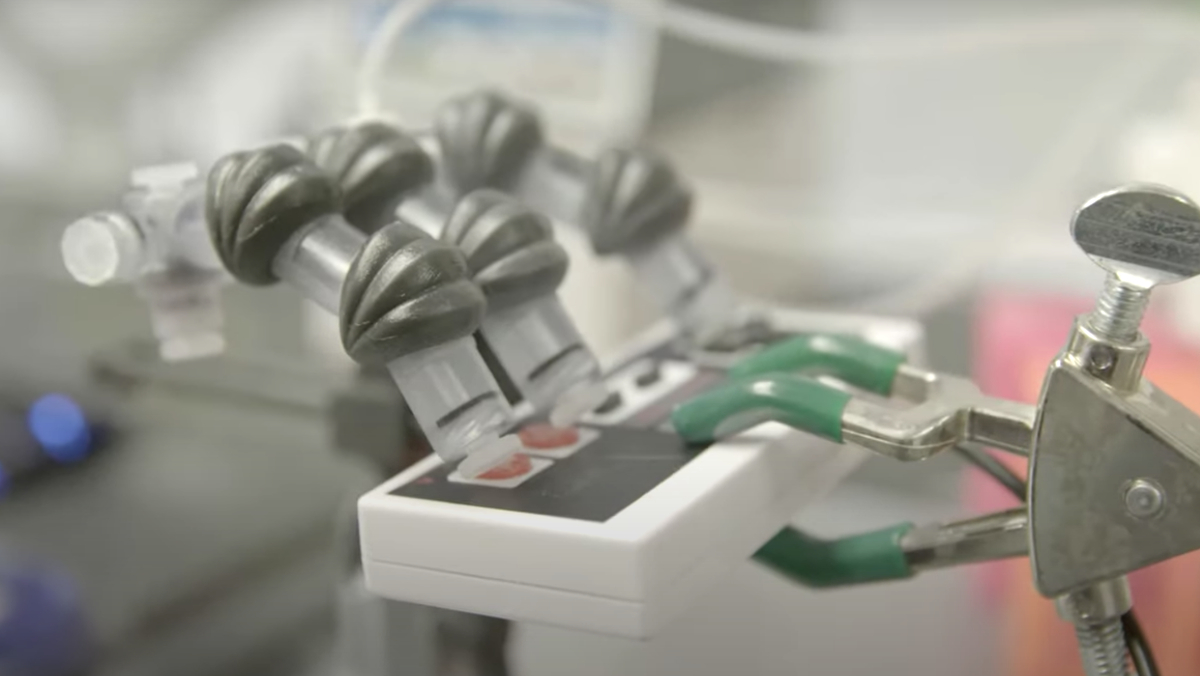 New Scientist reported on the new soft-robot hand. The University of Maryland research team, led by assistant professor of mechanical engineering, Ryan Sochol, said its aim was to 3D-print a soft robotic hand with “fluidic circuits” built into it; that is, a system of tubes through which air or a liquid could move in order to execute different, specific movements.

In this case, Sochol and his colleagues—who outlined their work in a paper published in Science Advances—3D-printed a hand that has actuators (basically appendages) as well as its fluidic circuits already integrated. One of the key features of the researchers’ hand is that it responds to a single control pressure. This means the researchers are able to use varying levels of pressure from one input to control the hand. For example, applying a low pressure only causes the hand’s first finger to move. With more pressure, the fingers press more button combinations.

To prove that their hand works as intended, the researchers developed a computer program that can give the correct inputs to beat the first level of Super Mario Bros. They then used the program to direct the soft robotic hand to play the game via an NES controller, using different levels of pressure to move the different fingers.

As for the results? The soft robo-hand was able to beat Super Mario Bros‘ first level with no problems. A feat the researchers say is impressive considering the video game’s difficult timing and level make-up. As well as the fact that a single error means a complete do-over. 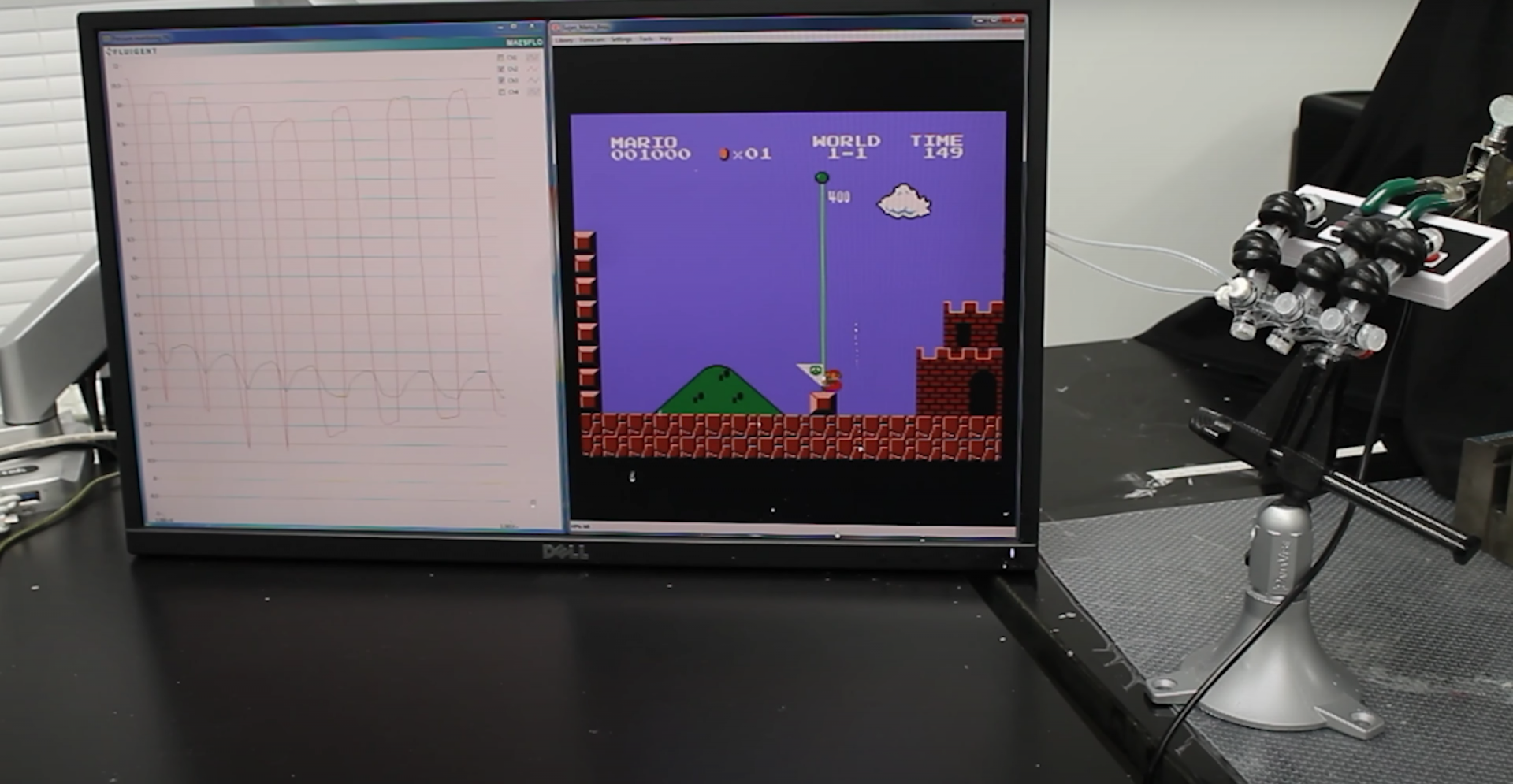 “Within the span of one day and with minor labor, researchers can now go from pressing ‘start’ on a 3D printer to having complete soft robots—including all of the soft actuators, fluidic circuit elements, and body features—ready to use,” study co-author Kristen Edwards said in a press release. And while that tech sounds amazing, we still think it’s a “Wahoo” or two away from entering into the mainstream.