Luigi Joins LEGO SUPER MARIO with His Own Starter Course

The folks at LEGO are welcoming another member of the Super Mario family into their ranks. Thanks to a report in Polygon, we’ve learned that Mario’s brother Luigi receives his own LEGO Super Mario set later this year. The Adventures with Luigi Starter Course will officially arrive this August. The entire set has 280-pieces. They include a green-colored plumber, a pink Yoshi, a Bone Goomba, and the level’s boss, better known as Bowser’s henchman Boom Boom. For a better idea of what the new set looks like, you can watch the announcement video right here.

The video illustrates how the key piece of this new set is the interactive Luigi figure. Mario’s slightly less famous brother comes equipped with a speaker and LED screens that allow him to spring to life. Luigi expresses various emotional reactions, mainly being scared. Meanwhile, the speakers play music and sound from the actual games. Coolest of all, Luigi comes with a color sensor. This allows it to have different reactions to the different colored bricks.

As with any good Super Mario-based LEGO set, this new starter course arrives with various obstacles you can build and incorporate however your heart desires. This set comes with platforms, a pipe, and a flagpole that gives the signal that Luigi has completed the course. The Adventures of Luigi Starter Course set is completely compatible with all previous Mario sets. 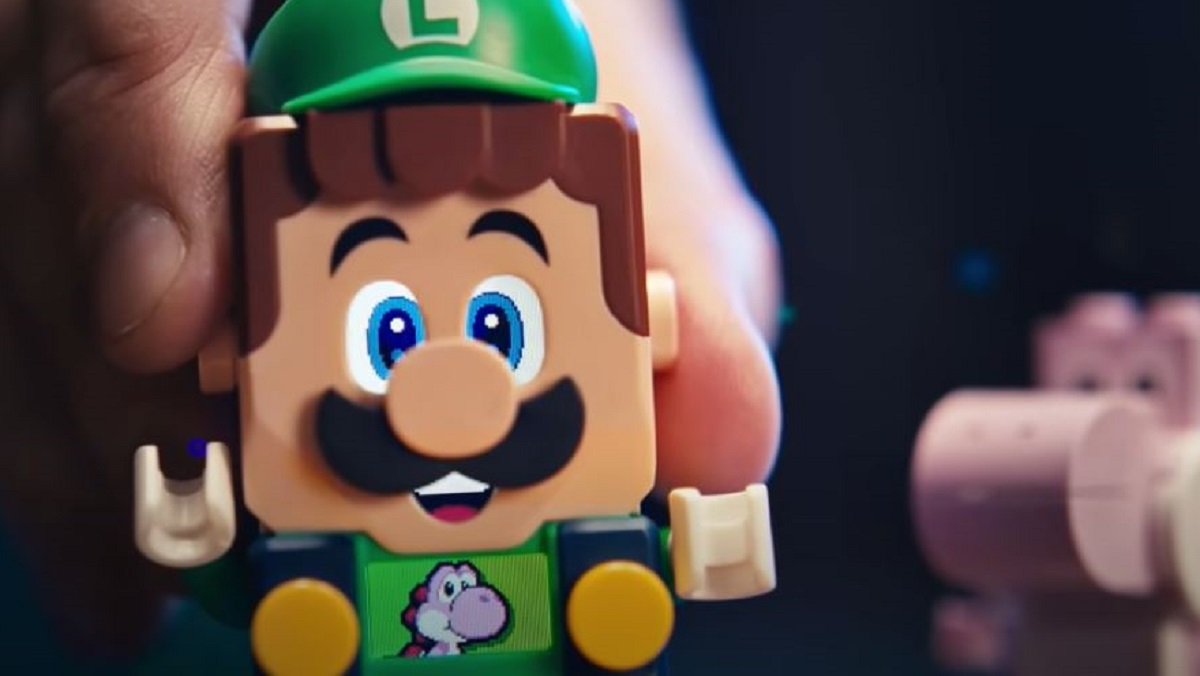