Holy Bricks, Batman! DC Comics and LEGO, a dynamic duo, announced new playsets just in time for the Dark Knight’s 80th anniversary. Not only will you find classic locations like the Batcave and Arkham Asylum in new LEGO form, you’ll see fan-favorite vehicles like the Batmobile and Batwing, and even a timely team-up with Shazam.

The six LEGO sets celebrating Batman’s 80 years in print will be in stores starting August 1, 2019. An epic Batman and Mr. Freeze 200-piece battle, complete with Batcycle, is available one month earlier exclusively at Wal-Mart.

The Batmobile chase set featuring the Joker looks like it’s straight from of the streets of the Gotham in 1989’s Batman. The amount of detail LEGO fits on a minifig is impressive; especially here, with the hints Jack Nicholson in Joker minifig. And just look at the little flame on the Batmobile. It spins! 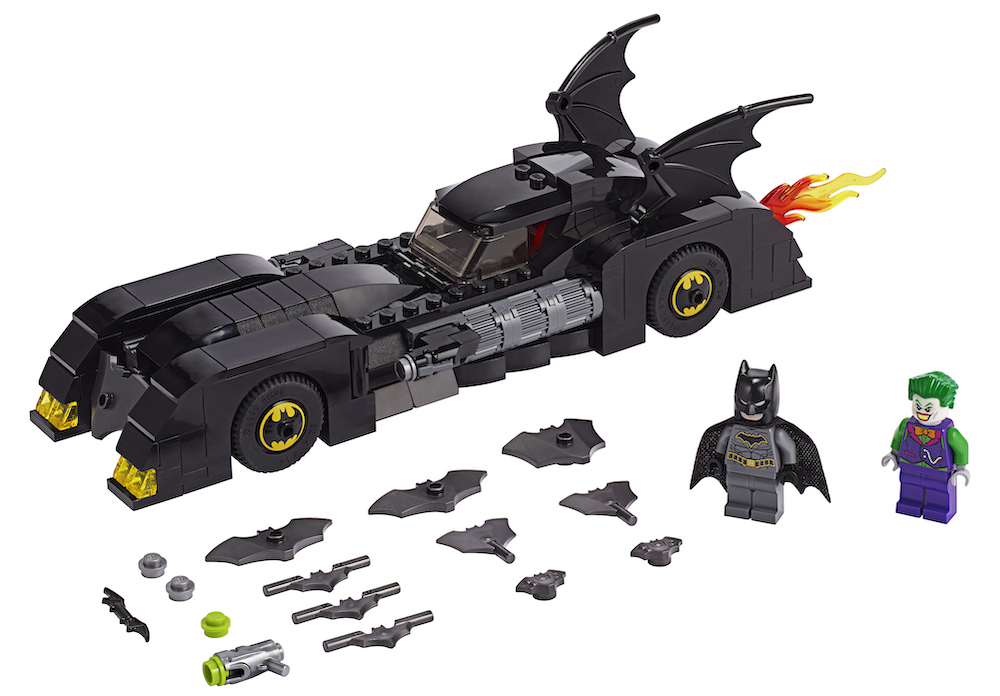 When the baddies take to the skies, Batman calls in a friend to help take them down! The Riddler doesn’t stand a chance against Shazam and Batman in his Batwing in this 489-piece set. And little does he know, Commissioner Gordon is standing by to take him in.

The over 1,000 piece Batcave battle weighs in as the largest set. It includes members of the Bat-Family squaring off against Clayface, Catwoman, and Two-Face. The details in this set are precise, from the displays on the Bat-Computer, to the giant penny and Tyrannosaurus Rex that we know no Batcave would be complete without. 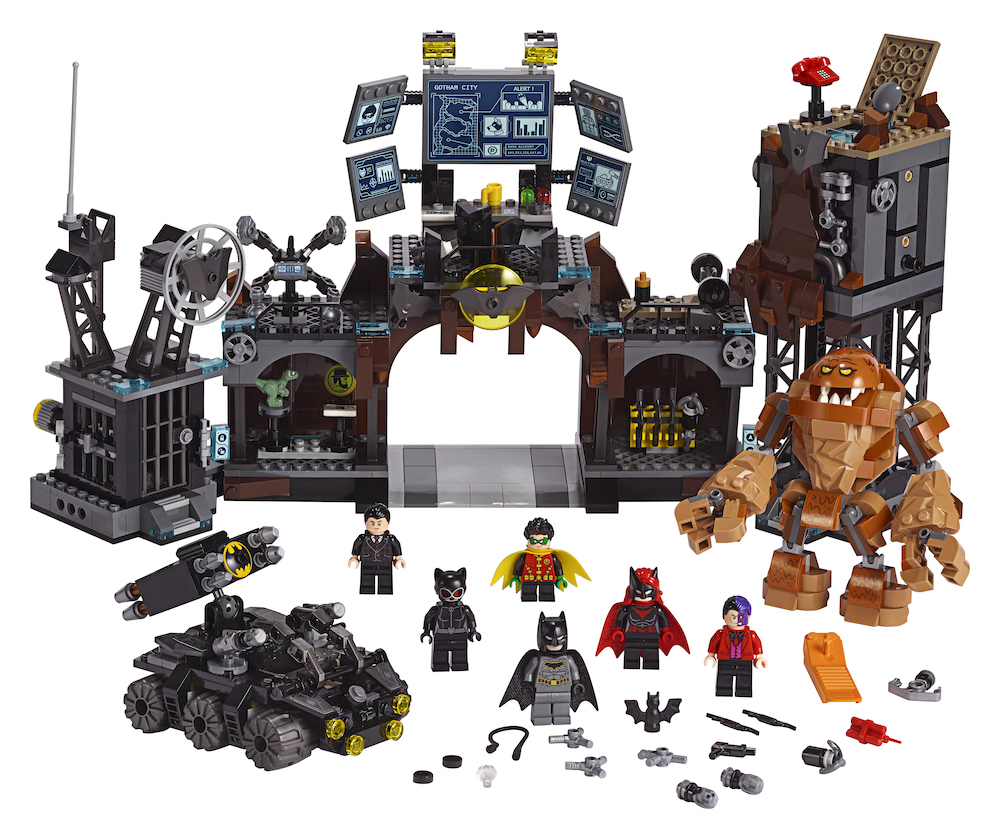 Two other sets feature a face-off between Batman and the Riddler, and Batman and the Joker at Arkham Asylum. All of these sets make a fantastic way to celebrate the heroes and villains of Batman, who have all made a permanent home in pop culture. Here’s to more years of adventure with the World’s Greatest Detective. 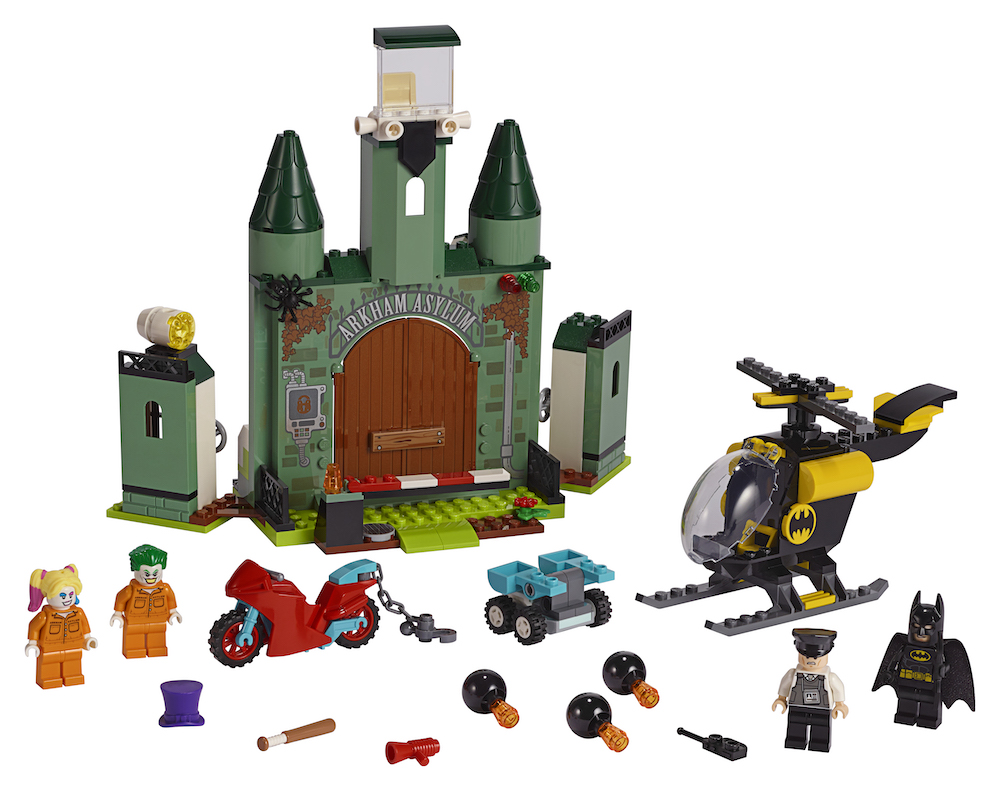