This Laser Cutter Lets You Engrave Almost Anything with Ease - Nerdist

This Laser Cutter Lets You Engrave Almost Anything with Ease

Owning stuff is fun and all, but have you ever tried engraving literally everything around you? If you want to try, there’s now a Kickstarter campaign for a mobile machine that can do just that. And it’s called—wait for it—the “LaserPecker.”

The Kickstarter campaign for the LaserPecker is doing phenomenally well, despite still having two weeks left to raise funds. The campaign for the device has raised roughly $4.3 million on a goal of only $10,000, and many of the 5,000 backers are throwing down $600 to reserve one of the laser cutters.

In the video above, the team behind the LaserPecker demonstrates how it’s able to engrave everything from flasks to skateboards. The LaserPecker—technically the LaserPecker 2—uses an “ultra-fast” five-watt laser engraver; one that’s strong enough to burn designs in not only leather and wood, but also stone and steel.

After setting up the LaserPecker, users are able to make designs on their phones for engraving guidance. The machine then provides a preview of the design on a given object, and, finally, uses its laser to engrave it. The LaserPecker also has a pretty hefty power bank, which means engraving things on the go is no problem.

Also, somewhat miraculously, the folks behind LaserPecker say it’ll ship in March of this year. Although that makes sense as the company’s had a “mass production” plan in place for sometime. Which means if you’re looking for a permanent way to mark your stuff, you may be in luck later this year. 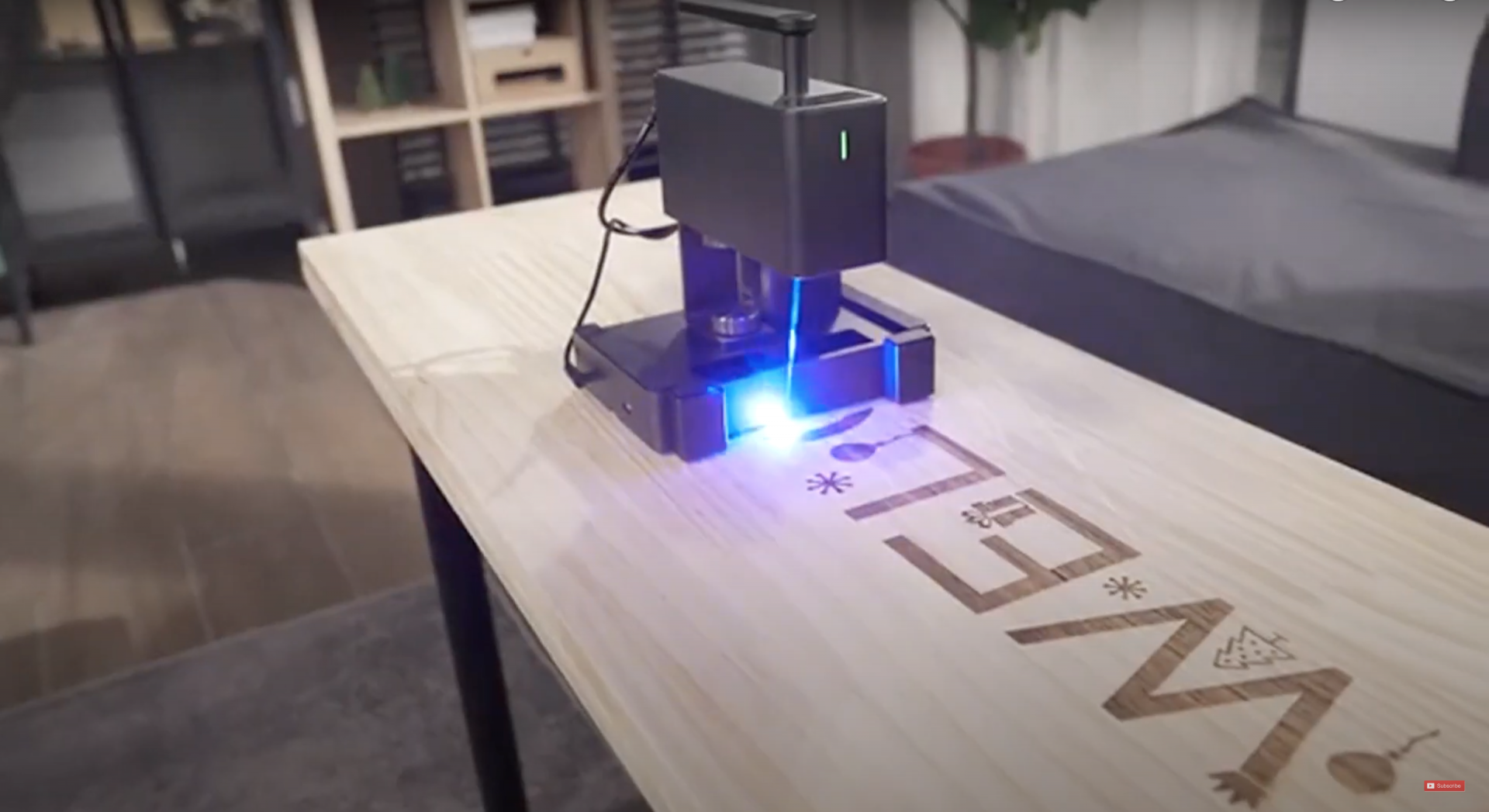 Or, if $600 seems like a lot for an engraver, and you feel like leaving your mark on the world in more ephemeral ways, there are plenty of avenues for that too. Although coming up with a custom logo and putting it on everything sounds like fun. That’s like, 42% of superhero branding, anyway.