“Has science gone too far?” is a question we should all be asking ourselves on the regular. After all we’re moving through an era where scientists can do everything from make squid clear to levitate melting metal. Now, however, researchers at the University Hospital Düsseldorf in Germany have done something truly Frankenstein-ish: created tiny brains with semi-functional eyeballs. (May Galactus help us all.) 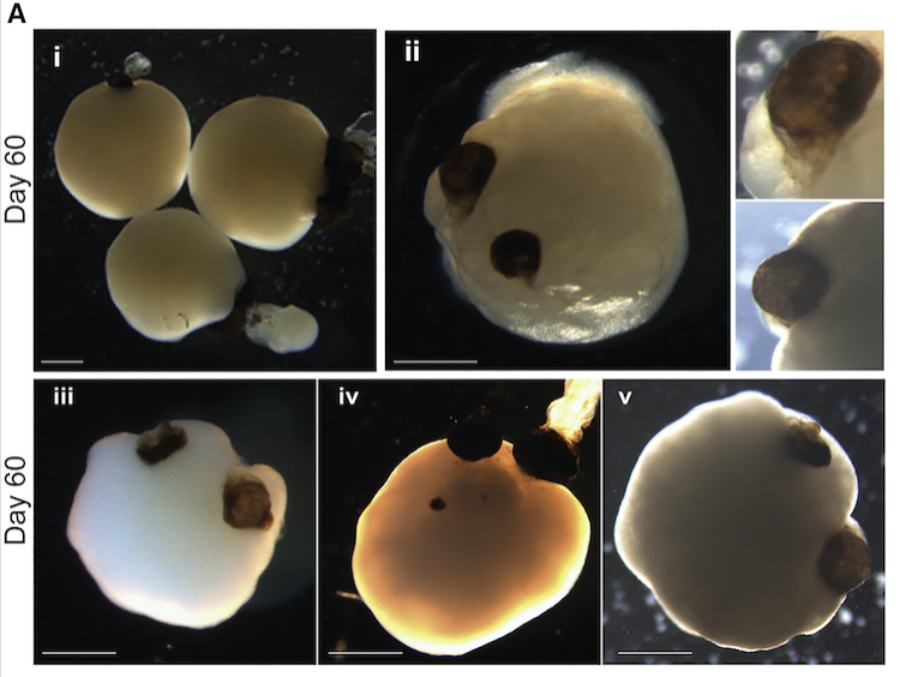 New Atlas reported on the scientific breakthrough, which the German researchers and their colleagues from other organizations outlined in a study published in the journal Cell Stem Cell. The researchers built upon previous experimentation with tiny clumps of cells known as “brain organoids.” They added primitive eyes to the clumps to help study the way the two organs interact with each other.

As the name implies, a brain organoid, or “cerebral organoid,” is very much like a tiny human brain. In fact, cerebral organoids can be equated to the brain of a ten-week-old embryo even though scientists grow them in vitro from stem cells. (Scientists produce the stem cells by reverting human skin cells back to their stem cell state.)

“In the mammalian brain, nerve fibers of retinal ganglion cells reach out to connect with their brain targets, an aspect that has never before been shown in an in vitro system,” senior study author Jay Gopalakrishnan said in a press release. “These organoids can help to study brain-eye interactions during embryo development, model congenital retinal disorders, and generate patient-specific retinal cell types for personalized drug testing and transplantation therapies,” Gopalakrishnan added.

As for what the eyed organoids were actually sensing? Gopalakrishnan and his colleagues say the organoids’ eyeballs were indeed detecting light. The spherical sensors even contained primitive lenses and corneal tissue. Although we still have no idea if the brains “experienced” these light images. And while we’re guessing not, that may change as scientists continue to push the edge of what’s possible.