This Scientist Came up with a Way to Levitate Boiling Steel

Florida-based YouTuber and scientist The Backyard Scientist has performed some truly wild experiments in his backyard in his eight-year career. We’ve seen the scientist electrocute meat and forge thermite swords. And now, because why the heck not, levitate boiling steel.

And yes, even though you may desperately want to try this at home (we do), you definitely shouldn’t.

The wild purveyor of “ Constructive Lawlessness” recently posted the video of his electromagnetic magic trick. He set out to achieve his long-time goal of “levitating and melting metal” simultaneously. Which, spoiler alert, he most certainly did.

In the video, BTS shows us how he built a super-powered induction heater to achieve his hot, boiling dreams. As the scientist explains, the induction heater works—in essence—by electrifying a metal coil. In turn, it makes electrons from the coil rip back and forth. As the high-speed electrons fly around, they create friction and heat any surrounding atoms. Including those in any hunks of steel. 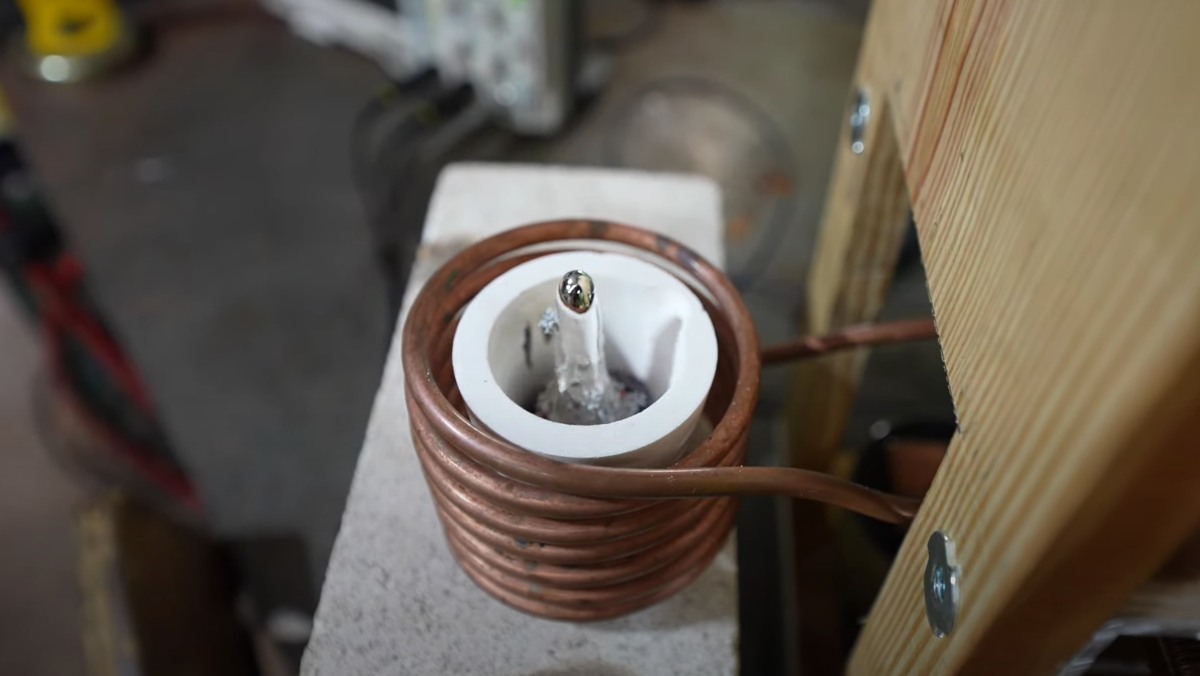 The whole build process is fun to watch. But, there are a few choice moments for those who like to see things pop, splat, and sparkle.

For example, a little over five minutes into the video BTS makes a small ceramic bowl of molten magnesium. Then, as the induction heater melts the metal, it pops in drops that looked like bullets from the slow-mo parts of The Matrix.

As for the actual experiment, the incredible demonstration begins about eight and a half minutes in. The Backyard Scientist loads a chunk of steel between his contraption’s coil. Then he steps (way) back as he sends massive currents of electricity through it. Just as with the magnesium, the steel soon melts into a silvery liquid. In a very surreal manner, it floats between the electrified coil thanks to its magnetic fields. Speaking of which, who else wants to see this natural philosopher tackle a ferrofluid project next? 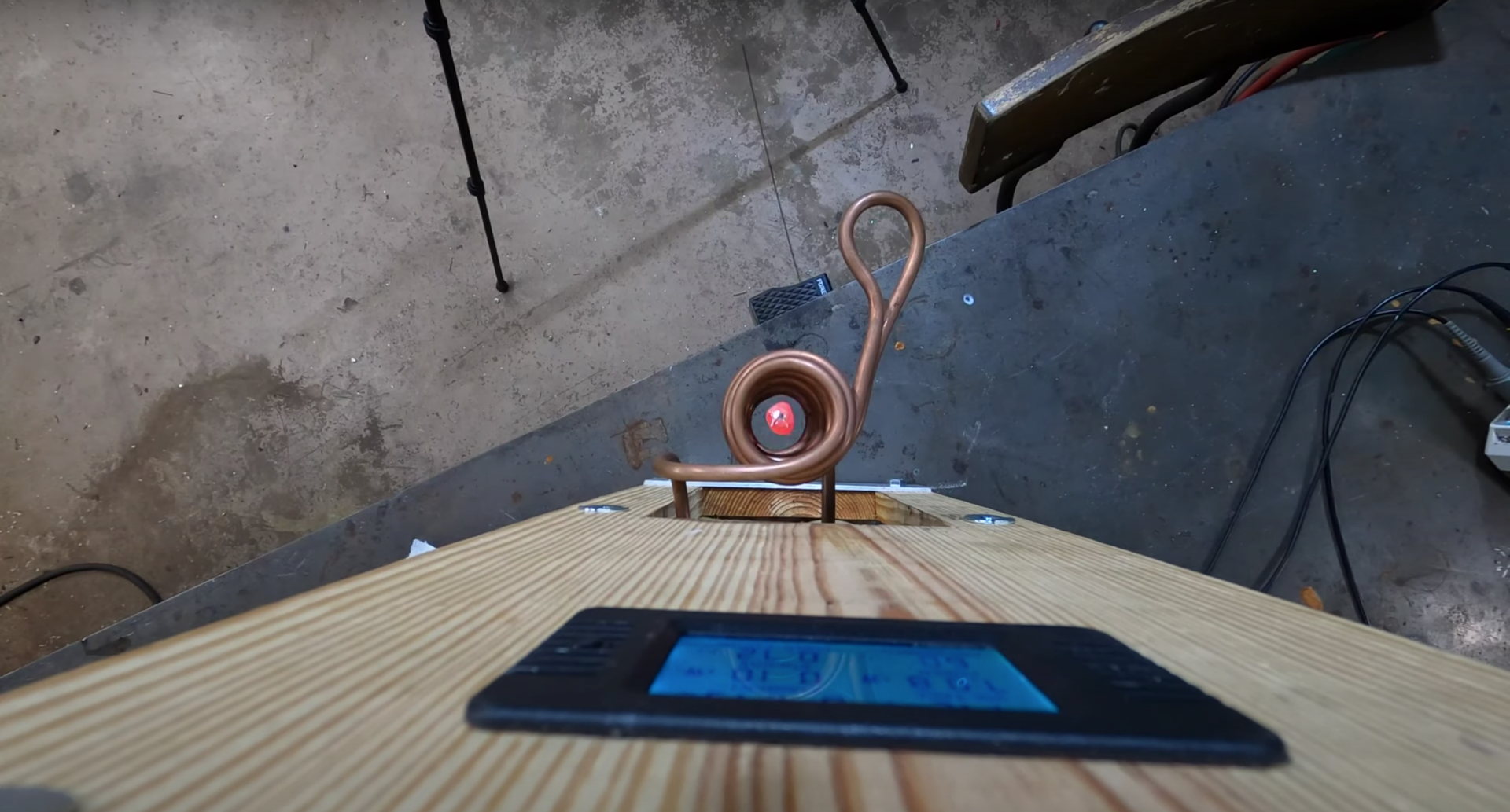