New 32-Inch-Tall Galactus Figure Is a Devourer of Desktops

Behold, the Cosmic Power itself! And by “Cosmic Power” we mean this new 32-inch-tall Galactus from Hasbro’s “Haslab” subsidiary. The beast of a figure, which has 70 points of articulation, is the largest-ever member of Haslab’s Marvel Legends squad; surpassing even the 26.3-inch-tall Sentinel. The price of the figure, however, is, like its villainous inspiration, quite daunting. 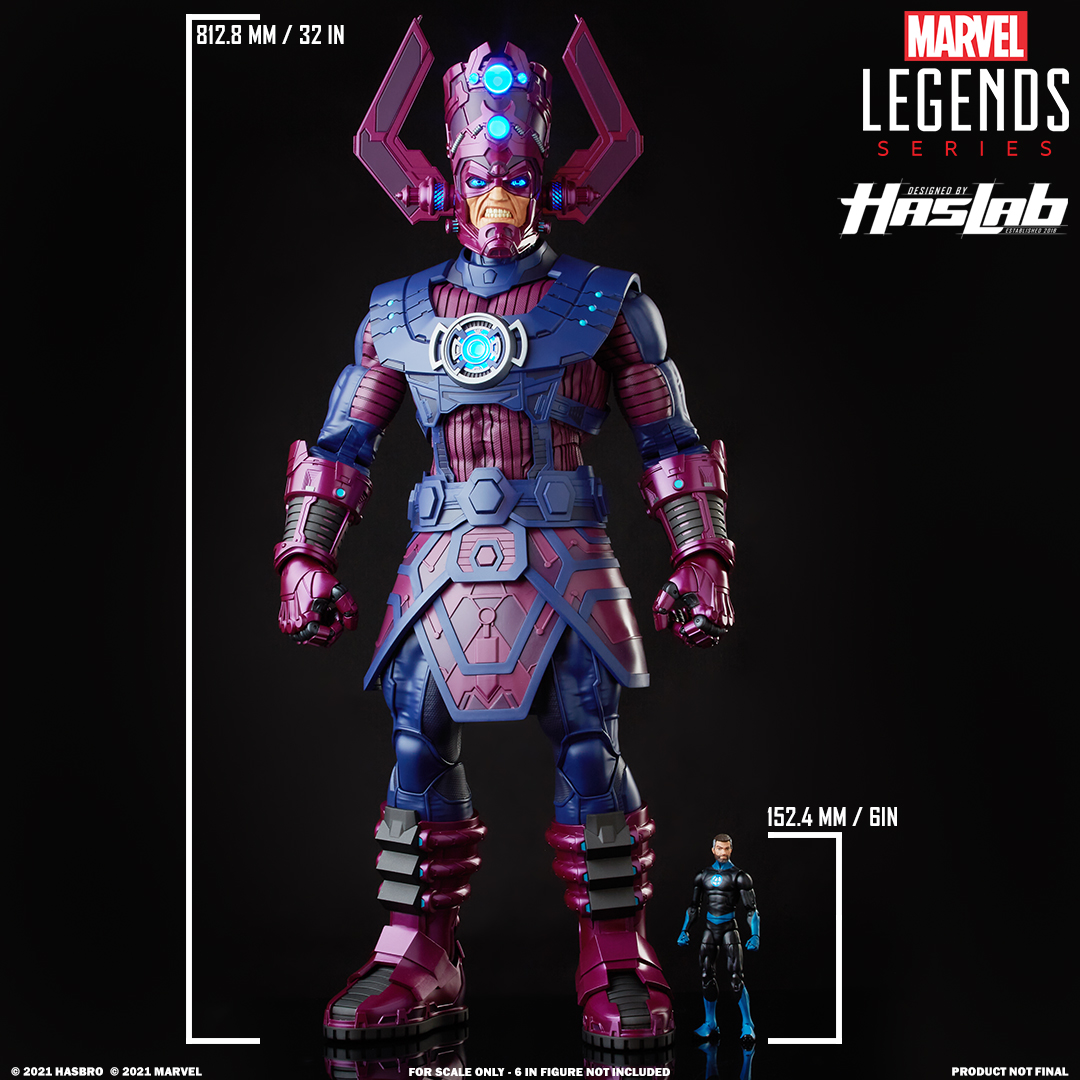 Haslab recently announced the epic Galactus, which is already available for purchase online. Sort of, anyway. As with other Haslab figures, including the Sentinel, the Galactus figure will need 14,000 “purchases” before Hasbro will actually produce it. If the target’s hit, however, the figure will ship in Fall 2022.

Despite the funding campaign and potential wait time, the Galactus will be well worth it for huge Marvel fans. The (relatively) gargantuan planet-consumer includes more than 300 pieces, as well as LED lights in the head and chest. The figure also comes with three swappable faces for alternative expressions. Although, sadly, the accompanying six-inch-tall Fantastic Four action figure won’t be included. 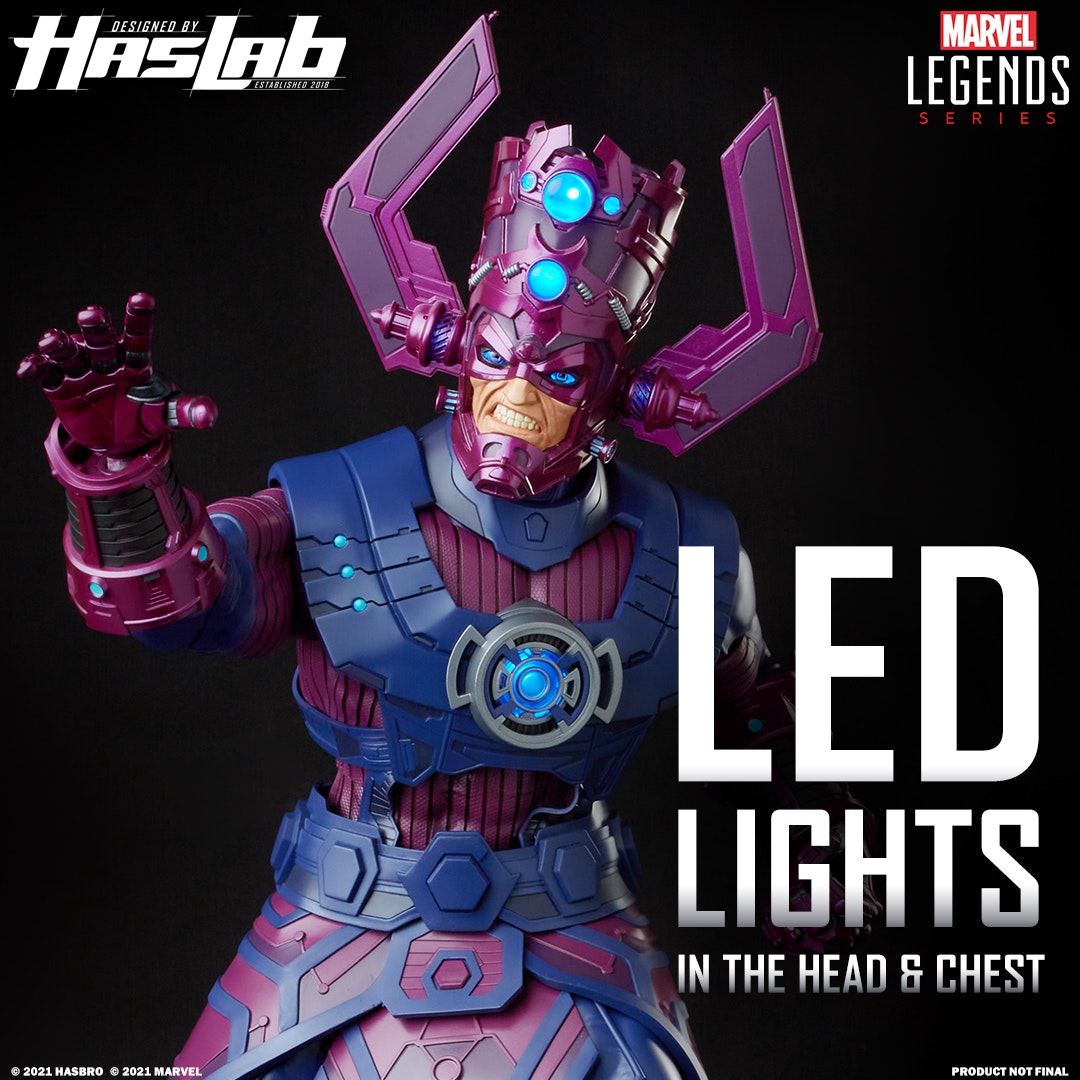 As for the Galactus figure’s price, it is indeed an Ultimate Nullifier of wallets. Haslab has given the figure a $399.00 price tag, and obviously that’s without shipping and tax. The giant figure also needs approximately 11,000 more backers in the next 45 days, or the project will be discarded.

For anyone who isn’t Marvel enough to dish out $400+ for this Galactus, there are, of course, tons and tons of other figures out there. People who just like huge figures in general can grab this Godzilla Vs. King Kong set, for example. These retro Marvel figures are also available from Hasbro, and they are way less expensive. To be fair, however, what is money in the grand scheme of things? It’s not like you can bring it into the next universe after this one collapses in a Black Winter. 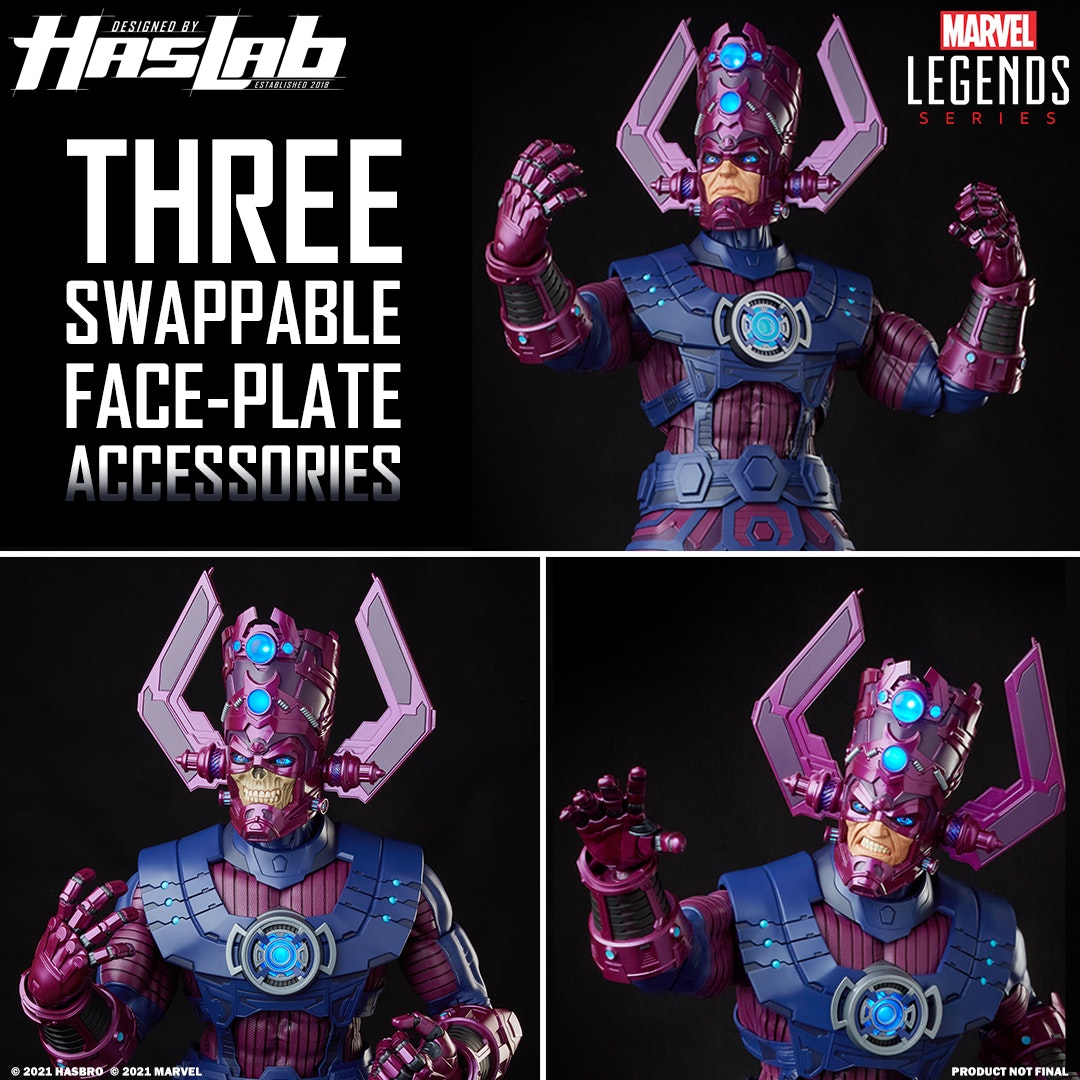